Jalpaiguri: Two things were immediately clear.  First, we had definitely arrived during the monsoon season with rain and the signs of rain everywhere around us.  Secondly, we were absolutely in the tea garden.   We could see rows of tea plants virtually from the minute we left the apron of the airport.

A car from the Tea Board picked us up at the Bogdogra airport, we dropped our stuff off at Sinclair’s Hotel in Siliguri, and an hour later we were in the heart of the tea garden in Jalpaiguri at a building that headquartered the Institute for Plantation Agricultural and Rural Workers, a Hind Mazdoor Sabha (HMS) union run and controlled outfit.  The strike had been going on for a week already.  Talks in Kolkata under government supervision had collapsed on Thursday with the owners and the multi-union bargaining coalition still a long way apart.  Samir Roy, the General Secretary for the West Bengal HMS, had preceded us by overnight train from Kolkata, and we were going to have an opportunity to meet the whole central committee of the union, since they were not working as it happened.

This was not the first strike in the tea garden.  Every new agreement seemed to give occasion to these constant conflicts.  Everyone could remember the 19 day strike most recently and the 11 day strike before that one.  The owners had offered 1 rupee per day as the extent of their increase (a rate equal to about a 2 1/2 cents — not percent, but cent! — raise per day).  Their arguments were the arguments of owners everywhere — low cost producers in Sri Lanka, Indonesia, Viet Nam, and elsewhere were undercutting the India tea market because the wages paid in India were “too high.”  It is sobering to find that the “race to the bottom” is run as fiercely near the bottom, as it is near the top!

The union had about 7500 members and was one of the smaller unions in the tea garden.  CITU, the Central India Trade Union, and the most left of the national centers, was the big hitter in the garden, as well as in Kolkata and the rest of West Bengal.  Another locally based union was the second largest with INTUC the next and so forth.

We listened with interest as the central committee members talked about fighting to end child labor in the tea garden (which though outlawed is still prevalent), increasing social security and health protections, and other promoting education in addition to their basic wage claims.  One of the sister members made a telling point that more than 70% of the workers in the tea garden were women, but that that number was not fully reflected in the unions and their leadership.  Certainly that is a call for a program and a priority.

We spent a lot of time talking about the forces that squeezed them globally.  I explained what the change in FDI and the entry of Wal-Mart and the other big boxes would mean to the loss of their market for tea, if they did not force concessions from the government at the bargaining table of change in this area.  They got it, but even as getting it meant a larger focus for an Indian national Wal-Mart campaign, the notion of how to stand their ground in the tea garden and leverage such a big world seemed immense.

Similarly, we tried to discuss whether there was a “fair trade” market for tea, similar to the one developing for coffee and other items.  Was their a market that would appreciate the fact that Darjeeling and Assam area teas were produced by union labor without child labor and other abuses?  Seemingly not at this point, at least to hear these sisters and brothers tell the story.  What could the unions do?  What could the Tea Board do?  This was not my area, but the conversation was both fascinating and fundamental to whether or not they could survive.

At the end of our conversation, we walked in the misty rain around the property.  They were raising high grade tea plants under canopies to sell to sustain their operations.  Jute, which had been the backbone of Kolkata’s exports to the world for decades, was being bundled to dry nearby.  Past their property line a factory was humming.  I asked naively what was being produced there.  Tea of course, was the answer.  Small sellers and tribal people raising tea as survival cash crop in scrap plots near their shacks were underselling the market, and the owners were buying everything available to maintain production.   In the twilight as we exchanged goodbye’s and best wishes on success of the strike, we were still witnessing the exploitation of poor workers and farmers when forced to choose between solidarity and survival, which made 1 rupee not as insulting as it might seem and the unions’ demands for 40 rupees not as little as it might be either.

This had been a vivid lesson for us.  A Wal-Mart in India could be the pipeline for mainlining raw products like tea from nearby countries to undermine the hundreds of thousands of workers in the tea garden, just as it could devastate the millions of small traders and shop keepers throughout the country by allowing into India even cheaper goods from China.  India only a simple half-step in unionization and wages ahead of its neighbors could face the same global pressures that workers at a much, much different level endured in the EU and the USA.

There has to be a better way! 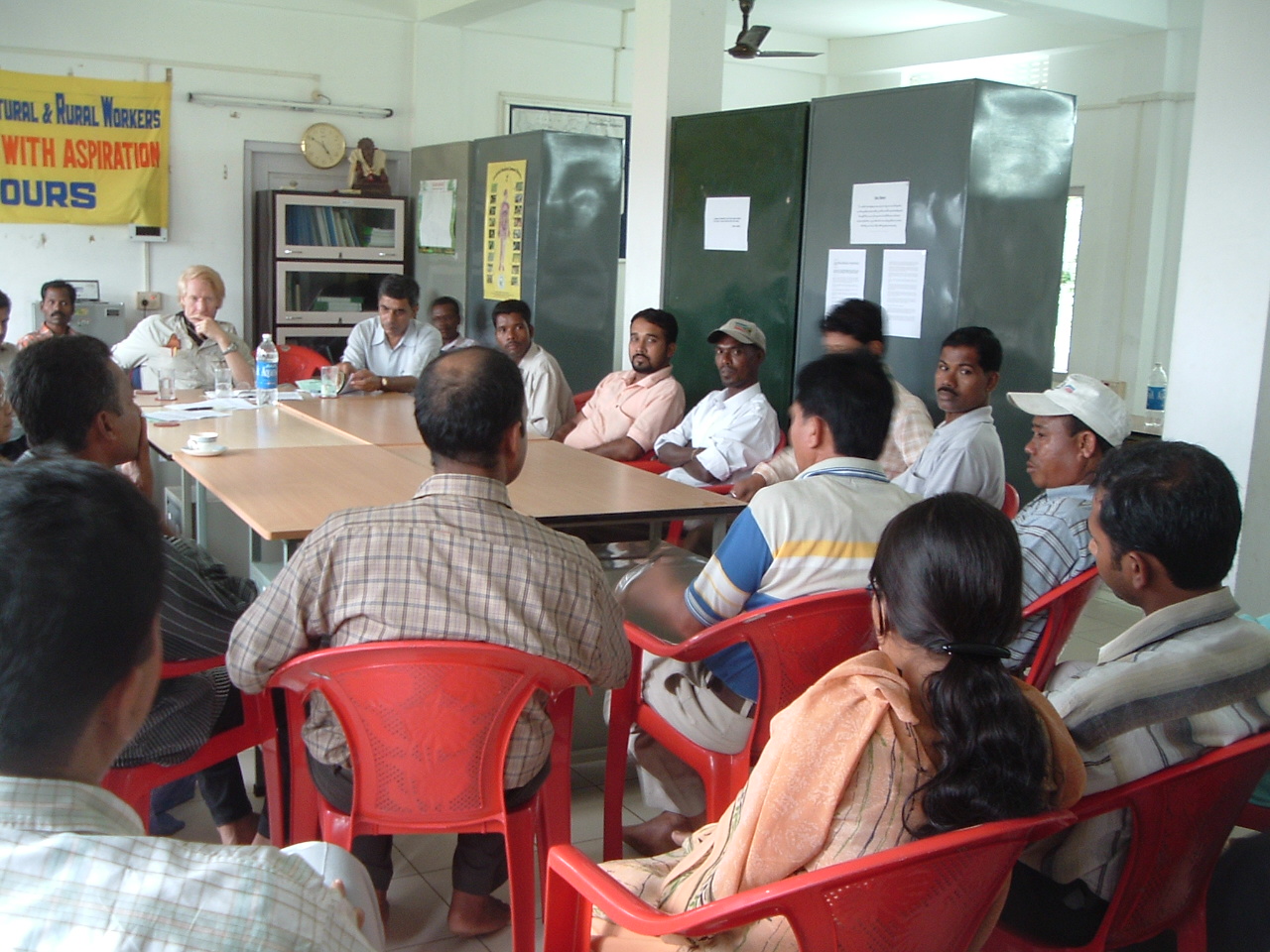 With Samir Roy listening to the Central committee’s ideas.
Stacking and drying jute.
Shielding the smaller tea plants from the sun.
The end of one social service in the fields.
Standing with the striking Central committee. 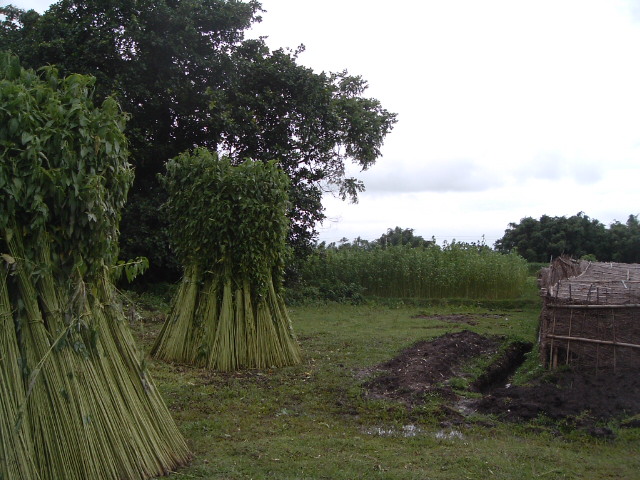 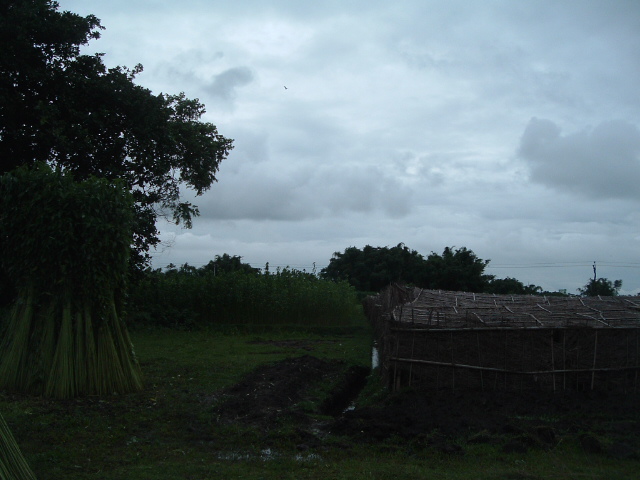 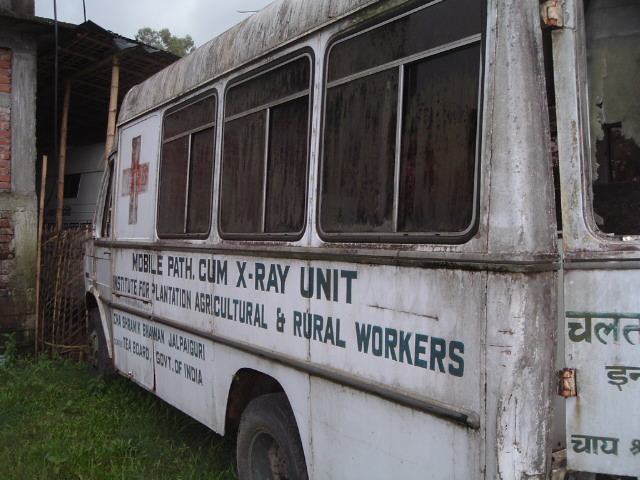 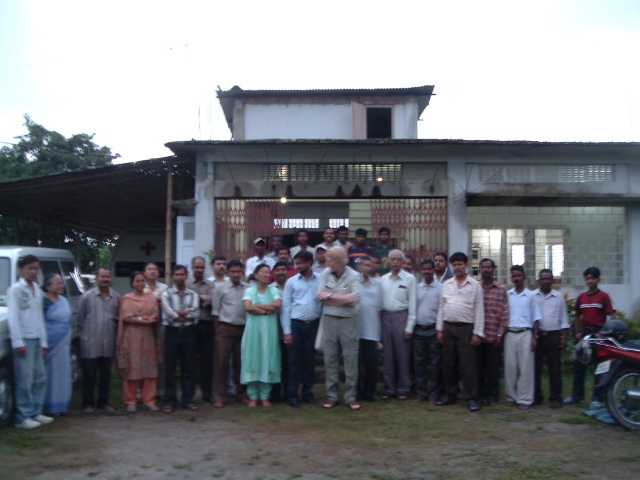 Kolkata: I had met Rabial Mallick earlier this year in the Philippines and knew that he had been involved in building community organizations throughout India from his home base in Kolkata, so high on my “wish” list for this visit was to find him and get a better grasp of the work.  I had been virtually stalking him for months in hopes of getting a better handle on this important development here.

In Mumbai, I had spent an information hour or two late early one evening meeting with several leaders and organizers from several of the organizations inspired by Mallick and his associates work in the country.  They worked and lead two different organizations in large slums of Mumbai called POWER and PROUD, which were both “peoples’ organizations” focused on the need for decent housing for slum dwellers.  POWER had recently marked its 25th anniversary and its accomplishments since its founding.  The slum was one of the largest in India with 400000 or more residents, and after decades POWER had finally won commitments to develop new housing units and relocate some of the families while they were built and house them once finished.  PROUD was based in a nearby slum and was facing similar issues.  The organizers were part of a small team of five (5) organizers dealing with not only these two larger and older organizations in Mumbai, but another dozen as well.  They made it the best they could.

I met Rabial Mallick late one night after arriving in Kolkata from Chennai.  His office was in the downtown area not far from my hotel, so in the few hours we spent together the scale and challenges of the work became even clearer.  Fortunately he lived only twenty minutes across the river in Howrath, so I did not feel as badly keeping him out in the evening against the constant and horrendous traffic of the city.   Mallick has been in the work for more than 30 years, having moved to the opportunity from activism in the student movement and tutelage of left professors active in the local labor movement and left government.  He was the “surviving” trainee of Herb White, a US based Alinskyite minister with the United Church of Christ, who had spent several years in the 70’s in Kolkata.   Mallick’s work had created a network of a hundred (100) different organizers in several Indian cities in addition to Mumbai and Kolkata with about 50 to 75 organizers.

I was curious how they were resourced and it was an interesting story.  Mallick was paid by CISRS — a Christian based Institute for Social Reconciliation — that arose from recognition in the 70’s that Christian churches were not playing a role in the social development of the poor in India despite a not insignificant membership in the country in some areas.  When India banned foreign donations and investments, the financial support from the World Council of Churches, Bread for the World, and a German church group were barred.  After several years the organization won a case at the High Court level proving that they were a “public interest” organization based in India, rather than anything else.  Having survived this scare, the church donors did the rare and unusual and essentially endowed the organization with a significant one time grant, whose interest and income had sustained the organizing now for almost 25 years.  Unfortunately, the support no longer is sufficient so Mallick and his organizations have been in a financial crises for the last several years while trying to exist on a budget of 5 M rupees, rather than 12-13 M rupees, which translates into US Dollars as the different between making it on m ore than $300,000 per year and now making due on a little more than $100,000.

The network has frayed.  There have been no meetings of all of the organizers for the last 2 1/2 years, so coordination has largely ceased.  The POWER anniversary celebration in Mumbai had led to invitations to all of the associated organizations, but attendance had indicated that some may be imperiled.  Each is nonetheless on its own.  Encouraging initiatives in Bangladesh, Burma (Myanmar), Pakistan, and elsewhere may or may not have had follow-up as resources dried up.  The external support, which had been so unique and substantial, had not been duplicated locally and international resources and priorities had changed with the fashion of the times and the constant challenges faced elsewhere.

Meanwhile the organizing continues as always and as best it can.  In Kolkata, Rabial shared stories of interesting drives that mirrored ACORN’s own work around not only housing but also living wages fights and efforts to organize workers in the informal economy.  Rabial and his team in Kolkata had been involved in an interesting project to organize “hawkers” — street sellers — into an association where they could protect income and markets.

The work is important and we need to find a way to create partnerships that keep these initiatives vital and growing. 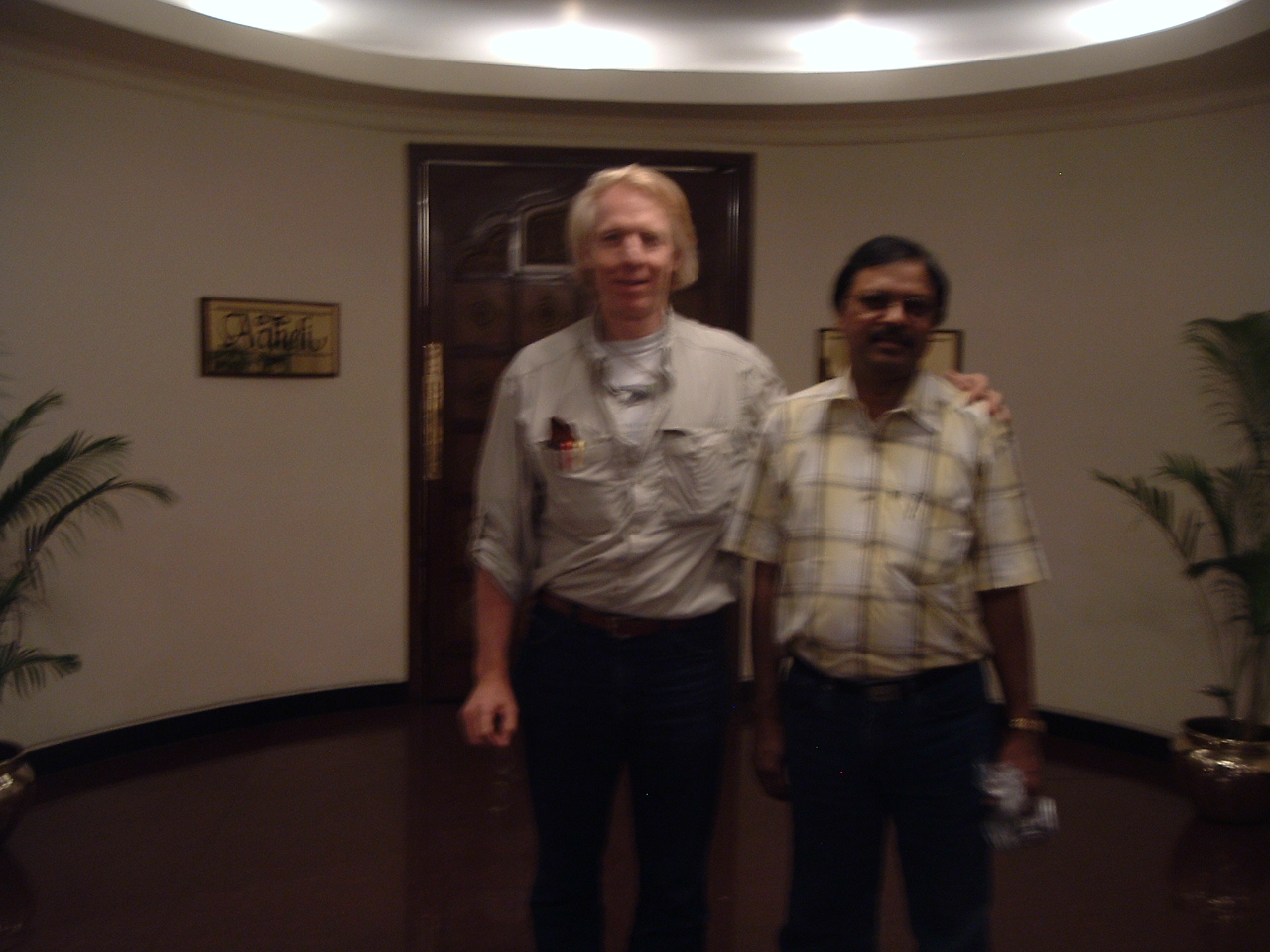