New Orleans     The National Committee for Responsive Philanthropy (NCRP) headed by Aaron Dorfman issued a report this week calling on reforms in giving by donors and foundations based on an extensive survey of the practices of 800 grant makers over a 3 year period. Foundations seem to have gotten a flying “F” grade for abysmal performance on the evaluation criteria set by NCRP. Not surprisingly, many of them howled, despite their usual demand for through evaluation of the outcomes of their own grants. Part of the problem may have been that NCRP actually stepped up and said that they believed that funders should more expansively support poor and minority communities at the level of half (50%) of their annual grants. Furthermore NCRP also argued for a small increase in the amount of giving from 5% to 6% of assets. Only 13% of the foundations (in other words hardly 100), of the 800 studied actually made the benchmark recommended by NCRP. According to reports published in the Wall Street Journal, Chronicle of Philanthropy, and elsewhere 120 charitable leaders indicated agreement along with Congressman Xavier Becerra, who sits on the House Ways and Means Committee and has jurisdiction over such matters. The Philanthropy Roundtable and other funding trade associations and lobbying outfits, not surprisingly, rejected all of these suggestions out of hand. More surprising to me is that neither NCRP nor Congressman Becerra indicated that they were pushing for more regulation or changes in giving and governance. Now that the Obama administration is finally talking about taxing the rich more, it would see a natural time to look at whether or not either more taxes or more benefits should be gotten for the tax dollar exemptions that exist in these philanthropic tax shelters as well. Hopefully, they will think about being a little more aggressive and putting some teeth behind their recommendations. Dorfman is a former community organizer with ACORN in Minnesota and Florida and then for years with DART in the Miami area, so he knows what he is talking about when one considers the funding “desert” for poor and minority communities for most funders. Not much cache involved in that, is there? For donors it is easier to be invited to a grand opening of something or other with champagne glasses tinkling than to sit on the stoop with a plate of red beans. NCRP has spoken some truths to money here, but let’s hope there is a lot more follow-up in putting some teeth to these recommendations. 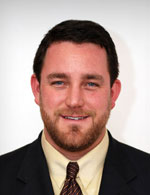