New Orleans There is no denying that it is hard to teach old dogs new tricks, but in organizing if we don’t learn some new ways, we stay stuck in the muck, whether it’s using Facebook for mobilizing volunteers in Buenos Aires or rappers, like Timbaland to help support our organizing in Dharavi in Mumbai in the wake of Slumdog Millionaire exposure. ACORN International was in the Hindustan Times so let me share the effort below:

November 4, 2006 Purva Mehra, Hindustan Times Email Author Mumbai, March 13, 2009 Reggae artist meets desi rappers Brawny patrons of the Gurudutt Gymkhana in Dharavi flexed and heaved on Thursday, not to the usual Bollywood disco beats, but to the reverberating bass of hip hop coming from two stories above. Vinayak Vaiti, the akhaada style gym’s burly proprietor, assumed a position outside his office to play host to his esteemed guests that evening — UK-based reggae artist Apache Indian and two US-based artists handled by Timbaland Productions, Amar, Rebel and music producer Jim Beanz. “It’s a good programme and I am happy to have them playing here. We know Apache’s music from those performing,” said Vaiti, whose gymkhana turns 50 next month. Vaiti is referring to an impromptu concert titled ‘Respect Recycle’ that had Mumbai’s most popular shanty in a hip hop haze. The gig was put together by Acorn International, a non-profit organisation, and 21 Tigers Entertainment, a Mumbai-based music marketing agency. “We heard of Acorn’s great initiative called ‘The Dharavi Project’, which supports the rag pickers of the area and the recycling industry within Dharavi, and created a concert around it because these artists under Timbaland were visiting Mumbai in any case,” said Jitin Abraham, co-founder of 21 Tigers. Holding onto their paper invites that read ‘Aao Dharavi Ka Josh Manao’, eight to 12-year-olds headed for the gym instead of home and added to the noise and crowd quotient. “I know Apache Indian,” boasted 12-year-old Sagar Sapkal. “I have heard Boom shak a lak and I also love English music such as Bebot, Rise up, Satisfaction and Belly Dancer,” said Sapkal, referring to his favourite hip hop tracks. Even in the presence of international artists of repute, those given real star treatment were the six members of Dharavi-based Tamil hip hop group, Sout Dandy Squad. “It’s D-Block season. We are proud of our hood and to be making music here. Tonight we are performing a new rap song on recycling that we composed for Acorn,” said 20-year-old Slim Styla. The climate solutions event saw the sole invitees, the denizens of Dharavi, engaging also with graffiti and installation artists. “This is the real India, and to work with and understand the talent here is great. I visit here four times a year and do a lot of charity gigs but it’s good that my team from the US is getting a different perspective on Mumbai. I’m here supporting Dharavi,” said Indian. With a little help from the Slumdog Millionaire shine that Dharavi continues to bask in, Abraham hopes to push the momentum forward with more such events. “It’s not a one-off gig. We are in talks to have the artists take up art and craft projects with the youth. If Slumdog… brought it attention, we intend to retain that,” Abraham said. http://www.hindustantimes.com/StoryPage/Print.aspx?Id=23779fe9-9f9e-4a0e-ae1b-b9494147f733 © Copyright 2007 Hindustan Times
And, check out Miss Milani as well: March 13, 2009
The Dharavi Project: from Slumdog to Slumdancer
The Dharavi Project: from Slumdog to Slumdancer Jump to Comments Now the last place in the universe you’d expect to hear Timbaland was making a splash would be Dharavi, Mumbai right? But I suppose stranger things have happened. Yesterday Timbaland Productions presented “Respect Recycle” The Dharavi Project to highlight the key contribution Dharavi is making to “change climate change.” Several artists of Timbaland Productions  headed into Dharavi to show RESPECT to Bombay’s rag pickers and the entire recycling industry that is based out of Dharavi, by celebrating music, graffiti art and sculpture at Shri Guru Dutt Gym, Dharavi Kolivada. There were performances by Dharavi based Tamil rappers, Sout Dandy Squad, Apache Indian, Amar (UK), Jim Beanz (US), Rebel (US) from Timbaland Productions, DJ Ashrafi, DJ Kedar as well as many more inspired dancers and artists, This first of its kind event was supported by, the Indian Youth Climate Network. The Dharavi Project (even the title has a cool ring to it na? I just figured out why it feels so familiar, does anyone else watch Lost and is totally intrigued by The Dharma Project?!) works with musicians, photographers, film-makers, writers and other artists so The Sout Dandy Squad performed with several international artistes. The purpose being to showcase local artistes and give the youth of Dharavi a chance to witness international artistes up close. Spotted bopping: Sapna Bhavnani and Apnavi Thacker ACORN International is a non-profit charity organization that works across 12 countries to aid marginalized sections of the population. Members of ACORN Foundation (India) have been working in Mumbai, Delhi and Bengaluru with waste collectors, hawkers and small business owners. In Mumbai, ACORN has launched the Dharavi Project, to support the rag pickers of the area, and the recycling industry in Dharavi, where the collected garbage is recycled. To spread awareness of the role of the rag picker, many of who are children and women, ACORN has planned a multi media programme under the Waste Matters campaign that involves a documentary titled Waste by filmmaker Parasher Baruah, taking students for recycling walks to Dharavi that was organised in association with DNA Newspaper and an Art and Photography exhibition. The next event by ACORN India is an Ecological Fair for the citizens of Mumbai, especially dedicated to students. The Eco-Fair has been supported by the MMRDA and the Mumbai Municipal Corporation and the Maharashtra Housing and Area Development Authority (MHADA).  The aim of the initiative is to spread awareness in students of the need to protect the environment, and how to manage solid dry waste. To involve students, various activities have been planned that are both informative about the cause and fun, so the kids will enjoy the experience. Besides participation of schools, the day-long fair will feature stalls put up by locals from Dharavi that will have on sale leather, pottery items, zari garments and food. 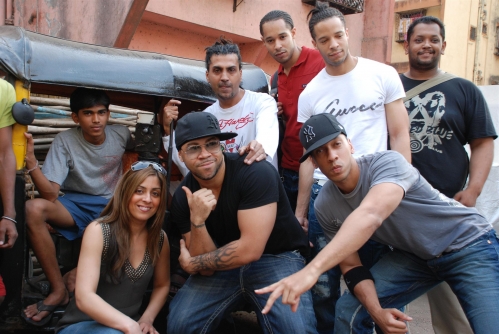 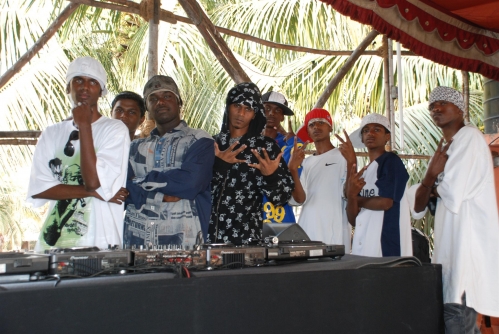 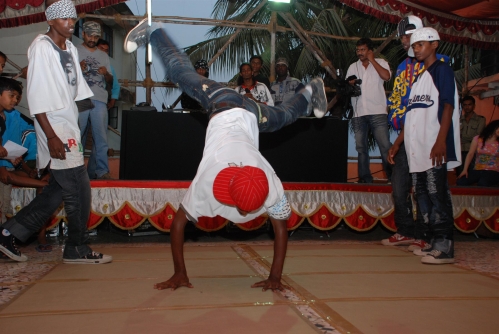