Mumbai    We arrived to find every seat packed in the meeting room at Xavier College that the Jesuits had offered us near Dharavi.  We waited outside because the100 folks in our membership meeting were transfixed watching “Waste,” a short documentary film on the work of our ragpickers made by our friend Parasher Baruah.  We heard some good news that the film, which benefits ACORN India has been given a special invitation to be presented at the Munich Film Festival later this spring in mid-May.
The film was moving and some of the “stars” of this reality piece were in the room which made the applause even louder from family and friends.  The two “promo” pieces that featured a famous Bollywood producer asking for Respect for Ragpickers and ending with a clear eyed pitch for support of ACORN International and the ACORN Foundation of India simply blew me away though!
But the times when our members faces really lit up is when they heard that we had negotiated a very basic health insurance “scheme” (as they call all such things here) which for 300 rupees per year would the worker, for 450 rupees would cover the worker and the family up to five members, and 600 rupees would handle up to seven in the family.  A rupee is roughly 50: 1 USD.  This was huge.  One woman who I met after the meeting was a member herself and had seven sons all of whom are also our members.  This health insurance scheme, which is part of a national program we negotiated in Mumbai and are expanding to Delhi and Bangalore now, was huge for her.
And, so were the smiles as the first 40 members received their laminated, photo identification membership card.  They struggled to find their way to the front, often with a baby on the hip, with real pride.  The card at its simplest is proof that they are our members and in the union, but the members who often lack some piece of paperwork as migrant workers, also are able to use the card to protect their livelihoods, get the police to back off, and any number of other uses.
Our work in Dharavi has really taken some huge leaps in the last six months.  It was an honor to listen and shake the members’ hands. 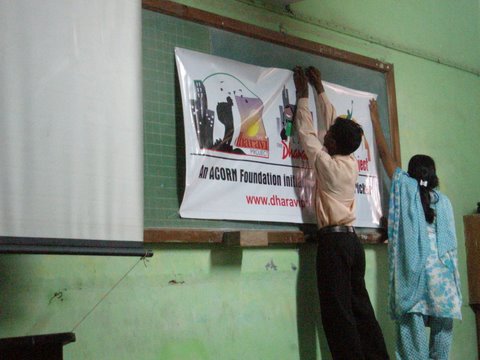 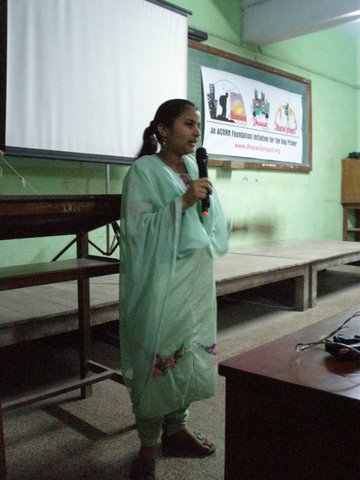 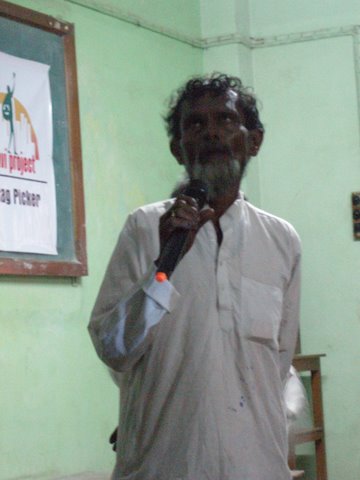 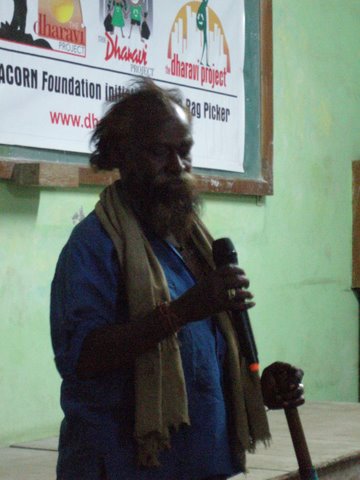 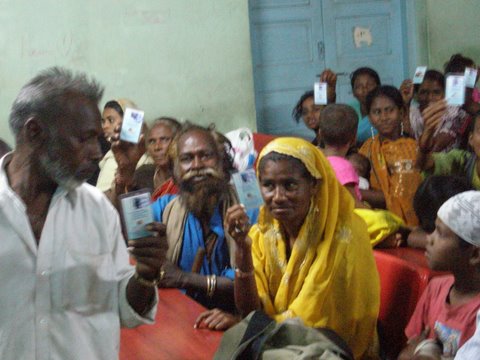