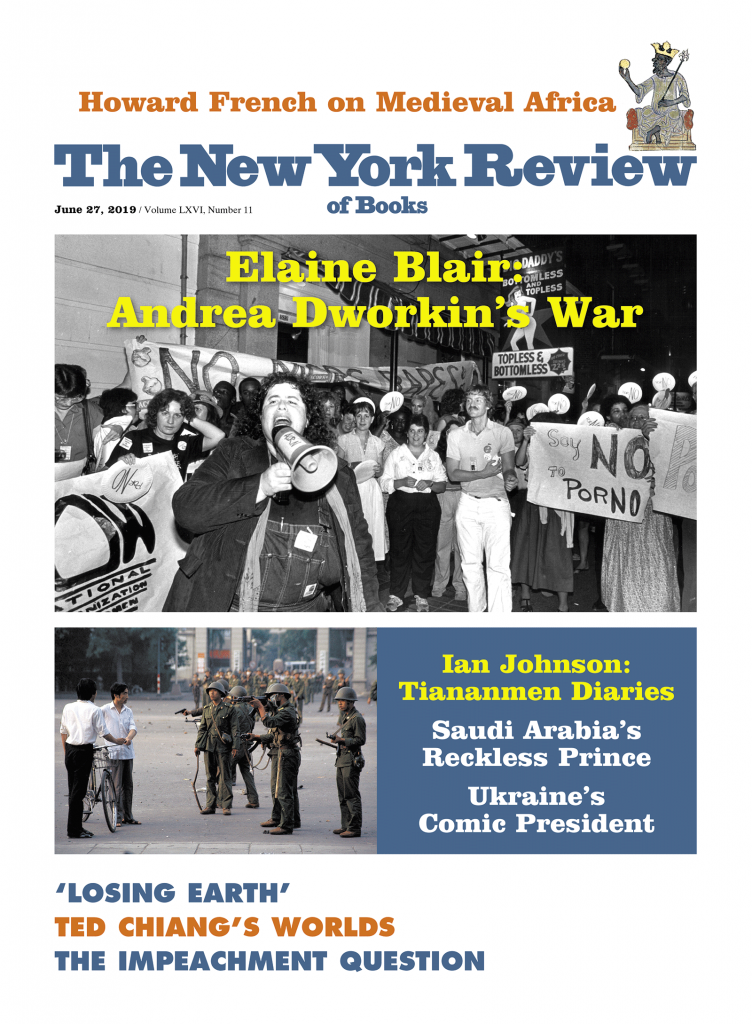 Buffalo       The New York Review of Books is not exactly everyday reading for the masses.  As a publication, it is what its title implies:  a review of books.  It is also a cultural touchstone for the last more than fifty years for the intelligentsia with long form essays on arts, movies, politics, and other matters where it can offer an in depth, analytic and almost academic intellectual litmus test for its readership.

None of this is particularly relevant in and of itself, except that as one of the ripples in the tidal wave of the #MeToo moment, Andrea Dworkin, the fiery feminist and anti-pornography activist is having a revival and a reassessment for the prescience of some of her arguments about the violence, abuse, and subjugation of women, that might have seemed extreme during her lifetime.  The current issue of The New York Review of Books has a iconic picture of Dworkin leading a “No Porn” rally.  If you were to see the picture and look closely there might be some surprises in store, so let me tell some of the story behind that picture.

What was going on?  This was a march joined and led by Dworkin and ACORN and some women supporters who were attending the NOW, National Organization of Women, convention in New Orleans in 1985.  They were marching down Bourbon Street against the exploitation of women.  In the era before cellphones, Butler had taped a map of the route of the march on Dworkin’s door at what was known as the Roosevelt Hotel at that time. This had been controversial at the convention with some of the “ACLU feminists,” as the Dworkin allies termed them, but they were pulling it off by confronting the strip joint culture of the “city that care forgot.”  A club called Big Daddy’s is in the background in the photo that ran in the New Orleans Times-Picayune” had been a special target of the action.  The place was notorious for the giant legs of a woman swinging out the door and into the street luring customers into dark spaces.  Reacting to the action, Big Daddy’s was able to get the police to arrest three women.

ACORN had been involved in an anti-rape and sexual violence campaign with our members in various cities.  Affiliates and our canvass were circulating petitions asking for funding for the National Violence Against Women Act to fight rape.  Some women’s groups credited ACORN’s involvement as a major factor in the passage of the act.

ACORN and Andrea Dworkin kicking butts on Bourbon Street in support of women’s rights seemed a natural.  The picture says it all for both ACORN and Dworkin.