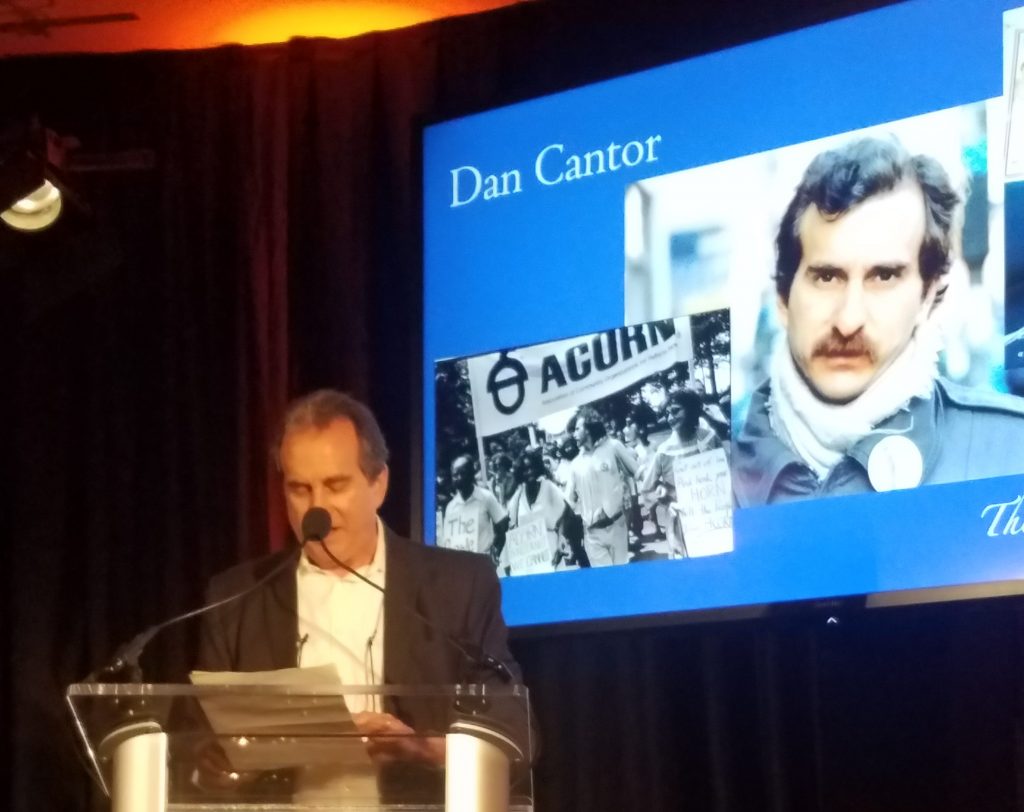 Washington     Progressive philanthropists?  Is that an oxymoron?  Is there even such a thing?  Well, yes, in fact there is, or so they say, so take my word for it.

Where would you be able to host a meeting of progressive philanthropists?  You think the answer is a telephone booth, don’t you?  No, there answer is a giant ballroom of the well-appointed Mayflower Hotel in downtown Washington, DC, and they packed the crowd, so there, all of you who think you are so darned smart!

Hunter Gathering?  What’s up with that?  Hunter-gathers were where many of our species of humanoids began, tens of thousands, if not hundreds of thousands of years ago on this planet, and that’s hardly a way to describe the rich.  Hunter Gathering is a homage to the late, great guiding beacon and conscience of philanthropy to many lights, David Hunter, the director of the Stern Fund and others, based in New York with strong New Orleans and southern roots.  The chief organizer of this particular reunion of sorts was Alan Davis, formerly with the Shalan Foundation, and a philanthropist of long standing in the progressive ranks.

Now, you are going to wonder how in the heck I happened to be there?  Was I a spy?  An intruder?  A fly on the wall?  No, in the magic of these things it happened that ACORN was the single largest beneficiary of support by both the Stern Fund and the Shalan Foundation during their years of operation.  So there!

Truth to tell, it was a nice, lively event.  I didn’t know a lot of people of course, but I knew more than I might have expected, especially among the old timers dating back to the Hunter era that ended before the turn of the century.  The names of old comrades, some still with us and many sadly gone came up during the speeches.  Not being a frequent visitor in these crowds in recent years, it was fun to reconnect with some and hear old stories long shared and remembered.  It was interesting to listen to the next generation as they tried to puzzle out what Hunter meant to their elders while paving their own paths forward. 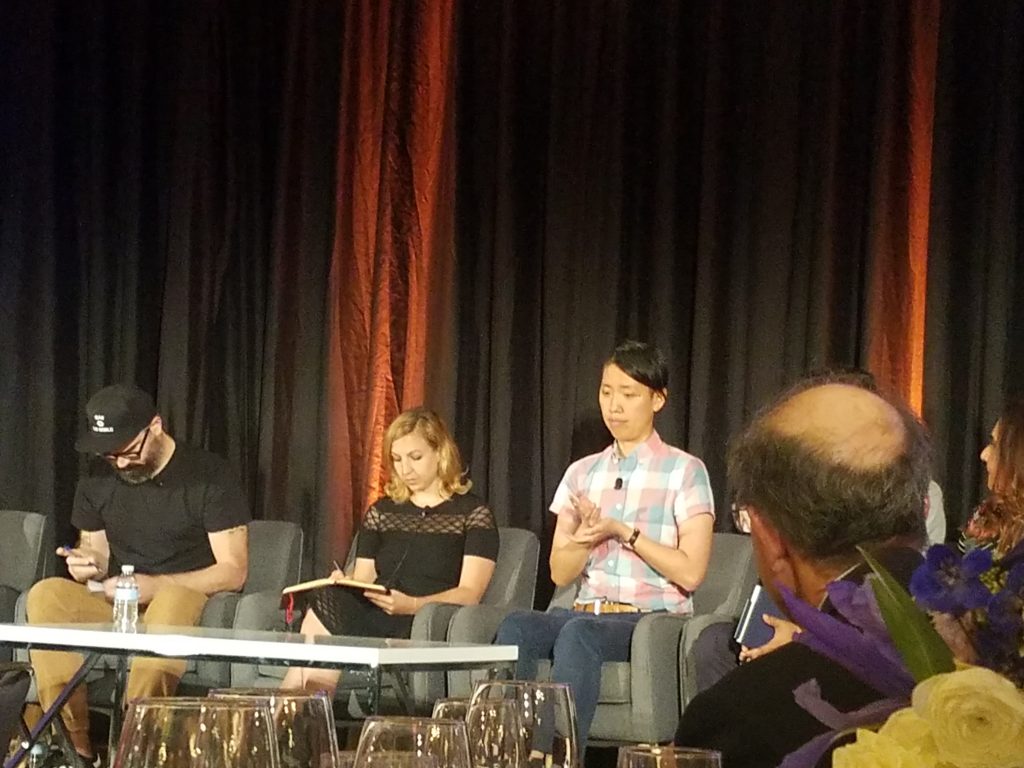 Frank Sanchez told of his time with the Youth Project, long gone along with our youth.  Drummond Pike from Tides gave a moving presentation bridging his time with Shalan and Tides back to the Youth Project and his introduction to foundations and his task of hand carrying many potential grantees to New York to meet Hunter.  His stories of ACORN were on target and humorous including his claim that only Hunter and Ruth Abrams could get along with me when I was on the money trail, which wasn’t exactly true (heck, he was my companero!), but had a big fat grain of truth, so it passed without comment.  Dan Cantor of the Working Family Party told a story of getting seventy letters of advice from Hunter when we were starting the New Party, and Hunter was an early supporter, which was quite touching while an ACORN banner flew behind him on the screen as he spoke.  Harriet Barlow of Blue Mountain told about her last conversation where he whispered a poignant question to her which lingered over the room: “what was the strategy?”

Old people, new people, a chance to celebrate the time and efforts, strengthen the bonds and transfer the culture, what a good idea and a good event.  There was reality to it as well, as one of the last panel members, Mario Lugay of Justice Funders, warned these progressive philanthropists that they should be careful to make sure they were not “providing cover” for the superrich and their corruption of the country and our economy.