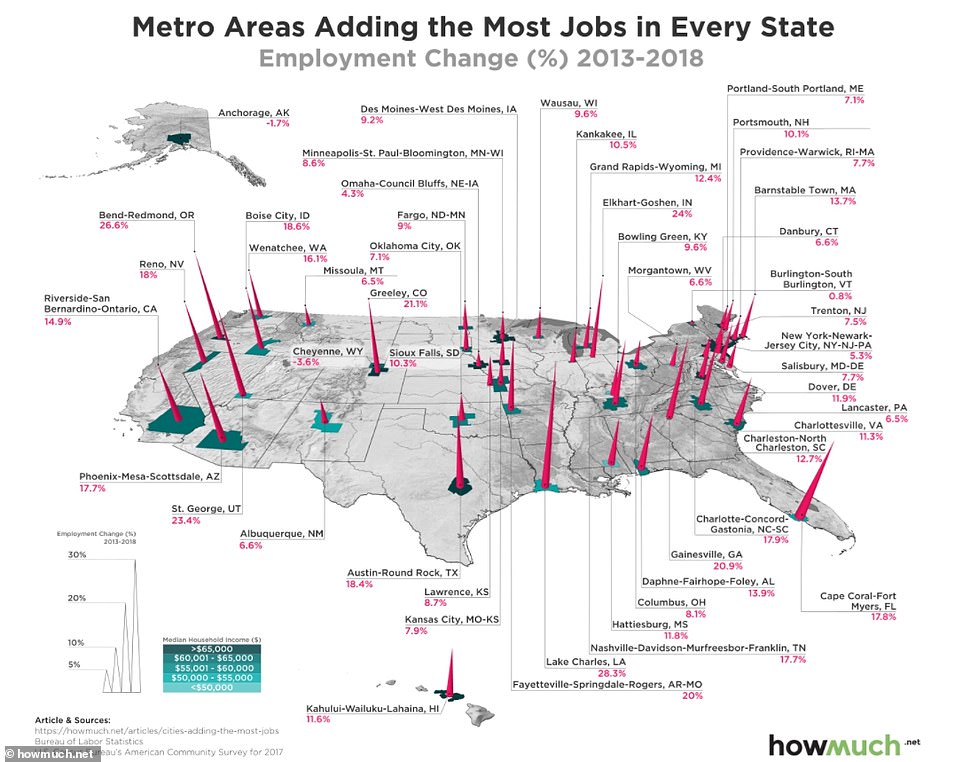 New Orleans       One report after another these days seems to be raising the alarm that there is a huge sucking sound, as Ross Perot once spoke of another matter, as certain big, bigger, and best cities are amalgamating jobs, income, and people, especially the young, bright, and ambitious and leaving the rest of the country and its cities behind.

When Amazon originally picked the Washington, DC and New York area for its fabled second headquarters, there were anguished cries of disappointment that some other cities were not chosen that could have been transformed by the economic and population injection.  The very fact that Amazon was looking for a second city outside of Seattle also spoke to the rough edges dragging around cities that are making some winners and others losers in the competition for people and jobs.  Seattle didn’t have the housing, had lost affordability, was at the edge of its capacity in the Amazon argument.  Even the elements Amazon had on its shopping list were elite preferences for the human resources department in the company:  mass transit, world-class airports and universities, and amenities in food, entertainment and the like.  The executive cities like DC, New York, San Francisco, Chicago, Austin, Vancouver, Toronto, London, Berlin, all have these kinds of characteristics.

Now new reports are indicating that mid-size and smaller cities are still growing in most cases, but are losing ground economically to the mega-magnet cities.  Cost of living is less, housing costs are reasonable, unemployment is low, but income between these cities is in many cases falling as the gap widens with the big cities.  Eduardo Porter, a much-missed economics columnist for the New York Times, reported on this phenomenon through the lens of Winston-Salem, North Carolina, but found the same issues in other mid-sized metro areas like Louisville and Lexington, Kentucky, Greensboro, North Carolina, and Bangor, Maine.  I could add Little Rock, El Paso, Birmingham, and Tampa, and as easily could cite the challenges in Milwaukee, Detroit, and Indianapolis.  I had dinner recently with someone who had just come from Jackson, Mississippi, and found little hope there for progress, and what is the real future for Shreveport and Baton Rouge, if these are the only items on the list for the future in a tech-dominated economy.

Yet, in these challenges, there are some certain opportunities.  In the ACORN archives recently, I ran into an old memorandum I had written about mid-sized cities, and why they represented outstanding targets for organizing in some ways because they were not the biggest cities in the country.  They were manageable.  One could more quickly see and operate the levers of power, contacts, and institutions and see and analyze the impacts of organizational actions.  The political access was closer to reach.  It was easier to see mistakes and adapt more quickly, and the errors were less fatal.  Admittedly, we called these “takeover” cities in our usual rash of exuberance and ambition, but couched in that concept were all of these factors as well as the shorter timeline to realize change.  The entry costs for experiments and innovation are less, and they are more scalable.

I’m not surprised that an ACORN could grow almost fifty years ago from roots in a Little Rock or that our affiliates other countries like France burst out from a Grenoble rather than Paris and in England from a Bristol, rather than London.  Channeling Horace Greely, I would argue “go there, young men and women!”  They are raw and ripe for the picking. 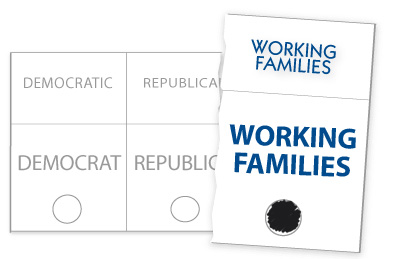 New Orleans   My bad!  I called it way wrong.

After the New York legislative session where under the influence of a Democratic majority and progressive forces, major breakthroughs occurred, especially around expanding rent control access to cities around the state and closing landlord loopholes that had existed for decades, I interpreted the progress as having achieved peace-in-the-valley between Governor Andrew Cuomo and the good guys, especially the Working Families Party and the former New York ACORN, now called New York Communities for Change.  Jonathan Westin, the executive director of NYCC, had been quoted favorably on the session at the tail end of several articles, including in the New York Times.

Now, coming back into the good old USA, I find out while reading my stack of two-week old papers, that I had made a very bad assumption.  I had presumed that Cuomo was better than Trump, and had allowed his pique and bitterness at being opposed in the primary by “Sex in the City” star, Cynthia Nixon, favored by the left and the Working Family Party, to be old hat.  He had in fact agreed to be on their ballot line in the general election polling 100,000 votes.

Now it seems he had continued to stew and has been conspiring to eliminate fusion in order to knock parties like the WFP off the ballot.  The WFP, on the left, and the Conservative Party, on the right, have both sued to try to preserve fusion and their ballot lines against a faux commission being developed by the governor as a stalking horse to eliminate fusion.

Fusion, as some will remember from long ago American history classes, was very common throughout the country in the 19th century until about 1896.  Various political parties organized around various issues and interests, and in many cases “fused” or combined to endorse a specific candidate, like William Jennings Bryan, who represented their views.  All the votes were counted towards the candidate’s total of course, but having separate ballot lines allowed parties and their supporters to be identified with their views and allegiances.  After that watershed election, the two dominant parties went to work on state legislatures they controlled and over the next dozen or so years managed to eliminate the fusion opportunity for the vast majority of states, leaving only about seven including New York, Vermont, South Carolina, and others allowing voters to express themselves this democratically.

ACORN was one of the founding organizations in the New Party, which tried a legal and organizational strategy to restore fusion nationally, albeit unsuccessfully at the Supreme Court level, and the Working Families Party in New York several years later.  If you believe in the fullest expression of democratic practice, you embrace fusion.  If you only believe in the power of a party as opposed to the power of the people, you oppose fusion.

Bill Lipton, the director of the Working Family Party of New York and the Cuomo forces engaged in a bit of ad hominem attacks, but it’s really a simple question.  The fact that fusion is enshrined in the New York state constitution may end up protecting the existence of the WFP in New York, but it shouldn’t really come to a courtroom.

I may have been wrong to have believed there was already peace, but I’m right to argue that there should now be peace among progressives.  Governor Cuomo argues that we should define progressiveness based on his actions.  Eliminating fusion would permanently erase any such pretense.