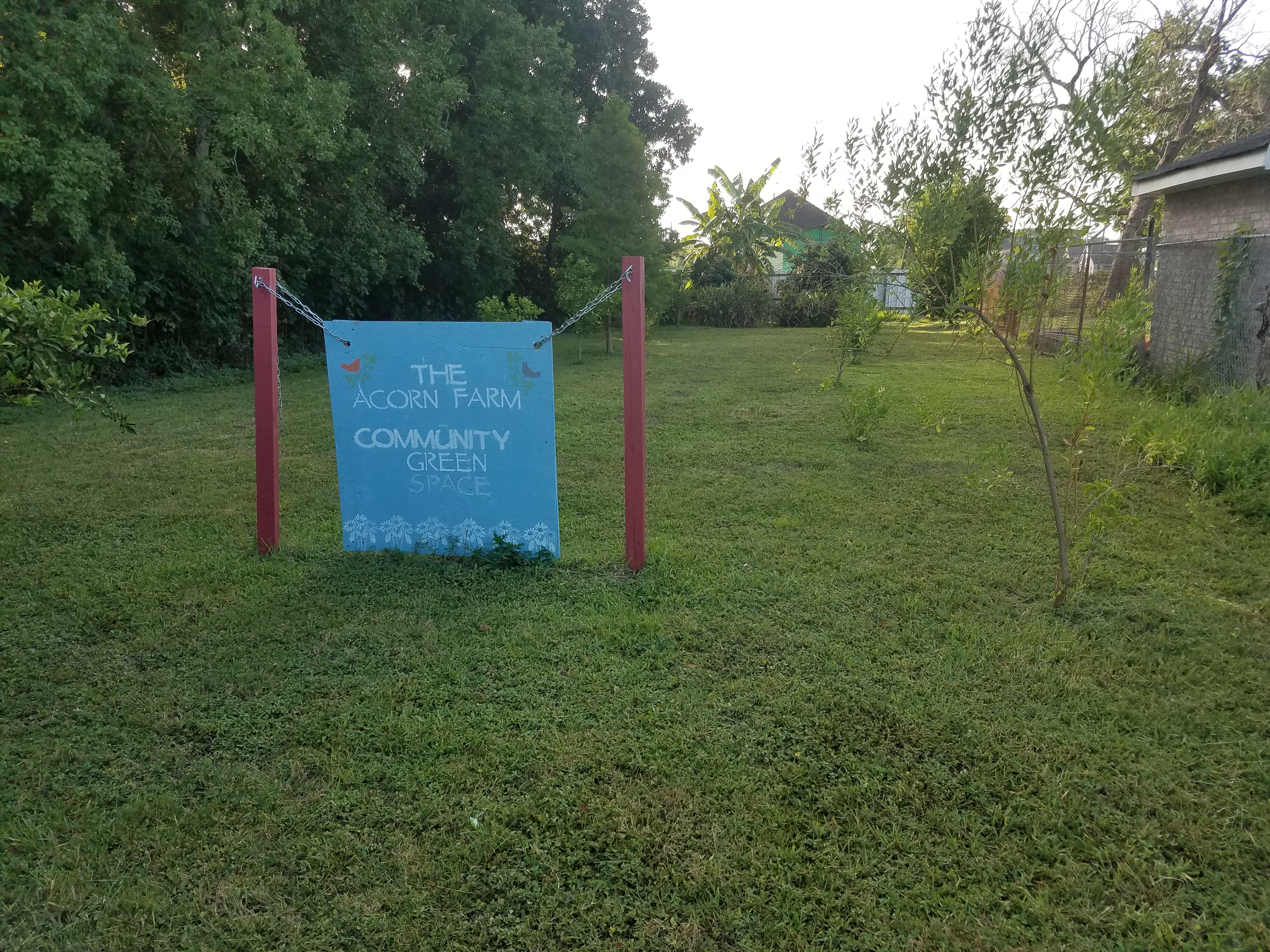 New Orleans    The ACORN Farm and Orchard is now in its sixth year, having broken our first ground on our half-acre in New Orleans’ lower 9th ward in 2013.  Walking the property at different times of the year can be quite amazing now that a number of seasons have come and gone.  Long row beds are laid out nicely while others are bordered by boards or cement blocks.  Fig trees are filling out.  Pecan trees aren’t fruiting yet, but with more than five years in, we’re getting closer.  This year papaya trees have grown like weeds with the larger trees heavy with fruit.  Citrus in the orchard looks promising, since there was no freeze this last winter as there was the winter before.  Banana trees may also yield this year. There will be some treats around the city and at Fair Grinds Coffeehouse before the end of the summer! 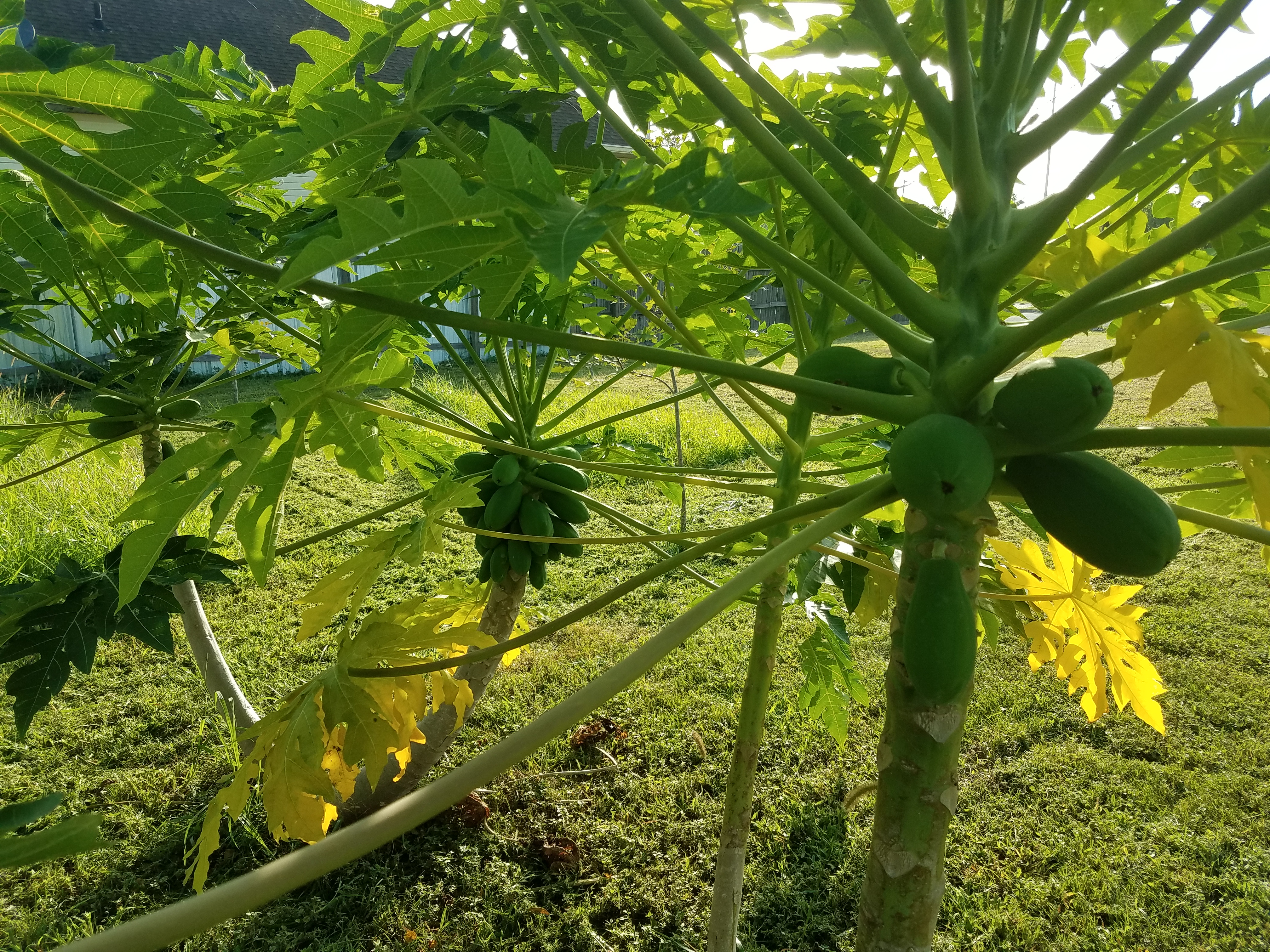 The farm manager, Gavin McCall, has done a great job with the operation and knows his stuff, but he’s gone for a month or more.  Mi companera, who we drafted to oversee the farm and work with Gavin to involve our members, mentioned early on July 4th that she and a friend were going over to the farm.  She happened to add that the grass was now up to her knees.  Too much rain and too little time had meant that the grass didn’t get mowed before Gavin went out of town it turned out, and that had been weeks ago. 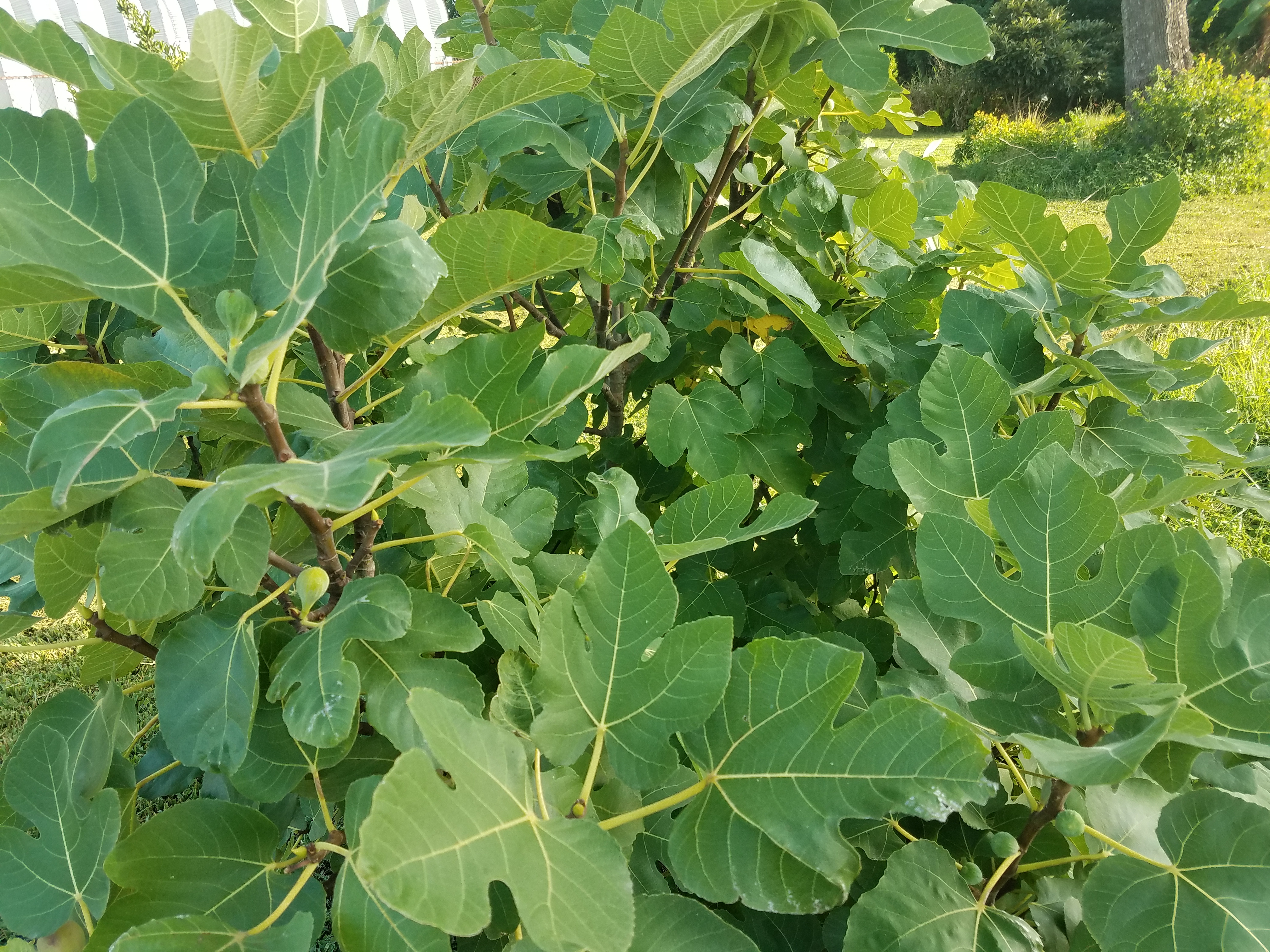 During the farm’s first year, I had gone down there every couple of weeks and mowed the grass to keep the city and NORA, the New Orleans Redevelopment Authority, off our backs, but that was years ago.  I hadn’t missed not mowing, but I could read in between the lines.  This is New Orleans where the climate resembles the tropics this time of year producing a steamy mix of heat, rain, and humidity, that plants of all description drink in like an elixir, and the rest of us try to slog through and survive until fall, sometime in late October.  I didn’t need to hear about the problem twice.  I said I would meet them down there. 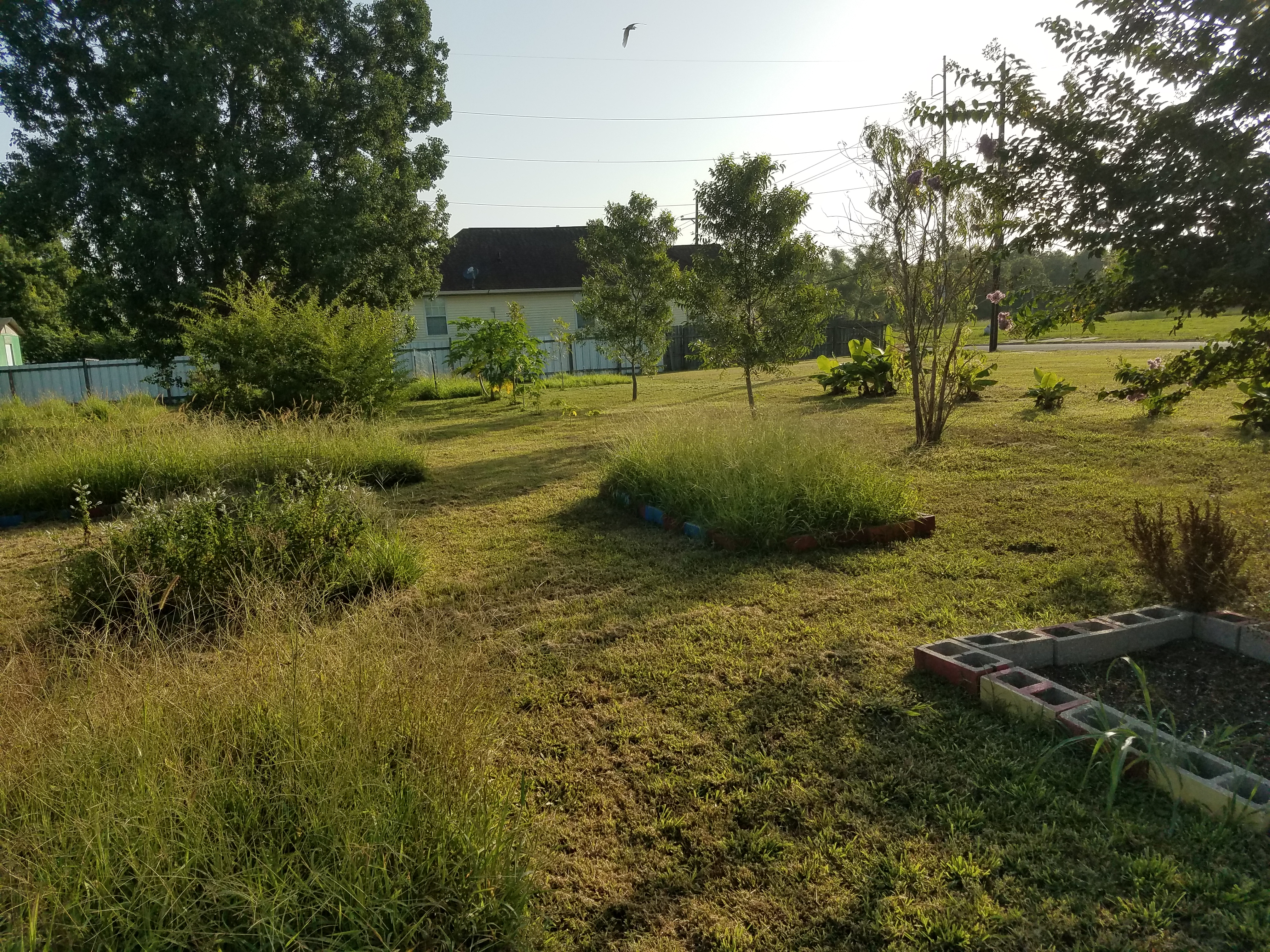 I don’t mind mowing.  It’s something I know how to do and have done since I was old enough to handle a mower.  At 12 years old, finally living in my first New Orleans summer, I started mowing lawns for money with my brother.  The first was down the block, then another around the corner, followed by jobs farther afield when friends of my parents would go on vacation and need the yard done.  In 1960, it was two dollars for a straight yard and three dollars with edging.  Sometimes we made more weeding flower beds.  My brother was underpaid at a quarter to a dollar.  My kids, when old enough, mowed yards as the Yard Masters.  My dad mowed his yard religiously, every week.  His dad, my grandfather worked on orange ranches, and all the generations before him in Germany were farmers.  His name was Erdmann, meaning “man of the soil.”  These days I mow our little postage stamp yard, my daughter’s large yard around the corner, and, since my son is out of town, my parents’ yard as well.  We’ve done a lot of different things in life, but let’s face it, we’re mowing people. 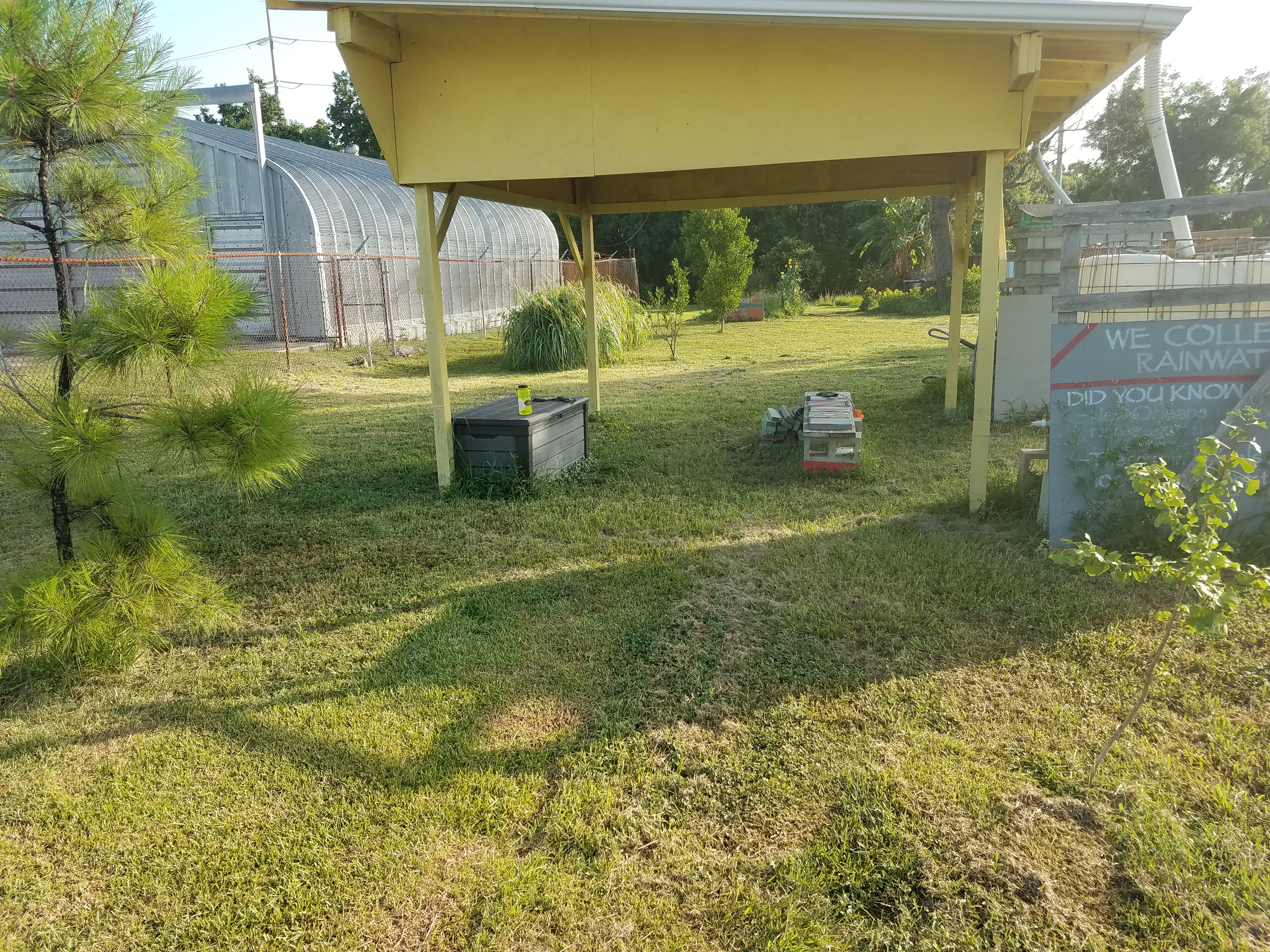 The grass was as high as advertised, but starting at 9:30 after getting his “call,” was too late in the game for this job.  Ninety-minutes later, I might have finished one-third of the job, but that was enough celebration for Independence Day.  Saturday found me starting the mower at 6 AM sharp with sunrise two minutes later.  There’s something peaceful about the job.  You can see the progress with every swipe.  The smell of the various grasses, whether the classic St. Augustine or some Bermuda that was in a patch, or the stalky hay-like weeds everywhere was rejuvenating.  When I was a kid, I used to think I had hay fever, because my dad had hay fever, but I don’t.  By 8 AM, I’d done what could be done, and even though another hour might have been needed, this was good enough to pass muster with the neighbors and fend away any other complaints.

Just like in organizing where there is no substitute sometimes for getting out there and hitting the doors yourself and going to some local meetings or leadership debriefs to understand what’s really going on and needs to be done, my mowing stint taught me a lesson:  time for us to get a riding mower! 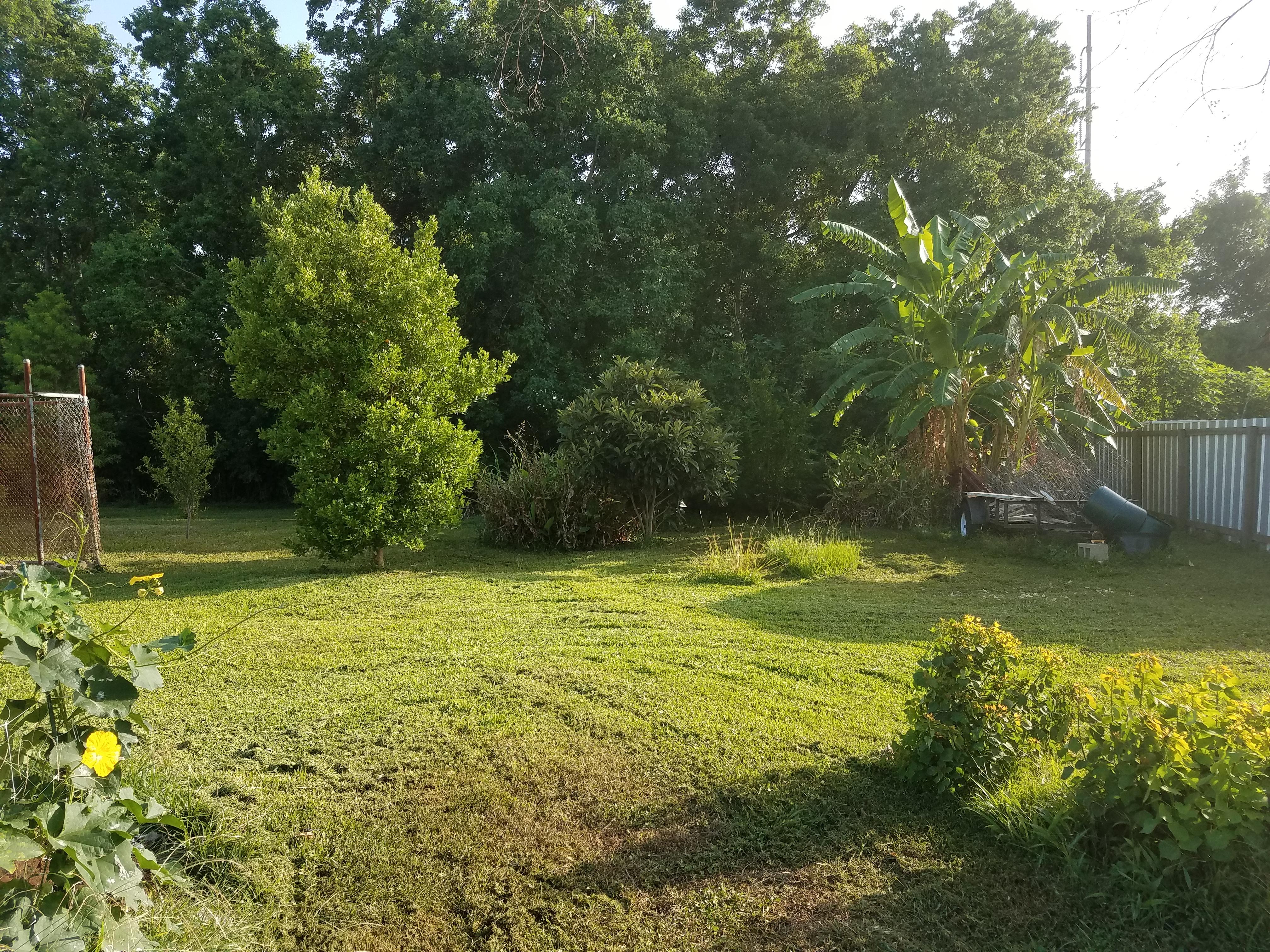