Gulf Shores     The Yellow Vests or Gilets Jaunes protest in France began in the middle of November of 2018.  In July in rural France in the Rhone/Alps region when ACORN International organizers met at an old farm house fifteen kilometers from St. Etienne, less than ten minutes from our meeting place, we could still see the signs of the Yellow Vests as we passed through our last traffic circle before hitting the farm.  Nearby, just outside of the circle, a tent and plywood headquarters for area Yellow Vests and their protest was still standing and active, even if not fully manned and at the top of their lungs as they had been months before.  Though they might be the scourge of Paris, they seemed accepted and supported here in the countryside.

What is the real story on the Yellow Vests?  Was this a rightwing, Le Pen movement of the angry and anti-Semites protesting modest steps towards climate change or something different?

Yoan Pinaud, head organizer of the Alliance Citoyenne’s local group in Aubervilliers, the lower income, working class suburb of Paris, affiliated with ACORN International, had argued in Social Policy  that the Yellow Vests were a movement erupting to oppose the government for the right reason, mainly its support of the rich and the increasing burden placed on the rest of the population.  Was our organizer just a lonely, hopeful voice in the spring speaking more from hope than reality or was he onto to something?

An article in Harper’s Magazine for August by Christopher Ketcham entitled “A Play With No End:  What the Gilets Jaunes really want,” puts the finger of Yoan’s scale and weighs heavily in the direction that we were making the correct call.  Ketcham found no indication in his discussions with many, both in Paris and outside, that indicated anything other than direct anger at the neoliberal program of current President Macron and his predecessors, even from the Socialist Party.  He finds, with us, that this was a movement based in righteous anger at policies that were excluding the masses and benefiting the rich, where the last straw was the unequal fuel tax on rural and depopulating villages in France.   He cites an Oxfam study from 2015 that found that “the wealthiest 10 percent of French citizens emit some seventeen metric tons of carbon per capita…while the poorest 50 percent emit less than five,” noting in the US that the ratio is 50 metric tons for the same rich percentage versus eight for the poorest 50 percent.

In fact, Ketcham argues that the French establishment “slandered” the Yellow Vests “in service of class interests.”  And, then the established Western media ate it up like candy and repeated the false analysis raw.  The French bourgeoisie reacting to the disruption was as afraid of the Vests as they were in the 1800s of the sans-culottes in the French Revolution and the subsequent terror.  He finds them to be progressives looking for a party and politicians to oppose neoliberalism that has hurt them terribly, especially outside Paris.

They have also won results from their actions that we should all applaud.  Macron made $5 billion euros worth of concessions.  Lower-income families received a tax cut. Pensions were indexed to inflation.  Public service cuts were forestalled, including shelving Macon’s plan to cashier 120,000 public service jobs.  The privatization of Paris Airports has now been stymied and may be defeated.  Of course, Macron also rescinded the fuel tax which had ignited the protests.

Furthermore, and this is perhaps most telling, just as our observation of the Yellow Vest still active outpost outside of St. Etienne, Ketcham writes, it’s not over and still goes on,

“They have refused to be mollified by what they perceive as crumbs tossed from the throne of power.  Their war against the rich, in the age of climate change, is one driven by an understanding unique among protests movements in France:  that the privilege to lord and privilege to pollute are one and the same, and that confronting the climate crisis means a confrontation with unregulated capitalism.  It is a call to arms that should resound across the world.”

They hear it clearly in France, and I swear, I can hear it in the United States and everywhere I go these days.

Please enjoy “I Only Cry When I’m Alone” by Beth Bombara. 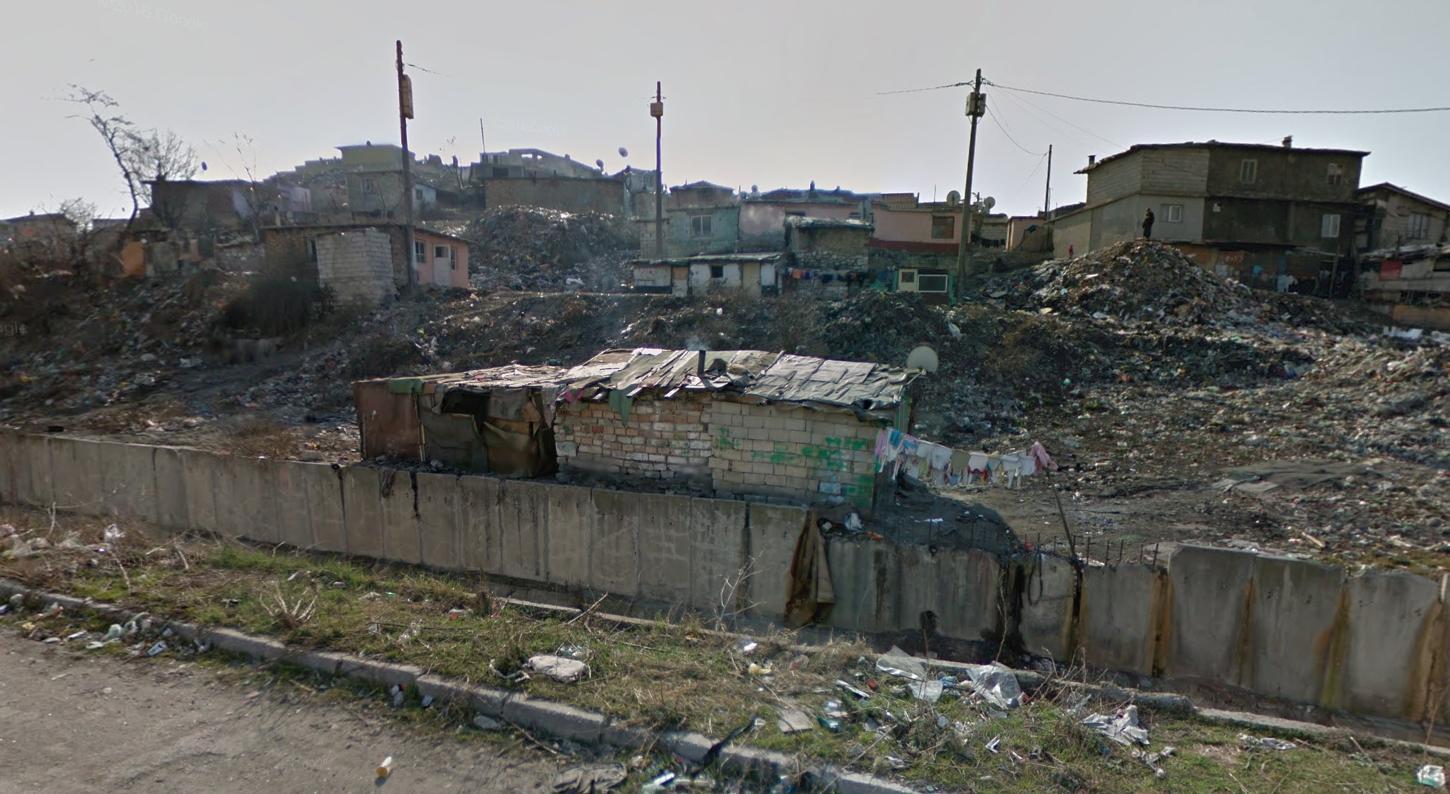 Sofia        Bulgaria and other Eastern European and Balkan nations with significant populations of the Roma minority can easily be compared to African-Americans and their situation in the American South of fifty years ago.  They are a despised minority that has begun to see some improvement after years of forced segregation, disempowerment, and secondary status, but they are still impoverished and largely powerless.  The good news, after several hours of meeting with key Roma activists in Bulgaria, where the largest Roma population in Europe lives, is that they are rising with ambitious organizational and political plans that, if successful, could be transformative over coming decades.

The statistics are dismal and contradictory.  Roma populations are seriously undercounted in the Bulgarian census with some stating their ethnicity and as much as 10% of the population leaving the question unanswered with arguably even answering disingenuously to protect themselves and their status.  Recent census figures, though disputed, count 325,343 Roma in Bulgaria or 4.4% of the population, but other figures including the European Union estimate, claim there are 800,000 or more than 10% of the total population.  Some nongovernmental groups argue that the population is increasing by 35,000 per year, and that the number is significantly more than one-million, and perhaps twice the EU estimate.

What is beyond dispute is the level of poverty in the community.  Though decreasing, 21stcentury figures hover above 60% of the Roma population below the poverty line with unemployment figures over 50%.

Illiteracy is decreasing but the situation in the schools constitutes de facto segregation even if not de jure segregation.  The government contends that there has never been a mandatory segregation policy, but that it is a matter of “administrative districts.”  There is no pretense of “separate, but equal,” rather the government argues that this situation is simply a matter of people living in close communities.  An Open Society Institute report cited in Wikipedia is explicit:

A monitoring report by the Open Society Institute found that Romani children and teenagers are less likely to enroll in primary and secondary schools than the majority population and less likely to complete their education if they do. Between 60% and 77% of Romani children enroll in primary education (ages 6–15), compared to 90-94% of ethnic Bulgarians. Only 6%-12% of Romani teenagers enroll in secondary education (ages 16–19). The drop-out rate is significant, but hard to measure, as many are formally enrolled but rarely attend classes.[66] The report also indicates that Romani children and teenagers attend de facto segregated “Roma schools” in majority-Romani neighbourhoods and villages. These “Roma schools” offer inferior quality education; many are in bad physical condition and lack necessary facilities such as computers. As a result, Romani literacy rates, already below those for ethnic Bulgarians, are much lower still for Romani who have attended segregated schools.[67]

Activists argue that housing is the key issue since the lack of a governmental support policy has led to informal and often haphazard construction everywhere, often on municipal lands without title.  Other key objections are dealing with the large youth cohort which means supplementing education and developing new community leadership styles, and ending “hate speech” and blatant discrimination.

Organizational ambitions are analogous to the civil rights movement focusing on pressuring parties and office holders without aligning or forming a separate party, but holding feet to the fire on programs and accountability both in elections and socially.  One-hundred organizations of Roma have already coalesced around some issues and demands.  Leaders have set a goal of mobilizing more than 100,000 Roma in Bulgaria over the next year, and are looking to build organizational and communications infrastructure to make the movement sustainable and powerful.

Please enjoy Natalie Jean’s What Would You Do for Love? Thanks to KABF.