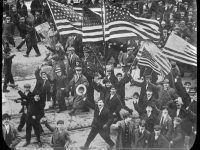 Washington    A line in an Associated Press story in the local papers caught my eye:  “Since 2008, roughly a third of major US metro areas lost a great percentage of white-collar jobs than blue-collar jobs.”

That’s not the political and economic headliner that most people are following.  The Trump administration is trying to save the jobs of the last coal miners and their segment of the angry, underemployed factory workers in heavy industry.  General Motors announced layoffs of 14,000 workers recently, 8000 were white-collar and 6000 were blue collar.  Most of the focus has been on production facilities being shut down in the United States and Canada, but it seems that a huge number of the white-collar jobs shed by the company are highly skilled and well-paid engineers.  The much heralded and rocky transition from fuel injected combustion engines to self-driving and in many cases, battery operated vehicles means that mechanical engineers are being scuttled for software jockeys of a coming generation of workers.

These white-collar workers, just like the millions of blue-collar workers, are trainable and many of them are highly educated and proficient, but that doesn’t mean transitioning them to new skills and new jobs solves the problem of age, location, and simply the time necessary to learn and become proficient.

Where is the investment being made by federal and state governments in those retraining programs?  For decades it has been a poorly recognized scandal that virtually no level of government has built a replicable training and reskilling model. The Amazon search was interesting in bringing attention to a couple of cities that had made real progress in this area, but nationally we aren’t Germany.  We are still training hairdressers and auto mechanics in some communities!  I’m not sure how many of these white-collar workers are going to be voting Republican if the only job training is getting a certified nursing assistant certificate.

As candidates start to look at platforms that might make a difference in upcoming elections, these high-road training options need to be front and center.   Some politicians are getting this.  Talking to a friend in Wisconsin recently, it was encouraging how a newly elected governor and his staff were already reaching out for help and advice to the best and brightest with experience in the areas of exactly this kind of economic development, way past the daily news about trade spats and blaming other countries for our lack of investment in our people.

This is a fast-moving disaster coming our way with huge implications everywhere for everyone.  We need to move this closer to the top of the list.