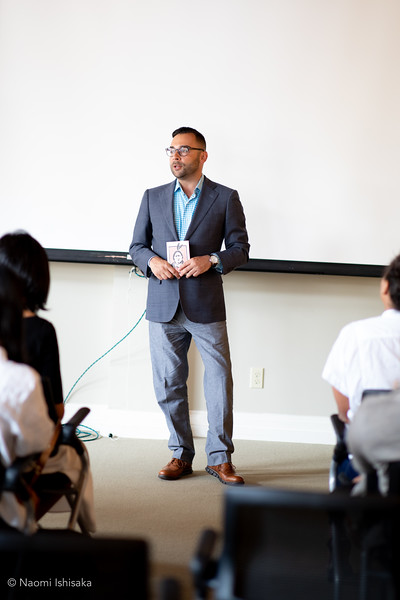 New Orleans       There was something strange about talking to Edgar Villanueva about his experiences as a foundation executive at institutions large and larger.  He has written a book called Decolonizing Wealth reminiscent of a prisoner detailing his experience behind the walls.   The velvet chains that bind both grant makers, like Villanueva, and grant seekers, like most of the rest of the nonprofit world, often come with a strict Mafia-like code of omerta or silence where no one on either side wants to be seen too clearly as identifying with the prison guards protecting the money for the rich and handing out their privilege and resources, but neither do they want to upset the system which feeds both grantees and grantors.  All of which makes the philanthropic world controlled by the wealthy almost impossible to change, much less reform.

As I told Villanueva when interviewing him for Wade’s World on our radio outlets, the metaphor of colonialism and its abuses were commonly used by those of us who had spent any amount of time trying to raise money from foundations and the rich.  To hear a foundation executive embrace the same terms flipped the script in a surprising way. What’s more, my prison and Villanueva’s colonialism metaphors turn out to be a kinder and gentler description than what Villanueva uses in his book where foundations are pictured more readily – and accurately – as plantations and Villanueva and his colleagues on their staff become the “house slaves.”  The chapter titles include “Arriving at the Plantation, ““House Slaves,” “Field Hands,” and “Overseers,” leaving little doubt about Villanueva’s analysis of his experience, and, frankly, that of most of the rest of us who have ever knocked on their doors or been supplicants for foundation favors while trying to maintain self-respect for ourselves and our organizations.

Villanueva brings his heritage in the South and as a member of the Lumbee Tribe to the task, while continually confronting whether his experience and that of some of his colleagues is still just tokenism.  His program emerges as he answers his own question:

…What does decolonized leadership look like?  Compassionate, empathetic, vulnerable leaders?  Servant leaders?  Leaders who listen?  Yes, and it’s not about the individual.  We have to shift our obsession with the individual leaders to focus on organizational design, which tends to be taken for granted and invisible in most our institutions.

I asked Villanueva whether there was a snowball’s chance that foundations or philanthropists would really change.  He answered largely that he had been surprised by the favorable reaction to his argument so far, the positive response from colleagues, and his invitation to address foundation boards and bring the argument to them directly.

We can hope Villanueva is right, but reading his book and talking to him, you know that he is putting a smiling face on his own real doubts.  He is clear about the decades of discussions about diversity and how little that has yielded.  Speaking truth to power is rarely an effective program to create real change, much less any transfer of power.  Dealing with the rich adds another degree of difficulty to the task in the absence of incentives for them to change and any real protest from the victims of colonial oppression, the grant seekers and their constituencies, much less any real effort at public or regulatory accountability since the same rich also populate the political donor class.

Villanueva’s voice is a clear one that needs to be heard in the wilderness.  Most of us know that wilderness life is hard and unforgiving.  He’s still trying to survive in the same plantation he describes.  It is worth watching to see if he makes it.