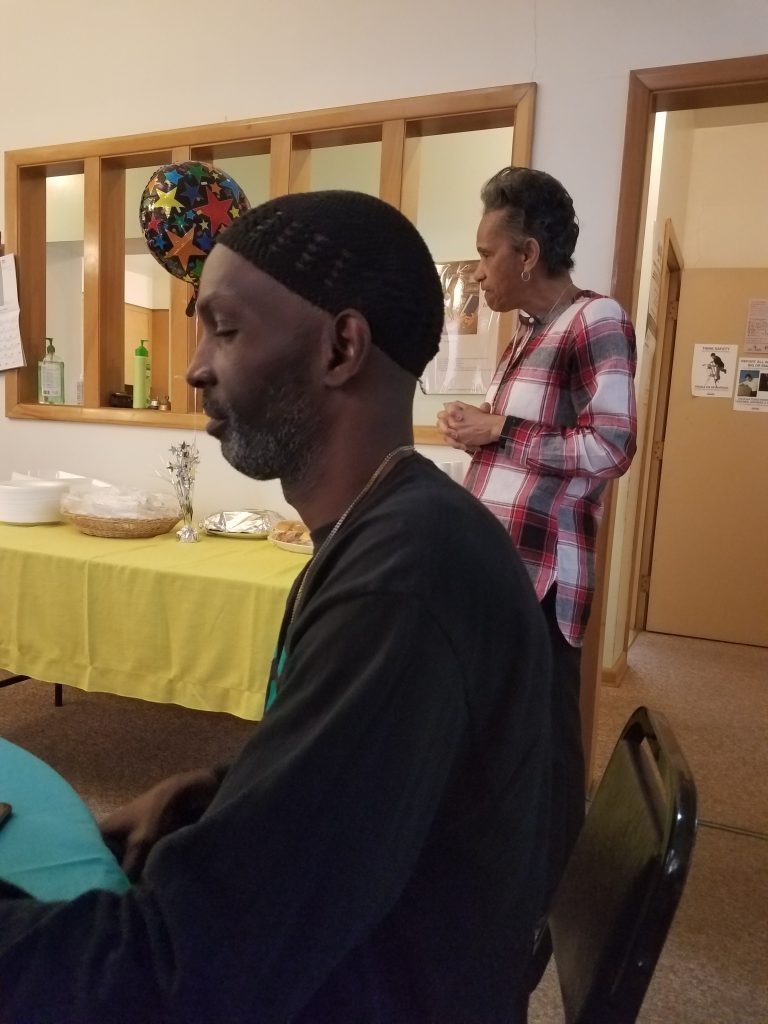 Milwaukee       It’s always important to “pay attention in class,” so I carefully listened and watched as the GED students and their tutors came together for a potluck lunch at the Dominican Center to mark the passing of another semester of study.  I’ll stand first in line with those that scoff at service delivery as a band-aid over the killing wounds of injustice and inequality or as a path to social change, but never let it be said that we should not respect those who struggle forward and those who join with them to support their fight.

There were fewer than twenty that came together in Milwaukee in mid-morning, but there was excitement in the room.  Some had been there for hours already preparing something for the potluck, so there was food for fifty!  Sister Patricia who oversees the multi-ringed circus at the center was stirring sherbet into a punch bowl with some fizzy concoction for a punch without a name, but that the Fort Smith native assured me was an old southern recipe of hers.  People were dressed for the occasion but it was their smiles that lit up the room as that sat in the tables with balloons flying from each one.

The GED tutoring runs every morning from 9 to almost noon, Monday through Thursday.  Students each take a table with a tutor sitting close by working the lesson plan.  I had often seen them during my monthly visits throughout this year.  After our leadership development sessions in the evening, we always had to reassemble the room before we left.  It was a habit.  No one questioned it, like camping in the wilderness, we would leave no traces behind us. 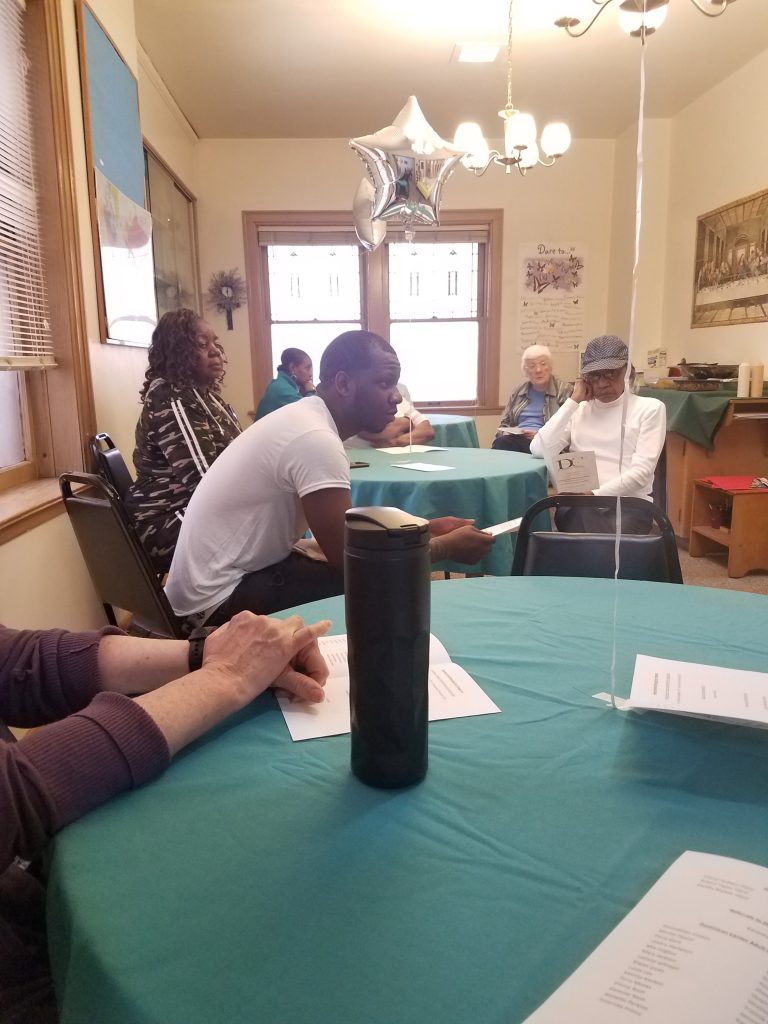 This was my opportunity to be a fly on the wall at this part of the operation that was so different from community organizing, although one of the leaders turned out to also be on the GED path in these sessions as well.    The program was straight forward but effective.  Sister Patricia saluted the students and noted the ones that were absent, working, or ill, along with the tutors, who were all volunteers.  The only student getting a special shout out was one woman who had most faithfully attended.  This was about the process, not just the result.

One volunteer talked about the field trips the students had been on, and that was a marvel. They had visited a house in Wisconsin that was a stop on the underground railroad.  They had been to a play they loved called the “Five Moe’s” about five guys one of whom was named No Moe.  They had been to museums, libraries, and hither and yon.  They loved the experience and talked excitedly about it all.  Every person received applause.

I’ve been to my share of graduation exercises, but I don’t know if I have ever enjoyed one more that sitting listening to the GED class ending another semester in the Amani neighborhood of Milwaukee.