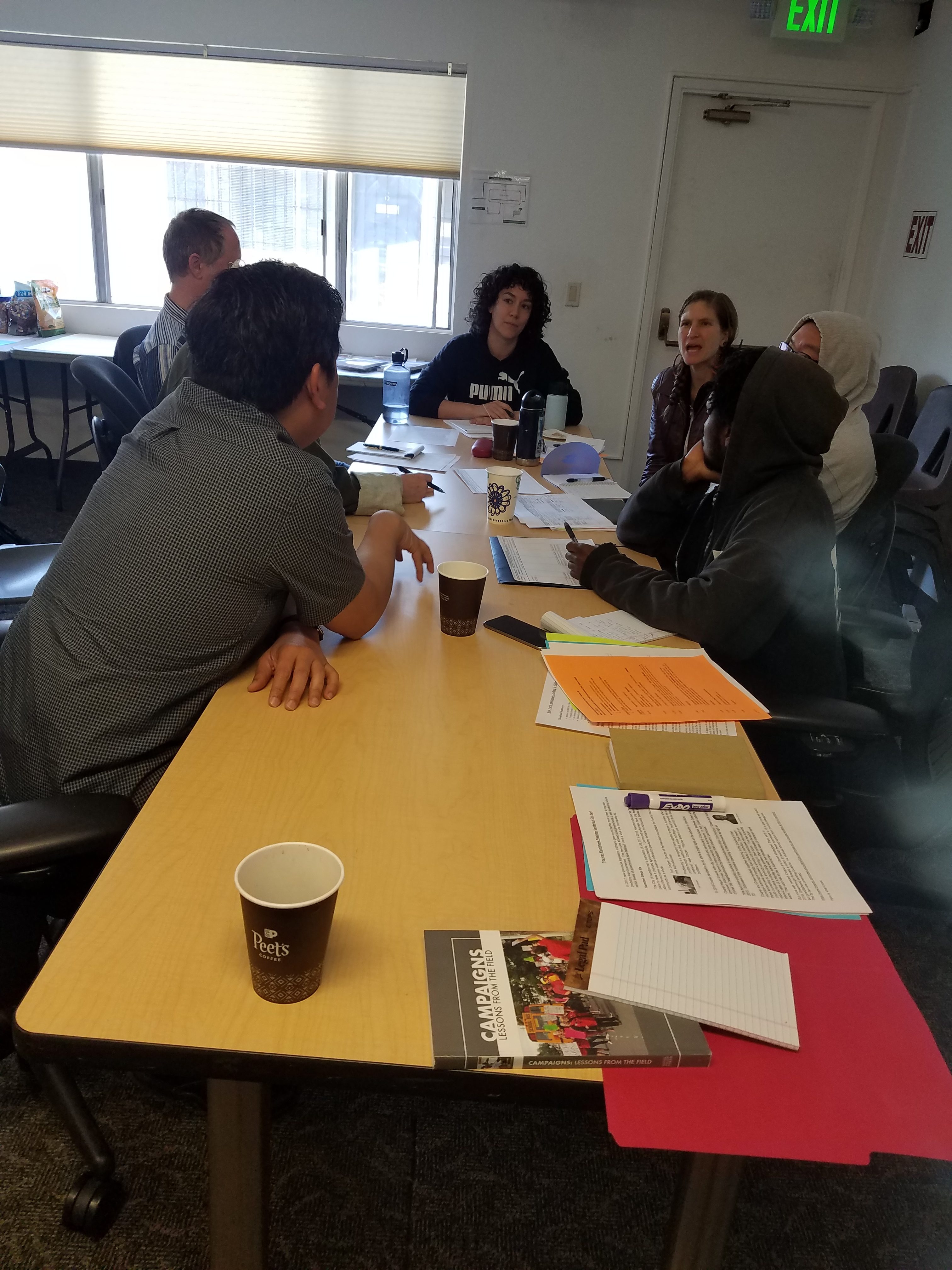 Oakland          As a special East Bay treat, I helped Francis Calpotura and Lisa Castellanos, run a fascinating workshop organized by In-Advance as part of their series of working with community-based organizations on impacting systems.  The topic for this session focused on developing campaigns.  My piece was to layout the scenario for a campaign on reigning in payday lenders and their predatory practices in lower income neighborhoods, using Oakland as a setting for the campaign.  I had shared pieces from ACORN Canada’s successful campaigns there with some additional material on the ACORN Hamilton bylaw effort going on now.  In-Advance had also distributed articles on ACORN’s H&R Block campaign as examples of another successful case study. 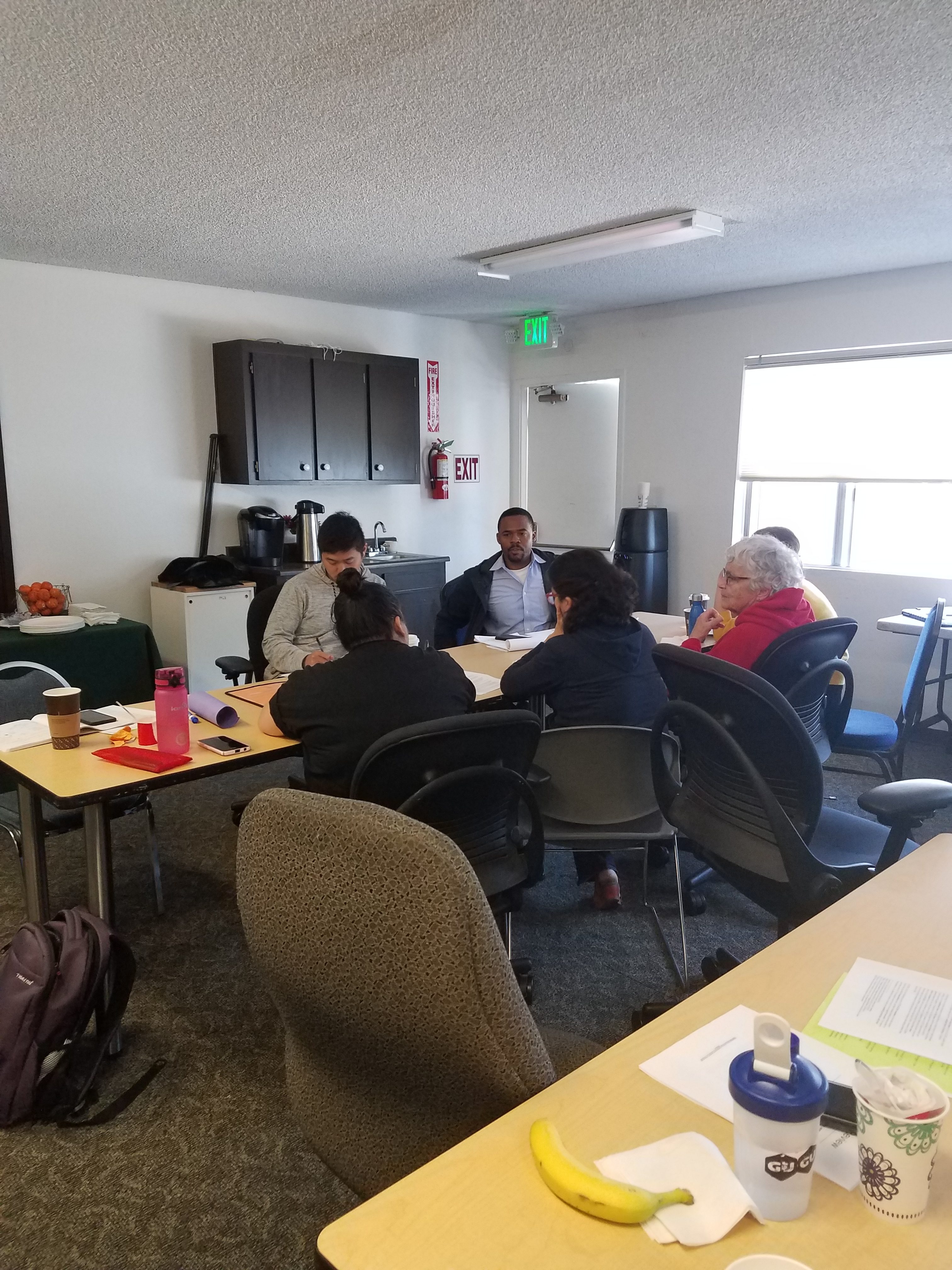 The biggest problem I had was the usual.  Doing some research while I was in Milwaukee early one morning on the law in California and the state of the industry so that the organizers would have some local context, I found myself getting angrier by the minute, especially since California legislation is often among the most progressive in the country.  Yes, Virginia, there was a law, but no Santa Clause except in the gifts it gave the industry through its toothless passivity.  The industry was licensed and capped at 15% directly on a maximum loan of 31-days with only one loan permissible every 90-days.  Sounds like it might work, doesn’t it?  But it allowed 360% APR on the loan once the rest of the fees were larded on.  There was also no central database that would determine whether or not a consumer did in fact get multiple loans, and the reports turned into the oversight board made it clear that there were frequently repeat loans.  The industry had beaten back an effort as recently as last year in 2018 to create a central database.  Furthermore, there seemed to be no penalties.  Listening to the small groups later describe their proposed campaigns, I wanted to do the campaigns even more than I wanted to hear about their excellent proposals about how such effort might be able to succeed in Oakland! 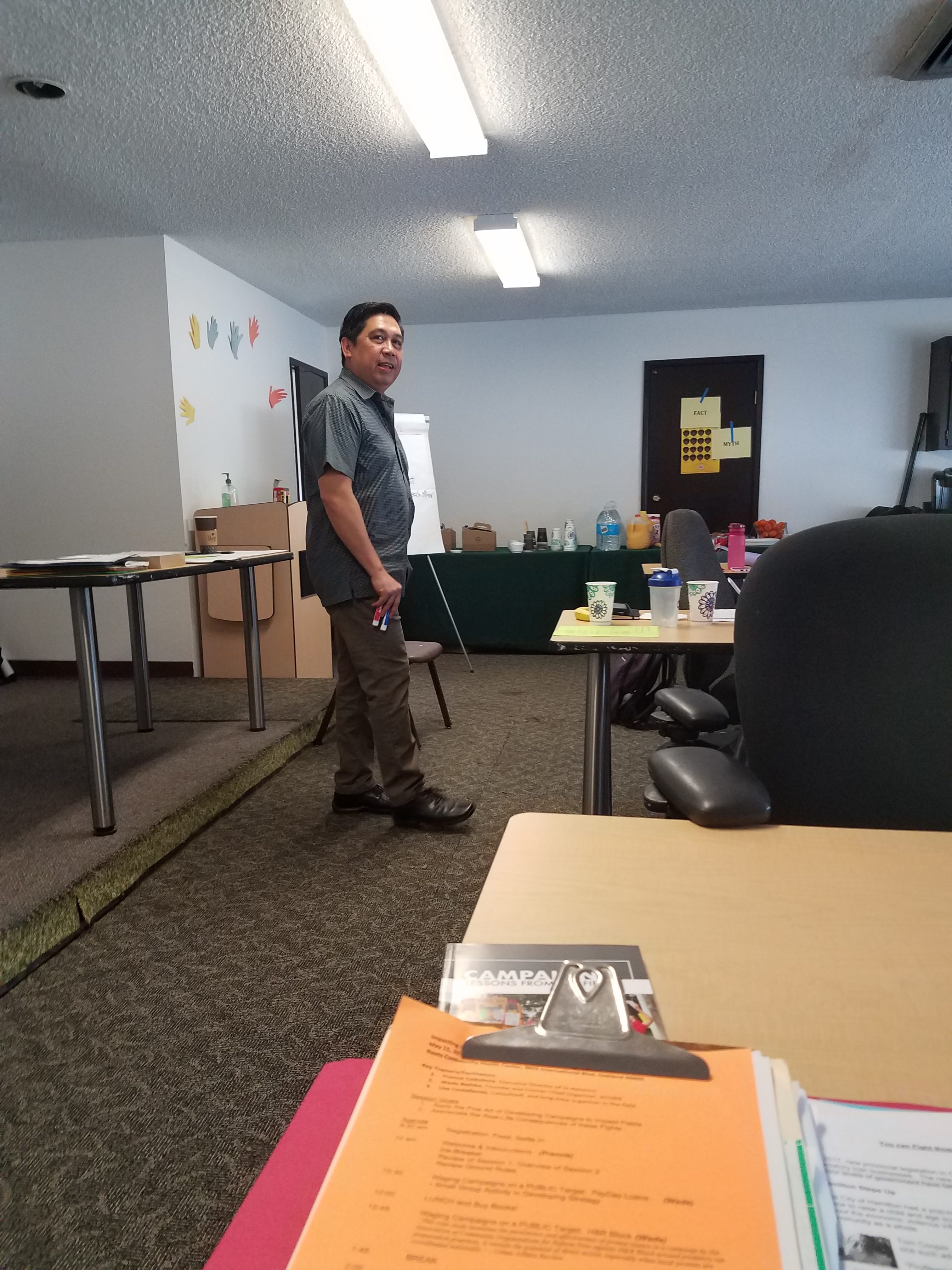 The best part of the session was being challenged to be helpful on the issues the various groups were grappling with.  KidsFirst was trying to restore funding for healthy feeding programs in the school district with a share of the money coming in from the sugar sweetened drink tax.  Neighbors for Racial Justice were incensed that the city was spending $300 million on policing and didn’t make other issues a priority.  Mujeres Unidas y Activas, composed mainly of Latino domestic workers, found itself caught in constant defense of its immigrant members being deported and seeking asylum in the caldron of the Trump administration’s draconian policies. The Ella Baker Center was trying to bridge many of these issues as well as was the APEN and Mandela Partners, one that deal with economic justice for Asian-Pacific populations and the other that was a food coop trying to promote food justice.

At the end of the day as everyone went around, we all hoped we had pushed the needle forward enough to make not only a difference but create some power and change. 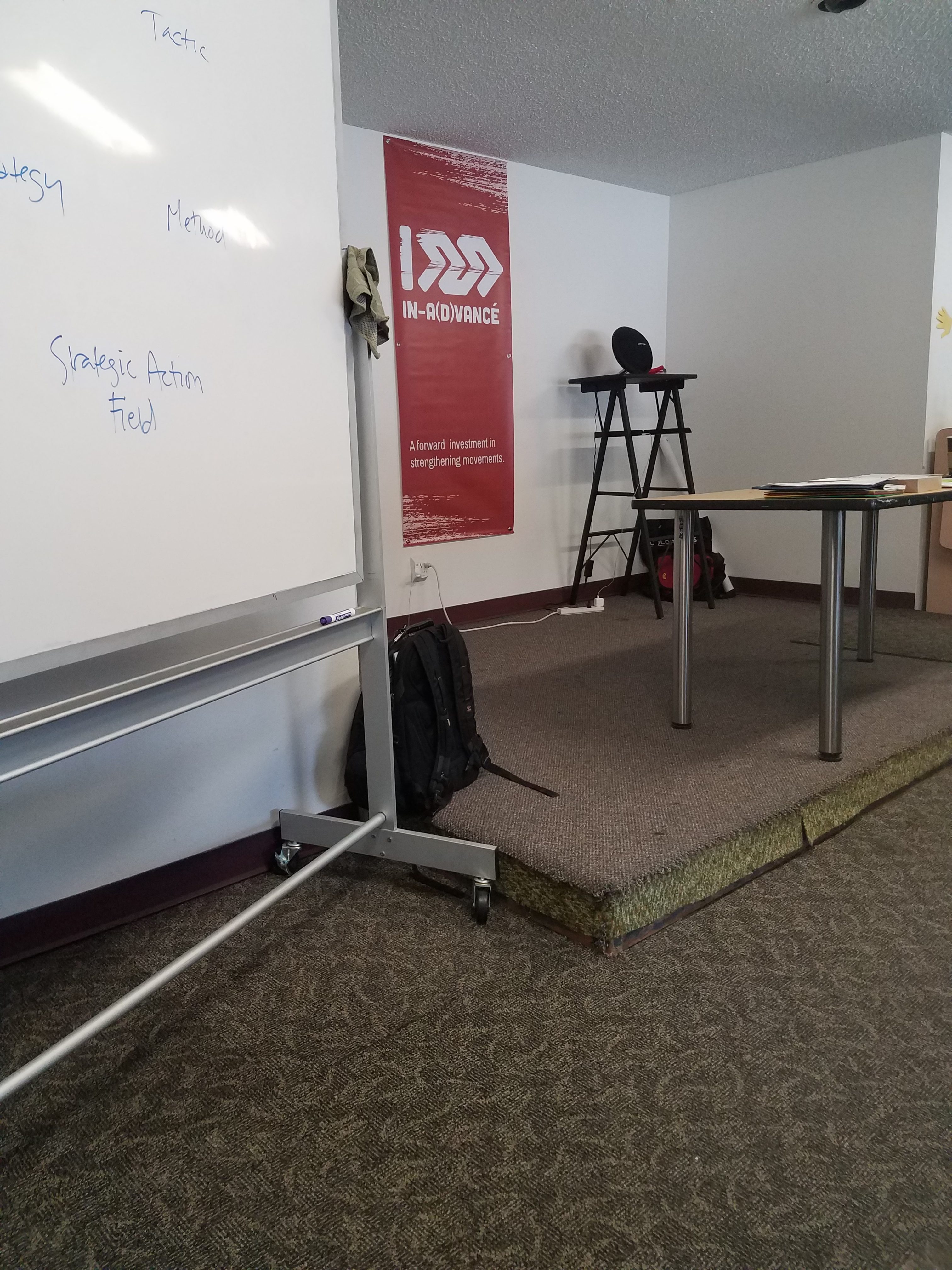