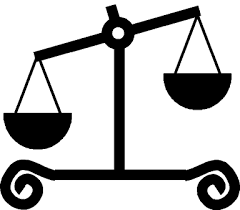 New Orleans      There are twenty-one states where workers are still frozen at something equivalent to the federal minimum wage at $7.25.  Those states are disproportionately better “red than fed” in the South and West with a smattering in the Midwest and even the Northeast.

I’m not saying there are any surprises here, but the line-up is a rogues list of woe for workers:  In the South, count Alabama, Georgia, Kentucky, North and South Carolina, Louisiana, Mississippi, Texas, and Virginia for nine of the twenty-two.  In the West, we have Idaho, Oklahoma, Nevada, North Dakota, Utah, and Wyoming adding another six.  The Midwest is sadly also very well represented with Indiana, Iowa, Kansas, and Wisconsin for their four while the East adds two with Pennsylvania and New Hampshire.  The gap between these twenty-one states, along with several others that are hovering right near them like Missouri, Montana, New Mexico, and even Illinois, is widening the inequality gap not only between the rich and the rest of us, but even between low-and-moderate income families and their counterparts in other states.

Even with a Democratic governor, it’s not an easy road.  In Louisiana, John Bel Edwards has been turned back by the Republican-dominated legislature three times that he has tried to raise the state minimum wage.  It’s gotten so bad that a state constitutional amendment that would raise the minimum wage to $9 per hour, if approved by the voters, has even picked up support from the New Orleans Times-Picayune.  There were recent efforts to allow cities to set their own rates apart from the state level by vacating a law passed after an ACORN and Local 100 effort won an increase twenty years ago at the ballot box.

These issues were  highlighted in an analysis in the New York Times that talked about the effective rate across the country is now wildly different than the federal standard as other, very populated states, like New York and California, along with major cities like Seattle have raised their wages.

Furthermore, as their analysis also indicated the main business boogeyman held up as the rationale for keeping wages abysmally low has also continued to erode:

a huge study released in April analyzed 138 different state-level minimum wage increases since 1979. The authors found largely no net negative employment effects, though they did find some in sectors exposed to international trade. And University of Washington economists revised an initial study of Seattle’s recent minimum wage increase that had showed significant negative effects on earnings for some workers. The new study found that the downsides were more muted.

Wrap your mind around this inequity.  If the “effective” national rate is $11.80 per hour now, then workers in these twenty-one states at $7.25 are almost hopelessly underpaid.  A national worker at fulltime hours would be making $24,544 annually, while workers in the left-behind states would make $15,080 fulltime, which is $9464 per year or almost 63% less that the theoretical national worker.  Of course, left-behind state workers actually are farther behind, because the national effective rate was an average after the rest of us pulled the really higher paid hourly workers down closer to our level, making their premium look and spend even more.  Furthermore, since the rate has changed, minimum wage workers are losing purchasing power even as others are gaining.

This kind of inequity at the bottom is as unjust as the gap between all workers now in America and the rich, and should be the easiest part of the inequality gap to eliminate, especially if Congress would act for everyone rather than mainly the rich as well.