Nairobi       Visiting with ACORN organizers and members in Korogocho, we kept hearing stories about water cartels, as they were termed, fleecing the poor with higher water charges.  The story was confusing.  Were these private operators that were allowed to use a vital public service in order to exploit slumdwellers or was this story apocryphal, and we were missing key understanding.  Talking to observers outside of Korogocho, we also heard the water delivery system called a cartel.  A simple Google query indicated that the Nairobi Water and Sewer Company was a publicly owned division of the City Council of Nairobi.  What was going on?    The story turns out to be complicated though the abuses are simple, straightforward and real.

Wikipedia described in some detail the situation in the more well know Kibera slum:

In Kibera and other slums of Nairobi water is supplied through water kiosks. 98% of kiosks are privately owned and the owners financed the construction of the kiosks and the pipes to the water mains. Only 2% were operated by community-based organisations or NGOs.[34][37] Water is supplied by the Nairobi utility, but is often not paid for by the kiosk owners. Although two-thirds of the kiosks have water reservoirs, their capacity is insufficient and often water is not available due to supply interruptions.[37] A higher percentage of kiosk users reports scarcity than households with mains connections, suggesting that in times of scarcity kiosks are less likely to receive water than domestic connections.[38]

According to residents, “water is highly contaminated, smells, has a weird color and has particles inside”, “because old, rusty pipes often break and water is polluted by the open drainage lines and sewage lines which run parallel to the water network”.[39] In 2003, when the new water law was passed, the government threatened to shut down kiosks that were not properly registered, saying that they overcharged the poor and did not pay their bills to the city. As a result, in 2004 kiosk owners formed an association called Maji Bora Kibera (MBK) – the Swahili translation of ‘better water services for Kibera’. They engaged in a dialogue with the government, paid their arrears, committed not to pay bribes and were trained on courtesy and customer relations.[34]

One of the reasons for high water prices charged by kiosks was, and perhaps still is, that kiosk owners have to pay bribes to officials, both to allow the initial construction and to operate the kiosks. To register a water connection the utility requires the applicant’s plot number, address details, a landlord’s certification as a proof of residence, and a certificate of employment. The kiosk operators often do not have these documents and thus pay bribes. Another reason for high prices is that unregistered kiosk owners are not charged at the preferential bulk sale rate, but rather at the increasing-block rate for residential customers.[34] A 1997 study showed that there is substantial competition between nearby water kiosks. Profits of kiosk owners were low and high prices were caused primarily by high costs.[37]

The membership in Maji Bora Kibera dropped from the initial 1500 kiosk owners to only 195 who had paid their membership dues in early 2005.[40] Six years later, the problems had apparently not been resolved. According to statements made at community meetings in the slums of Kibera and Mathare in September 2011, so-called cartels still try to monopolise water supply, resorting even to violence to keep prices high. Allegedly, local politicians back these cartels. The cartels “create artificial water shortages and, through vandalism and threats, hike up prices”.[39]

Wow!  No wonder our members are upset!  We seem to be pulling at the tail of a dinosaur of an issue.

The one thing that is clear is that none of this is the way it should be.  Water is necessary for life, and a public authority has to see its responsibility clearing to protect the citizens, especially the poor, from private exploitation of a public good.

Stay tuned!  This is big!

Please enjoy Campaigner by Neil Young. Thanks to KABF. 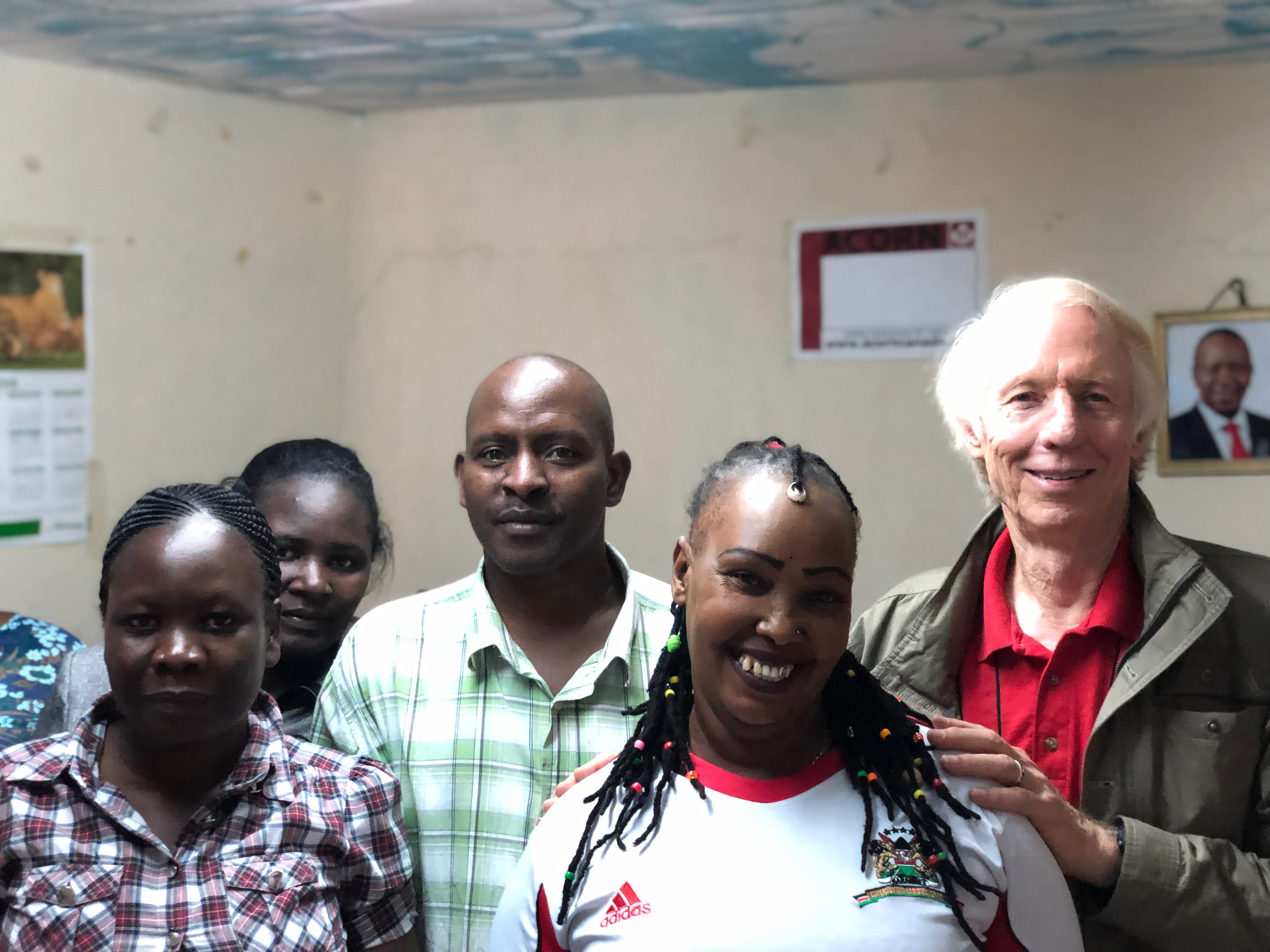 With Sammy Ndirangu and some of ACORN Kenya Korogocho leader

Nairobi      Talking to ACORN Kenya organizers and leaders, one thing jumped to the top of the conversation quickly when education was raised, and it was not the poor quality of the books and classrooms this time, it was food, specifically school lunches.    Everyone from slumdweller to education expert agrees that a child’s ability to learn is improved by whether or not they are receiving adequate nutrition, and in slums like Korogocho where ACORN works, the meal at lunch and any leftovers sent home by the school are often the real meal of the day.  How could this situation have worsened?

It turns out that with the installation of a new government this year after the 2017 election, the incoming Interior Department minister announced a change of policy on school lunches.  After a 40-year partnership with the World Health Organization, which was paying the bulk of the cost of over $1 billion dollars to provide school lunches in Kenya’s lowest income communities and elsewhere, the minister declared the time for “dependence” on outside interests and donors had ended, and that Kenya would feed the million school children itself effective January 2018.   The WHO in the face of this opposition withdrew its funding.  The January date turned out to be too ambitious so the implementation policy for the new school lunch policy or what might be know as the “no school lunch policy” became May 2018. 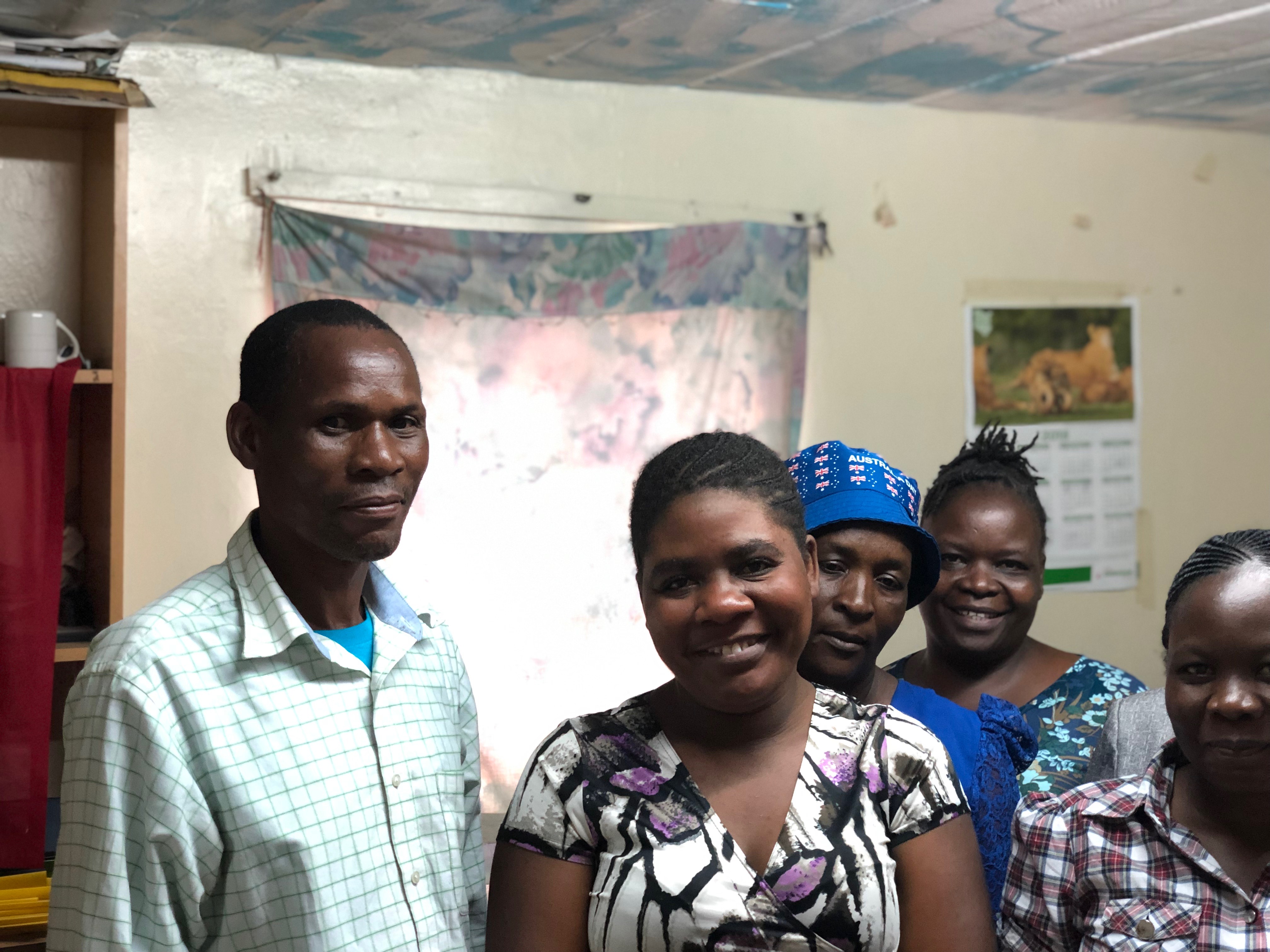 David Musungu with some of the leaders

The legislature only appropriated the equivalent of $24 million to support the feeding program.  The potential beneficiaries were reduced from one-million children to half-a-million.  In the new “independence” program, parents were then assessed a fee for the lunches to offset the cost of local authorities providing them of roughly 800 KS per term or $8 USD, leaving the children of many poor parents to withdraw from school as well.

We asked the chief of Korogocho, who is appointed by the national government, about this policy change and its impact.  He argued that Korogocho and other slums needed an exemption.  The average income in the slum is only the equivalent of $70 per month so losing $2 for the lunches per month during the school term is not trivial.  He went into some detail about what he argued were the 60% of residents who depended on the city dump that abuts the slum by scavenging waste food.  He believed the government needed to act to continue the lunches. 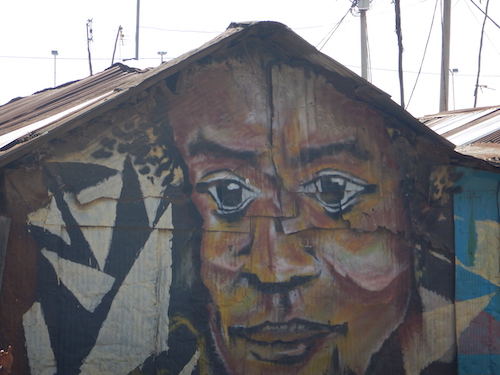 At the same time, when we argued that our members were demanding that ACORN initiate a campaign to restore free school lunches and that in talking to our members, we were finding variable costs, some of which were significantly higher, his advocacy pivoted with concerns that our raising our voices in protest might put pressure on his political position as well. 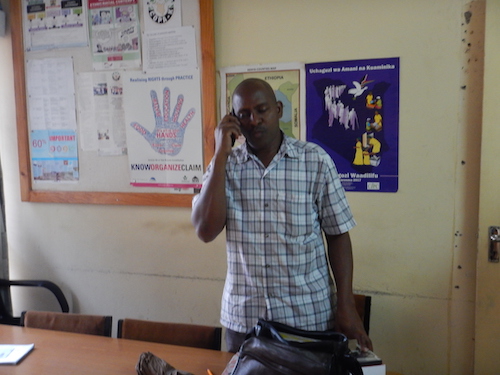 As we left the meeting, we looked at how tall and strong the tree had grown on the chief’s compound that we had planted when launching ACORN eight years ago in 2010.  We knew the leaders felt there was not choice but to do everything possible to change this policy, and their will be done. 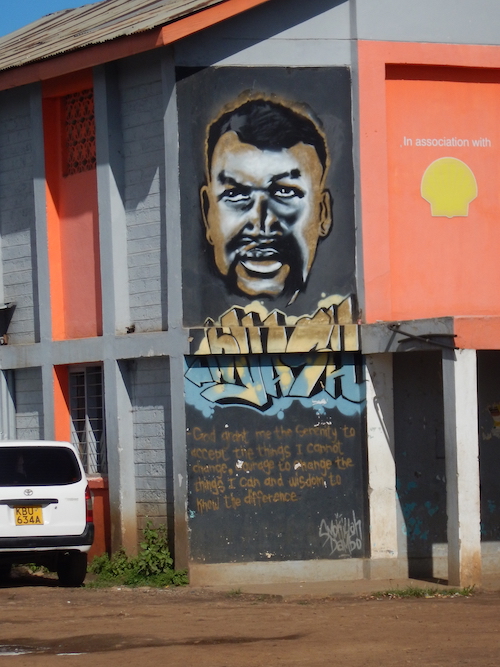 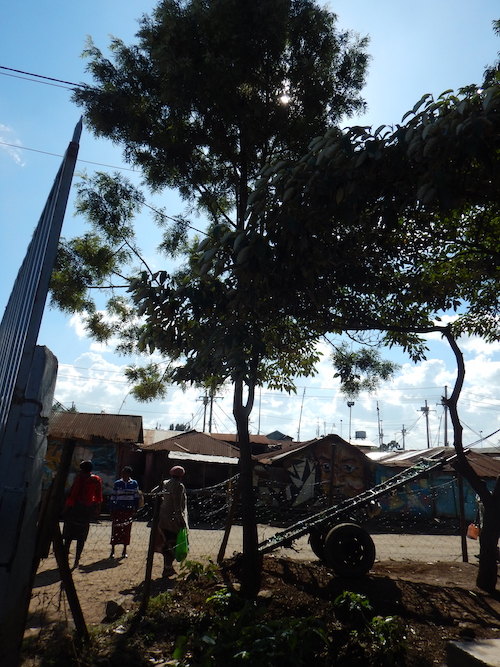