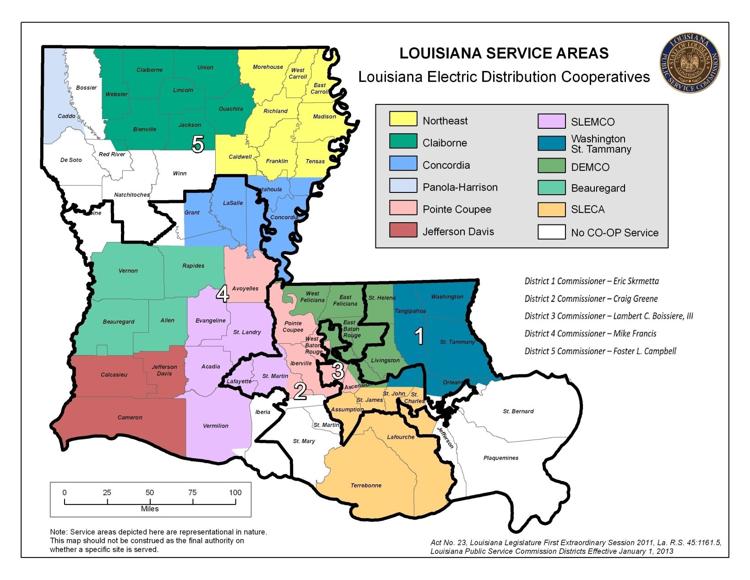 New Orleans       The problem with celebrating our victories is that often we need to do so pretty quickly before the forces of reaction overrun us again.  Hopefully, this won’t be the situation in a recent critical breakthrough in the Public Service Commission regulation of rural electric cooperatives in Louisiana, but it’s worth concern.

A couple of weeks ago after months of deliberation, hearings, and delays,  the PSC approved several sweeping rule changes for rural electric coops.  The Minden Press-Herald summed up the changes well:

The two rules … require the cooperatives to insert into monthly bills details of how the board members are compensated, and allows co-ops to change voting procedures in co-op bylaws, such as choosing to eliminate quorum requirements.  The second rule allows members to vote on whether they agree with the compensation packages the boards had given themselves, the report read.  Also in the second rule, members of co-ops are allowed a variety of voting techniques — such a mail. “But the wording on the ballot must be approved by the Public Service Commission and regulators must choose an accountant to oversee the vote count,” the report read.  In addition, the rule imposes term limits on board members, as well as requiring directors to receive insurance, if the members approve, at the same level as the co-op’s employees. Commissioners expressed shock upon learning how lucrative the compensation packages are for board members who run the 11 cooperatives that provide electricity to a little less than half the state.

This is ground breaking not only in Louisiana but throughout the south, if not nationally.  Not only are terms limited, but the PSC has put a wrench into way that local coops, their managers, and directors have stacked the deck to prevent any semblance of membership democracy.  I don’t believe in term limits, but this is the exception to my rule, because the cooperative democratic process here and elsewhere has become so estranged from democratic practice or coop principles, that perhaps term limits are the only way to break up the corrupt cabals that have diverted membership power and resources to their own advantage.  Allowing voting other that in meetings where people can be bullied and intimidated or unable to attend because of notice or timing is also important, as well as the fact the PSC is clearly indicating that they are going to keep their eyes of the cooperatives until democracy is restored and assured.  Hallelujah!

The only fly in the ointment is ALEC, the Association of Louisiana Electric Cooperatives.  They don’t want their hayride to be over where they will be forced to pay attention to the membership’s interest and precious dollars, rather than the highly paid management and directors of the cooperatives and their semi-appointed board members.  ALEC is debating going to court to challenge the PSC’s authority here and already has a bill before the legislature that would allow them to ignore the PSC’s orders for more democracy and fiscal accountability.

Jeff Arnold, the ALEC boss, disingenuously told The Advocate that they didn’t need the PSC’s orders because most of their member cooperatives had “already adopted policies to keep the insurance policies the same as employees.  Nine of 10 also have passed resolutions on quorums and term limits.”  Of course, Arnold is never going to point out the obvious contradiction in his statement since the only reason the cooperatives got on top of their self-dealing and anti-democratic procedures was because the PSC went wild over their abuses, which is the very reason they want the PSC to keep of their business so they can go back to fleecing the consumers who are their members like they were doing before.

Even in Louisiana, they may not be able to get away with such an open and obvious rip and run.