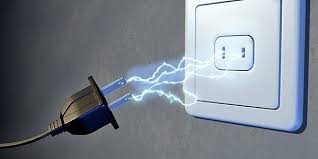 Houston    A head scratcher for me around climate change has always been the issue of how much energy we waste in the slips between the cup and the lip, so to speak.

Oil pipelines lose from 5 to 10% by some estimates in leakage from inadequate maintenance, breakdowns, and, for those following the issue in Mexico and Nigeria, criminal tapping of the lines for use and resell.  Transmission lines for electricity also lose an estimate of at least 5% of the total energy produced, and, believe me, if that’s what the industry is conceding, it’s likely higher.  Given the cost in expended natural resources throughout the supply and delivery system, this becomes incredibly damaging to the environment and expensive to the consumer and impacts entire economies.  Where infrastructure is older and more fraught, like India, the impacts multiply wildly, and in India coal is still a major factor in powering generation.

I looked it up.  This whole vampire thing is based on the amount of wattage being drained from various pieces of equipment while they are turned “off.” Turns out phone chargers, power strips, and computers along with televisions, cable boxes, and other pieces of equipment are sucking power steadily.  Multiplied by a number of devices over a year, it adds up significantly in terms of both your electricity bill and your environmentally footprint.  Using certified “energy smart” devices on things like power strips can make a difference.  I’ve sometimes seen the symbols, but never paid much attention, and I bet I’m not the only one.  Heck, I leave a ton of stuff constantly plugged in.  My bad!

So, sure we recycle what the city is willing to take, but the impact of all of our recycling might not make as much difference for the environment as much as just unplugging some stuff and making sure we’re being energy smart.  We learn something every day, and it’s never too late to change some tricks even for old dogs.

So that’s my excuse, late to the game, but waking up.  What’s the excuse for the industry, generators, producers, and delivers?  They have always known about the “leakage” and loss problem.  Why haven’t they fixed it, way before now?  And, if not now, when?