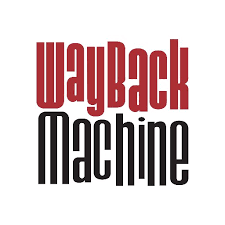 New York City      Showing the documentary, “The Organizer,” in Harlem, it was fun talking to old veterans, Jeff Elmer and Mariana Davenport, and hearing of others.  Emma Graves-Fitzsimmons and I got a big laugh in the Q&A after the film when I acknowledged her as a daughter of organizers in the ACORN family after she asked a question, and she rejoined that if her mother and father hadn’t met at ACORN, she wouldn’t be here.  “Join ACORN see the world, fall in love, build power for people,” I offered as our new slogan!  Mariana mentioned after the screening how much she enjoyed the documentary and remembering “how young” we all were and our exciting the conventions and big meetings had been.

When asked how I’ve managed to now sit through the showings fifty times around the country and the world, I often mention that in addition to all that I have learned in listening to people, I have enjoyed seeing people come together to be able to share their memories with me and the deep love and commitment they had for ACORN and our life’s work, just as people have done over recent days in Philly and New York City.  In Washington, a young woman had approached me after a talk and showing of some clips at Georgetown, and said that her mother had worked for ACORN in St. Louis, Miami, and perhaps some other cities, but had passed away after she was born.  She wanted help connecting to anyone who might remember her mother and would be willing to share such remembrances because that would mean so much to her.

In doing so, I reached out to various veterans of ACORN in the 1980s, which also seemed to unleash great stories they shared of their own experiences in addition to fond memories of the young woman’s mother and their comrade in the organization.  Some are so priceless, it’s impossible not to share.

I have one simple story to relate:  Dallas Texas. Summer 1984, the year we had ACORN’s national convention in tents in the Trinity River Bottom.  I had been in Dallas for at least 3 weeks prior scouting turf and making maps for 1500 ACORN members to conduct the voter registration drive. I remember giving … her members their maps and directions to the turf. Apparently, her members had a blast, and it seemed to be the highlight of the convention for them. [She] told me how much fun her members had and gave me the simplest & sincere thank you I think I ever received from another organizer during my 10 years at ACORN.

I have two other distinct memories of Dallas associated with you & quotes that are indelible in my memory:

#1: The late-night prep session with all organizers the night before the mass march on the Republican Convention on the last day. We were all packed into that huge tent. This was after the voter registration drive. As I recall you said we had already accomplished most of what we had come to Dallas for, and I think you were telling us to avoid arrests and the cops as much as possible and if any confrontation was imminent to get out there fast.  As I recall right before you mentioned getting out of there quickly, some crazed intruder on full-gallop horseback blasted right by the tent, not twenty feet away. One of the Guardian Angels who was working security tore after him on foot at a total sprint. It happened in a flash & you didn’t miss a beat. You said if arrests or violence seemed close “we should get out of there as fast as that” while pointing to the Guardian Angel sprinting after the horse at full gallop! I remember it being both hilarious and how unfazed you were from the weird intrusion.

#2.  I was part of the breakdown/cleanup crew and one of the last to leave the Trinity River bottom. We were exchanging our thoughts about the previous 3 days and your summation was “We really threw it up against the wall this time.”  Whatever I said must have impressed you because 5 months later in your closing speech at YE/YB you mentioned me and my resilience and positive attitude at the convention as an inspiration in the middle of a hard year at ACORN. Not sure what to make of these 34-year-old memories, but I cherish them.

I helped resurrect a canvass team in St. Louis and worked with her in establishing an ACORN Paper Business as means of helping her meet her self-sufficiency goals. She had one of the most enthusiastic attitudes of anyone I worked with in setting these up and really worked the model to optimize their success.  She was a true believer in the ACORN vision and the hours she worked towards the fulfillment of its mission in Miami and St. Louis are a testament to her strength of heart.

Memories feel increasingly random for me, and often conflated. Retrieval systems have not expanded to keep pace with the sheer volume of odd information crammed inside. But ACORN conventions did provide many that are easy to call up. Above all the one there that stands out for me is Sunday morning in Philly ’82. We were hitting all the hotels where the mid-term delegates were staying simultaneously, and I was one of the runners between you, Wade, and the hotels, which were in a three or four-block radius around. At one point while at the hub I could blue police lights flashing at five or six locations at once. It was a scene worthy of a Hollywood political thriller, and I thought to myself: Damn, this is wild. And a whole lot of fun.

I also went with you, Wade, to help scout the route through the garages and bowels of the hotel where the delegates were meeting. Smuggling a couple of hundred members inside there was a pretty amazing feat. As you might recall, Jon [Kest] hadn’t been very forthcoming with the Philly Police Commissioner about our plans, and paid hell for it with him in dealing with the fall-out. Not that Jon ever cared much about that sort of thing. Again, wild, and a lot of fun.

Fred, a detail you left out of your recollection of Wade’s remarks about you at YE/YB in ’84 was his citing your own remark to him as the two of you were parting, which was, “See you at the next convention.” He mentioned how much it meant to hear you say that as we all looked back on what had been a challenging year for us financially and otherwise.”

More importantly, as I always emphasis in these gatherings, the work goes on. Pat added the same update in his note:

Off to DC with a van full of Action NC members bright and early this morning for a DC gathering tomorrow that will include 8 D Presidential candidates. There is a training today up there featuring Reverend Barber, whom we’ve gotten to know well over the years through the Moral Monday campaign.  And yesterday, we did an event in Durham as part of our own Race and Gender Equity Campaign (Beth [Butler, long time head organizer of Louisiana ACORN and current executive director of the successor organization A Community Voice] would like this campaign, Wade) that featured Elaine Brown, former Chair of Black Panthers before that all came crashing down, along with a Caesar Chavez/Delores Huerta march in Charlotte that Hector Vaca, another ex-ACORN organizer] put together. So not all these memories are distant, even if our org’s scale these days is a bit more modest.  Have a good Sunday, you all. Always nice to catch up.

That says it all.  The memories we cherish teach us about our lives and work in the past, but are most valuable when they keep pointing our path to the future.  Reading and hearing these remarks, the deep character and immense generosity of spirit and commitment of people doing the work also roars through in their remembrances, offering another clue to the strength and power of the community of organizers that dedicate so much of their lives to building great organizations like ACORN.