Washington-Chicago-New Orleans: Modern travel stands math and geography on its head – unless price is no limit, and perhaps even if price is no problem, simply because you can no longer “get there from here.”  If you live and work on the road, which I have done for thirty years, you always have stories of travel disasters and, frankly, they are only really interesting to you, and not really even to you, because you lived with the horror already.

Yesterday I was reminded of all of this on a quickly arrange trip to DC to take of a lot of business around town.  SEIU’s travel service did the right thing no doubt by shaving $300 off the flight from New Orleans to DC by booking me on United.  Problem was that the flight ignored the old mathematical concept of the shortest distance between two points is a straight line by insisting that one would fly from New Orleans to Chicago and then to Washington.  Flying to Chicago in and of itself is fine.  Flying to Chicago to connect to another fly fills one with dread and trepidation.

That feeling was fateful.  Showing up at the United counter one found quickly that there was a “weather” hold for high winds at O’Hare and obviously no guarantee that one could make the connection, and the good, old days when an airline “held” a flight for a passenger passed the way of malted milk.  Strong, close questioning at the counter with the agent and the two pilots finally found a hard truth that there was no way to make it really, and despite their assurances that there was not other way, my inestimateable associate, Kevin Whelan, was convinced if I abandoned ship and headed across the airport I might just catch the 7 PM Southwest flight to Baltimore-Washington, which I promptly did, somehow landing 15 minutes before the United flight had originally been due.  Of course I was in another city and a fifty-dollar cab ride away, but I had made it and that was something, and I crossed the threshold of the Super 8 on New York (the only room in the inn!) right at the stroke of midnight.  Enough said!  Course it did cost more – one half of a burned ticket, plus the flight on Southwest, and then throw in a cab ride four times more than expected, but I had made it and that meant it was worthwhile and the business would be done.

So, I ran around a square, like a mouse in a maze, between the AFL-CIO building up to NEA staying on 16th and then over to SEIU on 14th and then over to the Teamsters, looking over the Capitol, a cab ride away, and then back to the AFL-CIO headquarters for another session, and finally to the airport – whew! – a whole day made on an 8 AM muffin and a couple of cups of coffee, but that’s what a day trip is.

And, I’m back on United flying from DCA to Chicago and then on to New Orleans on the same plane.  There is one seat open in the whole ship, and it turns out to be right next to me.  It’s our lucky day, my fellow passenger and I agree.

Of course we came to that agreement before we waited on the tarmac of Washington National Airport (now Reagan) for over 3 hours because of some rain in O’Hare!  We finally arrived in Chicago around 10 PM to the announcement that all of the planes in O’Hare had already departed except one to Moline, and of course this very craft heading for New Orleans.

There were two of us who guarded our seats knowing that we – along with a hardy band probably stretched across their bags in the waiting lounge – were still going to get to go to New Orleans.

As I write this I know if my luck continues to hold, I’ll make it home by 2 AM in time for a couple of hours before taking my post on Elysian Fields Avenue. 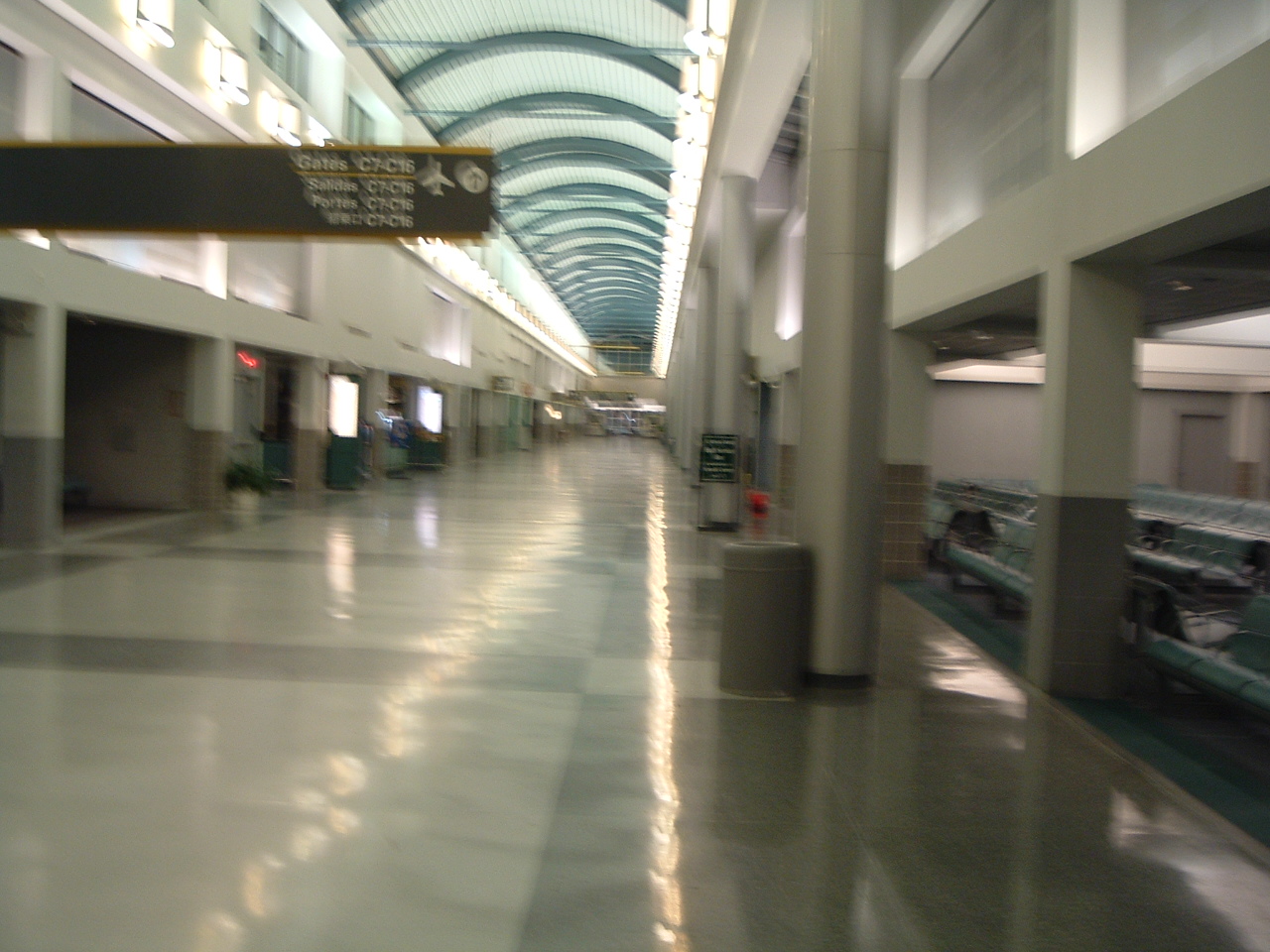