There is a lot about New Orleans that is defined by the River.  In fact the whole history of the City starts at the curve of the River and grows from that point.  Perhaps not lifeblood today in the same way, but the River still plays a powerful role.  This is also not any small trickle, but the giant, fierce, and deadly Mississippi River — king river of the country.

The Greater New Orleans Mississippi River Bridge crosses from the main part of the city to Algiers, the only ward on the west bank and then to the small towns that have now become suburbs traveling west.  Bridges are big business themselves, representing huge architectural achievements at their best and wildly large investments all the time.  Once up and doing their job of letting people and business cross 24/7, a bridge needs constant upkeep and maintenance, costing millions as well.

This is dangerous work on the best days, working on scaffolding with ropes and safety harnesses hundreds of feet above the River, which is 500 feet deep, and more at the apex of the crescent.  This work was all union work and needed to be. The workers deserved top pay and had to have every possible protection to force employers not to cut corners when it came to their safety, so that they would be able to get home later and spend the money as well.

Now for the first time the repainting is being done non-union, lowest bidder takes all.  The job has already been shut down once because the contractor was not following lead protection guidelines.  The New Orleans ACORN office is full of “lead-heads,” as they jokingly call themselves because of a huge project the members are running to try and get lead out of the neighborhoods, so I had heard them groaning earlier about this bridgework, when it was shut down.  They had pointed out to anyone who had a minute that the lead chips from the bridge were going into the water right next to the city’s drinking water intake pipes.

Friday morning a young Honduran man, supporting his wife and two young daughters with remittances sent regularly to his home country, talked to the boss about his concerns about safety on the bridge and whether enough was being done.  The boss said he had worked on the job for two years and was one of the most careful workers he had.

Even writing this I can feel his fear.

Perched high over the roiling, brown water with nothing but wires and ropes everywhere while wielding power sprayers and sanders and wrapped in masks and whatever else kept the dust out of your skin and eyes.  Fog, mist, rain, and sweat on different days adding to the slip of the steel, where the only thing that can focus your mind is counting the dollars you are making every hour so that you can build a life for your family back home against the years, months, weeks, days, hours, and minutes until you can finally climb down from the bridge to dry land, walk away, and never look back.

The boss told the reporter about the worker’s question as if it were an example of irony, rather than a premonition:  a careful worker worries about safety, then look what happens.  I take the worker’s questions — in whatever English he could muster or Spanish that the boss could follow — as a warning, as a way a worker with no power on the job, tries to tell a boss who rules his life and world, that something does not feel right, something is not right, and something has to change, or someone, maybe me, is going to get hurt.

A man working on a bridge for two years is no coward.  He is someone who does what has to be done and knows how to do it.

When that man faces fear and feels the foreboding of danger and perilous circumstance, it must be heeded as especially serious — deadly serious.  When that man can see his life fleeting in front of him there have to be reasons.  There must be a reckoning.

It is terrible to imagine a man fearing his own death. Then facing it. Then feeling death embrace him as he falls into the water’s arms, comes up once according to his co-workers, and then sinks out of sight, not to be found.

Terrible to imagine, but tragic for one young, Honduran man, his family, and all of us who know this is never the way to live and should never have been the way for anyone to die.

How does one measure the full weight of such a sacrifice to a little lower wage and a slightly lower bid in the final cost and loss to a whole society, culture, and people?  Lester Irula from Honduras fell to his death after three previous falls with safety harnesses by other workers on a job run by Dan Martin from Certified Coatings on a $20 million dollar project to paint the bridge towering over the power of the River.

There is no balance there. 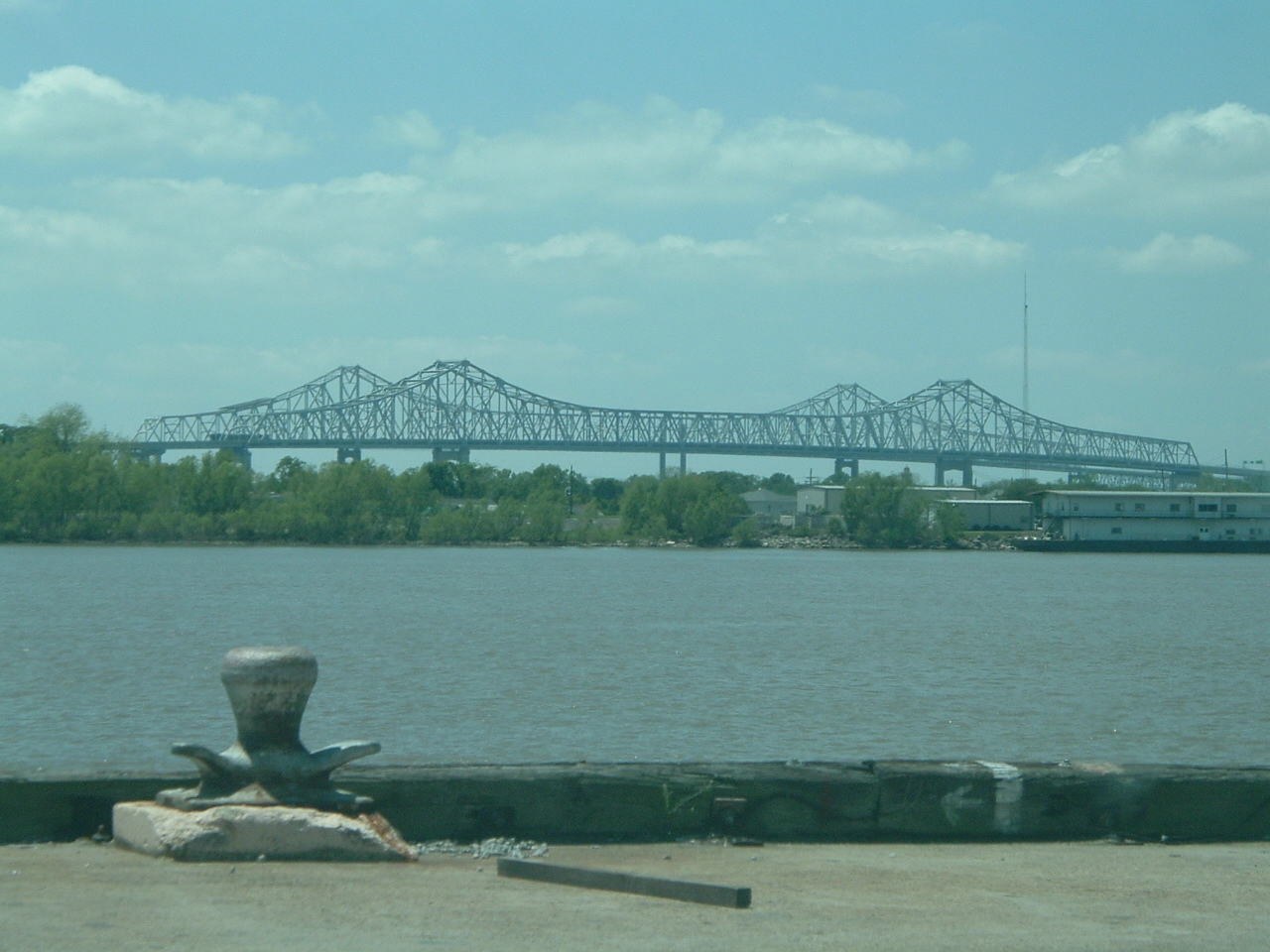