Seattle & New Orleans: Tax day finally passed, and we were in it up to our ears this year!

A casual conversation with Luz Vega-Marquis, President of the Marguerite Casey Foundation based in Seattle, Beth Rosales of the same, Drummond Pike of the Tides Foundation, and myself over lunch in the rain a little more than a year ago had somehow propelled us into a massive three-city experiment ACORN designed and Marguerite Casey funded.  We were all appalled that one of the few entitlements left for low income families did not have darned close to full participation and we wanted to know why not.  I happened to have it on my mind that day having recently read an article about the shortfall, and after I mentioned this scandal, Luz turned to me three times and said, “Wade, I’m interested in this – come back to me with something that changes this.”

All of which led us to the point where we were testing out our methodology of door-to-door, full court press organizing in the diverse lower income neighborhoods of Miami, New Orleans, and San Antonio to see if we could prove that something could be done much, much differently.  Starting from scratch we managed to take this whole concept and operation from “zero to sixty” in order to try and get up and running to have free tax prep sites, crews to move on the doors and phones, tax preparers, IRS approvals and software, and everything else on-line and cooking, including what has led to a huge campaign against H&R Block and now Jackson-Hewitt, the two largest preparers in the country on their practices, especially RALs – refund anticipation loans – but that’s another story!

I met with Luz and her team late on Wednesday afternoon in Seattle and was able to give them the partial results from the first tax season – and in many ways they were amazing.  In these three cities we had filed returns worth about $5 million dollars!   About 5500 folks had filed with us and more than half of them had qualified for EITC, as we had speculated.  We had also managed to seriously engage H&R Block and are close to an agreement from the reports of Maude Hurd, President of ACORN, and Lisa Donner, Director of the ACORN Financial Justice Campaign, who has been managing the effort.

It had also been wild and fun.  It felt like the old days when we were running everything out of storefronts with people lining the halls to get their EITC benefits and their taxes done.  Seeing the organizers and members beating the streets to push full participation in a benefit program that lower income working families desperately need, but somehow the IRS and everyone else is trying to drown in silence, all makes sense and then translates into dollars and cents.

Why with all of the benefits to people and the cities where they live, are we not doing everything that should – and can – be done? 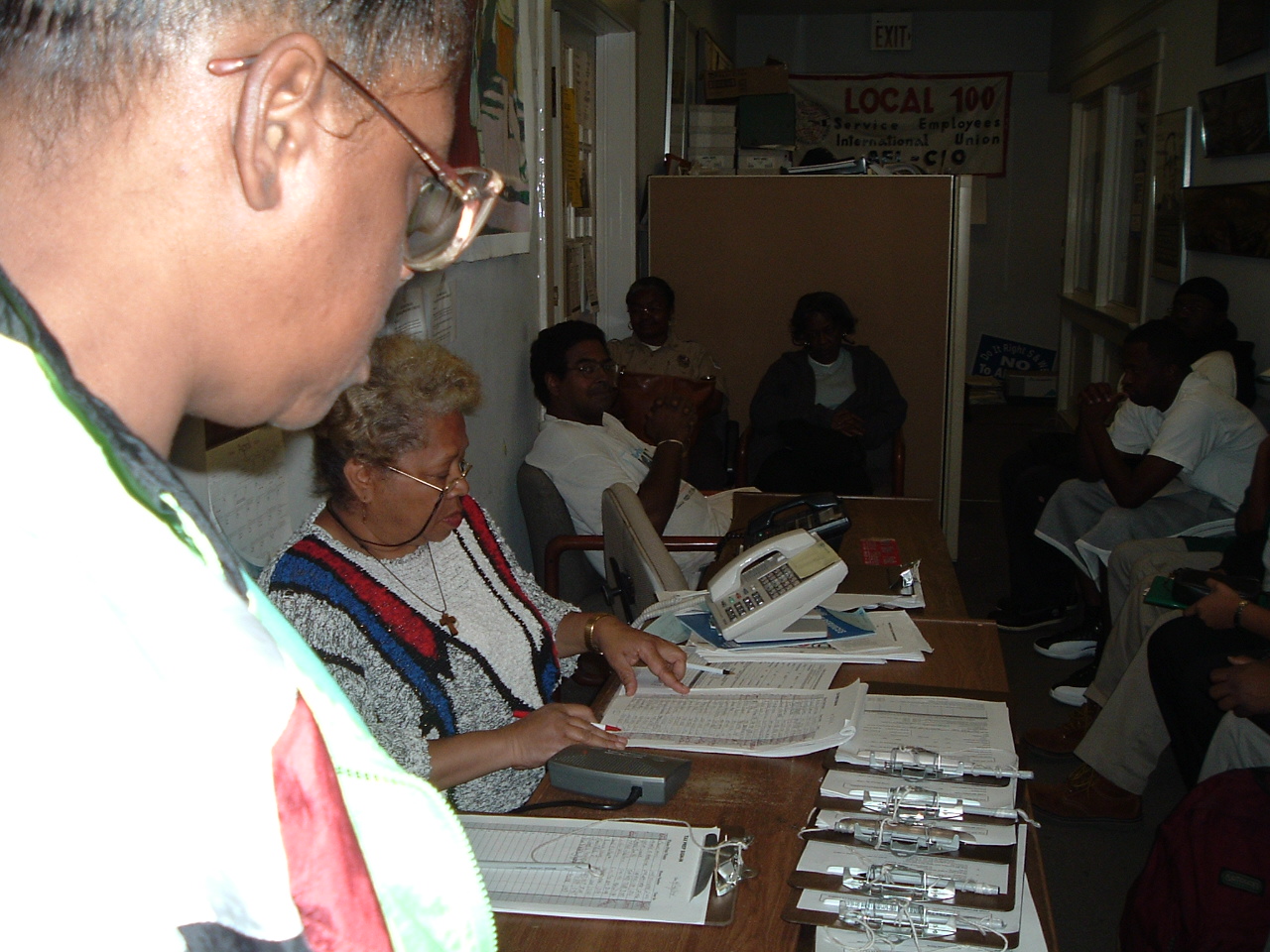