Vancouver: A tip on a boat in high waves last year, trying to make it from Cortez Island to Vancouver Island to fly back and then home, led me to the Sylvia Hotel, a good enough, older house, which becomes fantastic because its location is hard by the beach at English Bay and right next to Stanley Park.  A beautiful spot that rain or shine lets me open my eyes and look across the water at the freighters coming into the Bay filled with containers against the outline of the coast mountains farther behind them.  I can run along the seawall around the Park and keep an eye on the ducks and gulls, while stepping around the screeching fish crows or searching for the soaring eagle.  I can run into the Park and around Lost Lagoon where today the mallards and coots were everywhere and giant, gorgeous white swans painted from a picture right onto the water, were also in two cases nesting and waiting for the time to bring the chicks forward.

Or I can run the other way along the false river along the water and under the bridges.  On the beach there will always be homeless folks camping and under cover or picking from can to can.  Canada is a different place.  They actually spend money to maintain Stanley Park, pave the walkways, build new pads for the benches, and plant the tulips in this season.  They also donate good equipment to the homeless.  It is often easy to be confused by someone walking in good gear from trash can to trash can or sleeping in what appears a sturdy bag with good ground cover about whether these are a variety of urban campers or homeless.  But appearances are simply that.  Stopping in a convenience store we all had to wait as the counter clerk confronted one fellow who had managed to put six cartons of butter, cheese, crackers, and assorted other items into his jacket before being spotted.  To keep the police from being called he claimed he would pay up, if allowed to go use the ATM.  The clerk pointed to one in the back of the store, but the fellow said he had to use a chartered bank — and they disputed this unusual point until he was able to finally break for the door and run.

Yesterday a couple of miles away from beautiful Stanley Park, we visited the offices of DERA — the Downtown Eastside Residents Association — which delivers services in this large neighborhood of 15000 residential and transient souls depending on the season.  Walking in and visiting at the counter of a classic storefront that reminded me of a hundred organizations where I had stood just like this over the years, one could hear time stuck here as well.  Advocates that assisted people in getting welfare and dealing with housing at the hundreds of SRO style hotels that were everywhere through this area, gave us a brief of the ups and downs of service delivery because of the vagaries of funding from the provincial and other government sources.  A constant commitment to service programs for the community though sometimes one thing and sometimes another, and sometimes not much at all.

DERA is a seminal organization in the contemporary history of social action and movements in Vancouver.  Jim Green, a current councilman, was a long time director and visionary there.  Still styled as a membership organization, once a year 300 or so people get together and elect officers and try to soldier on.

Members are defined as whoever can prove they live in the downtown eastside by whatever means possible.  I listened carefully to the explanation that there was not homelessness here — people instead were “address-less.”

Downtown or on the beach in the shadow of Stanley Park it’s still no picnic for anyone without a home — or an address. 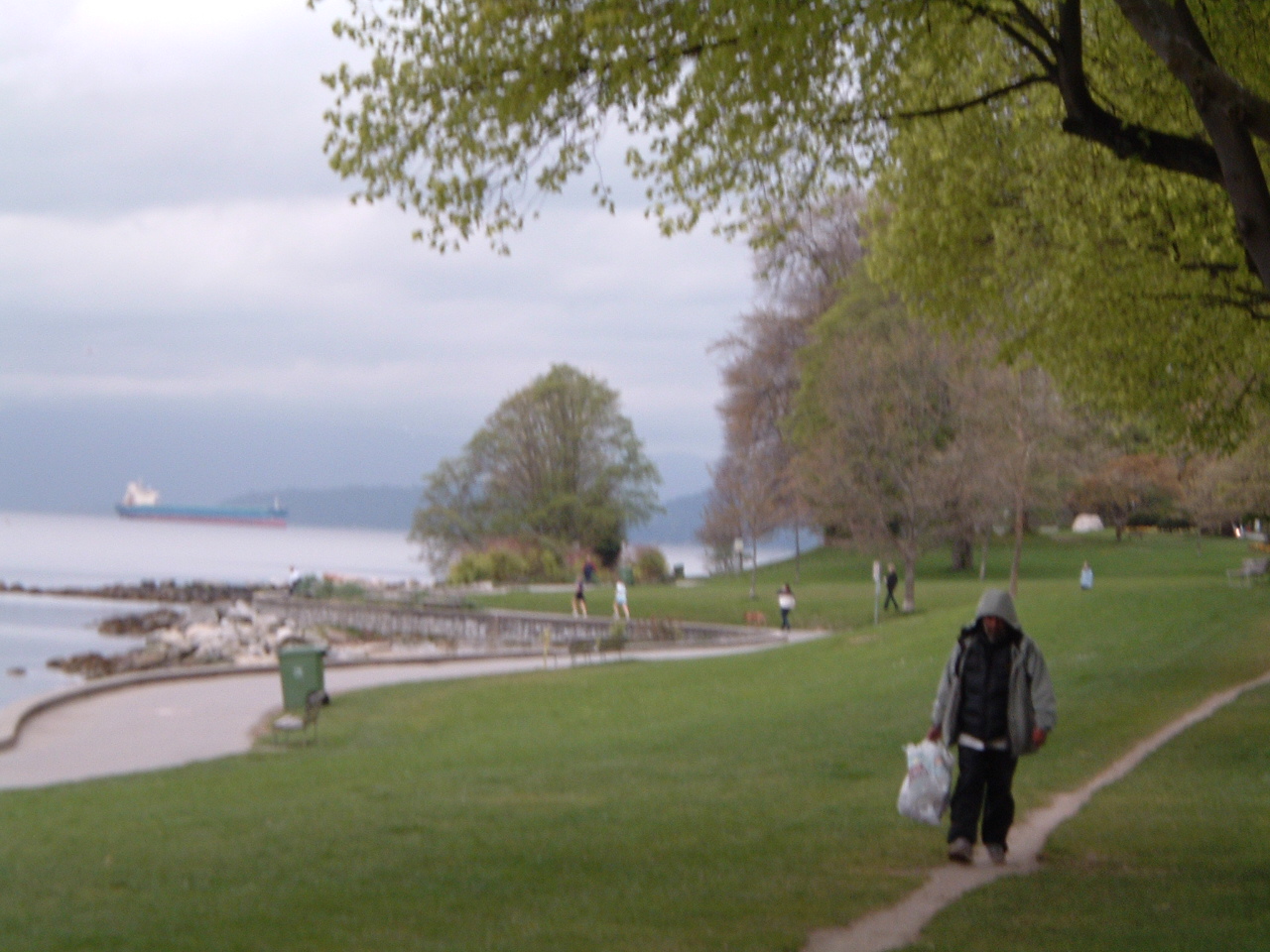