Johannesburg and Cape Town Our Organizers’ Forum contingent was fortunate to meet with a lot of the backup and support troops for labor and other social movements while in South Africa.  Doing so gave us a better sense of the capacity and support for these struggles.

The largest of all of these operations was DITSELA — the Development Institute for Training, Support and Education for Labor — a roughly million dollar ($US) outfit that is deeply involved in a range of research programs for the primary labor federations and focuses heavily — when it can — on classic labor education.  We met with their Acting Director, Steve Faulkner, a transplanted Brit who had been working with the South African labor movement the last dozen years.  DITSELA was a stable operation due to a unique demand made collectively by the all the major labor federations in 1994 that demanded full government funding and support for DITSELA to increase their capacity at the end of apartheid.  As critical and well resourced as DITSELA was, it was not hard to sense the tension Faulkner and his associates felt at having their star hitched so closely to the Labor Department.  They were frank about the tensions in the new age as workers were losing some of their historic voice in the corporatist evolution of what had been a fiercely worker directed body — COSATU for example still requires any union leadership committee to be at least 50% rank-and-file members, which is a rarity!  They worried that there were issues to still be resolved between the content of their work and the direction of the requests.  They were also surprised — and a little disappointed — that they were now being asked to do all of the shop steward training for COSATU, when formerly this was an area of expertise for the union.

We had met previously with Nina Benjamin and some of her staff at Khanya College which had evolved from a community education center after 94 to being a support and training center for smaller, more independent unions and emerging social movements.  Their worker center was in a beautiful location in a set of buildings that had been remodeled worker dormitories in central Johannesburg.  EU funders, particularly in Germany, seemed to have provided their budget of about $4M Rand (c.$800K USD), which was surprisingly large.  In their brief history one could follow the trail from government funded projects with COSATU to independent and more critical projects on the edge of the labor movement with groups that were increasingly critical of the Alliance and the ANC.  These were the support forces for the Anti-Privatization Forum and its coalition in the same way that DITSELA supported COSATU and other federations.

Somewhere in the middle we found Leonard Gentle and his team in Cape Town at the International Labour Resource and Information Group (ILRIG).  A smallish operation with a half-dozen folks also funded from the EU in a lesser amount, they were fiercely independent.  Their roots were in the labor movement — Leonard had been a metalworkers shop steward and activist — and this gave them much of their value.  They were easily able to move between union and social movement projects.  They were “seekers” looking for a way to find meaning to all of these rapidly evolving changes.  Refreshing for the lack of cant, but clear in their critique that something was not working in the South Africa where they were making their stand.

We also had the opportunity to meet a delightful comrade, Jeff Rudin with the South African Municipal Workers Union (SAMWU), one of the largest of the public unions and a force in Cape Town.  We met at Trade Union House and Com. Rudin shared the history of the building, which seems to have been the oldest union owned building in South Africa according to his research.  Com. Rudin had come back after a long exile and was clearly in a marvel still to have been able to return to his native land, and that in itself was moving.  His transition had not been easy.  He had worked in Parliament when he first returned and been sacked after a half-dozen years for reasons that either were still mysterious to him or were impossible to fathom clearly.  He had ended up as a one-man research department without a specific mission or program or seemingly job description, but still happy to do his part, whatever that part might be.  This was a kinder and gentler labor movement and it had found Com. Rudin a home.

There were patterns and paradoxes here as always.  Not surprisingly, as always seems the case, the support, training, and research outfits are always better resourced that the organizations that do the actual work and organizing, but that is a world story, not a South African one.  And, without speaking to each other about it, clearly we envied our brothers and sisters in South Africa the capacity which many of us felt we did not have in our own work in the US and perhaps even Canada for our work.  We did not covet, but we did feel the pang of envy, telling the unvarnished truth, just as our brothers did in South Africa. 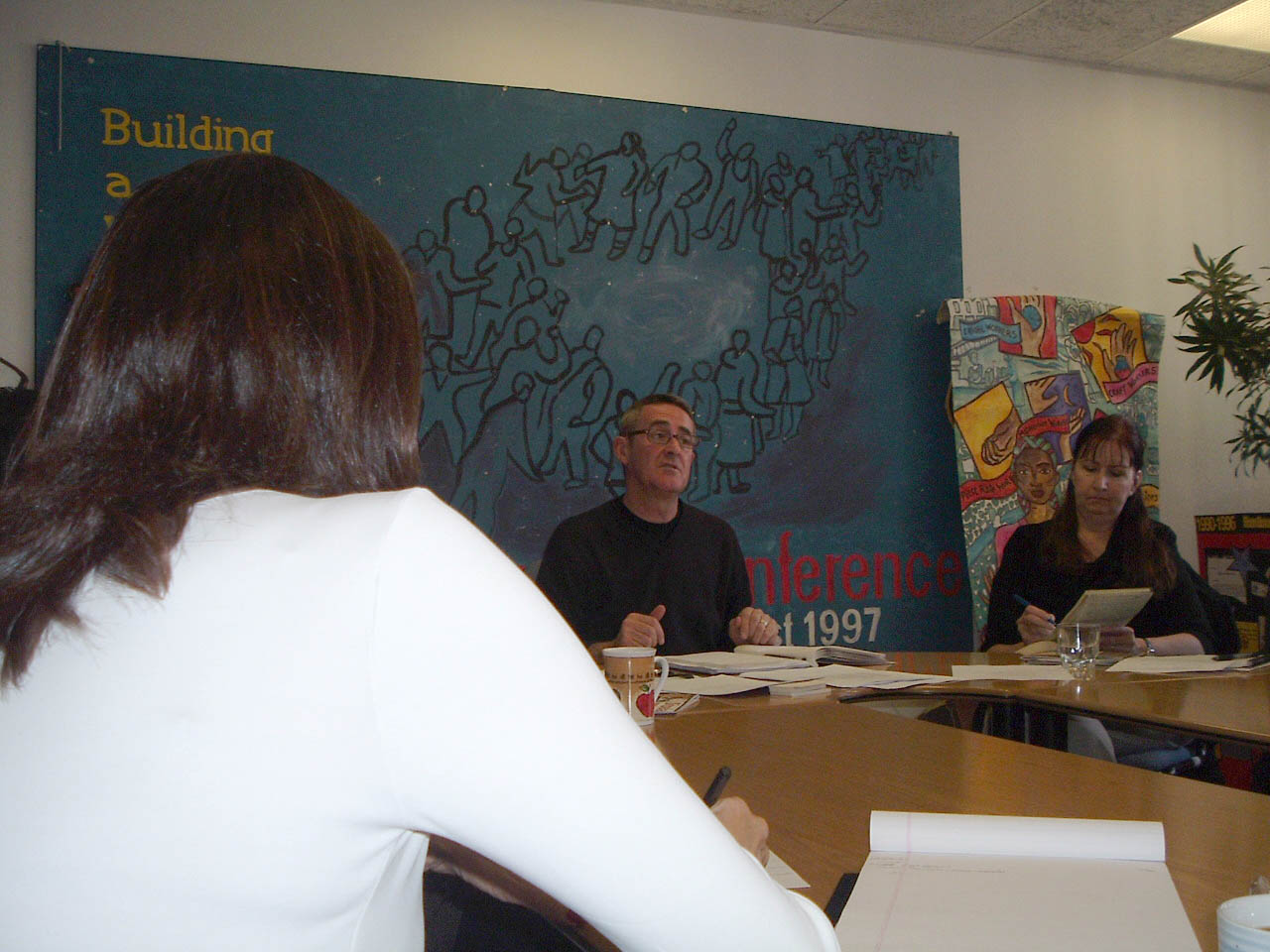