Cape Town Perhaps nothing has taken the “bloom off the rose” in looking at post-Apartheid South Africa than the startling level of denial the government showed concerning the pandemic HIV/AIDS crisis in the country.  The denial of programs and initiatives, both internal and externally, allowing the use of anti-viral dosages with the impacted population was met with reactions around the world that might be characterized somewhere between amazement and revulsion.   In many ways this was a harder pill to swallow in understanding the political program and governmental administration through the ANC and its alliance partners even than the embrace of neo-liberalist globalization.  At some level everyone was doing that, but almost no stable, democratic government anywhere was refusing to confront the pandemic, yet President Thabo Mbeki had been quoted time and time again with the most outlandish statements about AIDS.

The Treatment Action Campaign headquartered in the shack settlements around Cape Town was at the heart of this effort.  Its charismatic leader, Zackie Achmat, led the fight in South Africa, the home of more HIV positive people than anywhere else, for a governmental change on anti-virals.   The Organizers’ Forum went to Khayelitsha, where TAC operated a clinic with Medicins sans Frontiers.  Khayelitsha had been a dumping ground 20 years ago for a forced removal program of blacks from settlements near to Cape Town and still was struggling to be part of the new South Africa in terms of services and facilities.

We were met there by Nathan Geffen, Denis Matwa, and Thembeka Majali who moved the TAC program in Khayelitsha and elsewhere around the Western Cape.  Nathan wore the signature TAC t-shirt which in large, bold letters over the blank white of the shirt said simply HIV Positive.  We could see similar shirts being worn around the Khayelitsha market place.  This was a “rights” movement confronting power over its needs.

Part of the story now focused on the more nuanced position that TAC was taking in both pushing the ANC and being their partner.  TAC with support from any had won important victories from the government in moving anti-virals to those that had to have the medicine to survive.  In exchange TAC had entered into a partnership of sorts with the government to continue to make progress their issue here.

Coming into Cape Town we had a sense of how the lines were drawn.  Many of our delegation had sat in with the community section at our meeting with COSATU and had heard one of the comrades speak about the need to deal with all health problems first without separating the AIDS pandemic for preferential treatment.  This was the ANC line spoken clearly by one of the primary partners.  Similarly on the other side of the divide Trevor Ngome had been critical of TAC having partnered with the government, though when he spoke of the disagreement the APF line did not seem wildly different from the party line itself — it was more a critique of a single issued emphasis trumping overall health commitments and expenditures needed by the government.

Nathan Geffen from TAC somewhat impetuously dismissed any criticism of the tactical dilemma of their newly minted partnership with the government by saying their critics were “still lost in the 80’s” and had not made adjustments to the present times.  The 80’s in South Africa was our 60’s — a cultural divide between optimism and reality — a time of struggle, movement, and change.

In truth the difference was more than just a question of rhetoric and deal making.   TAC had a real and present constituency — HIV/AIDS victims.  This was not a political movement, but a matter as importantly about life and death.  TAC like any advocacy organization had to finally stand and deliver to its base, so made what deals it had to make to survive.  On the other sides of the debate there could still be theory and arguments over classically pure positions, but here in Khayelitsha these arguments were moot when you stood in line for medicine with your t-shirt on your back. 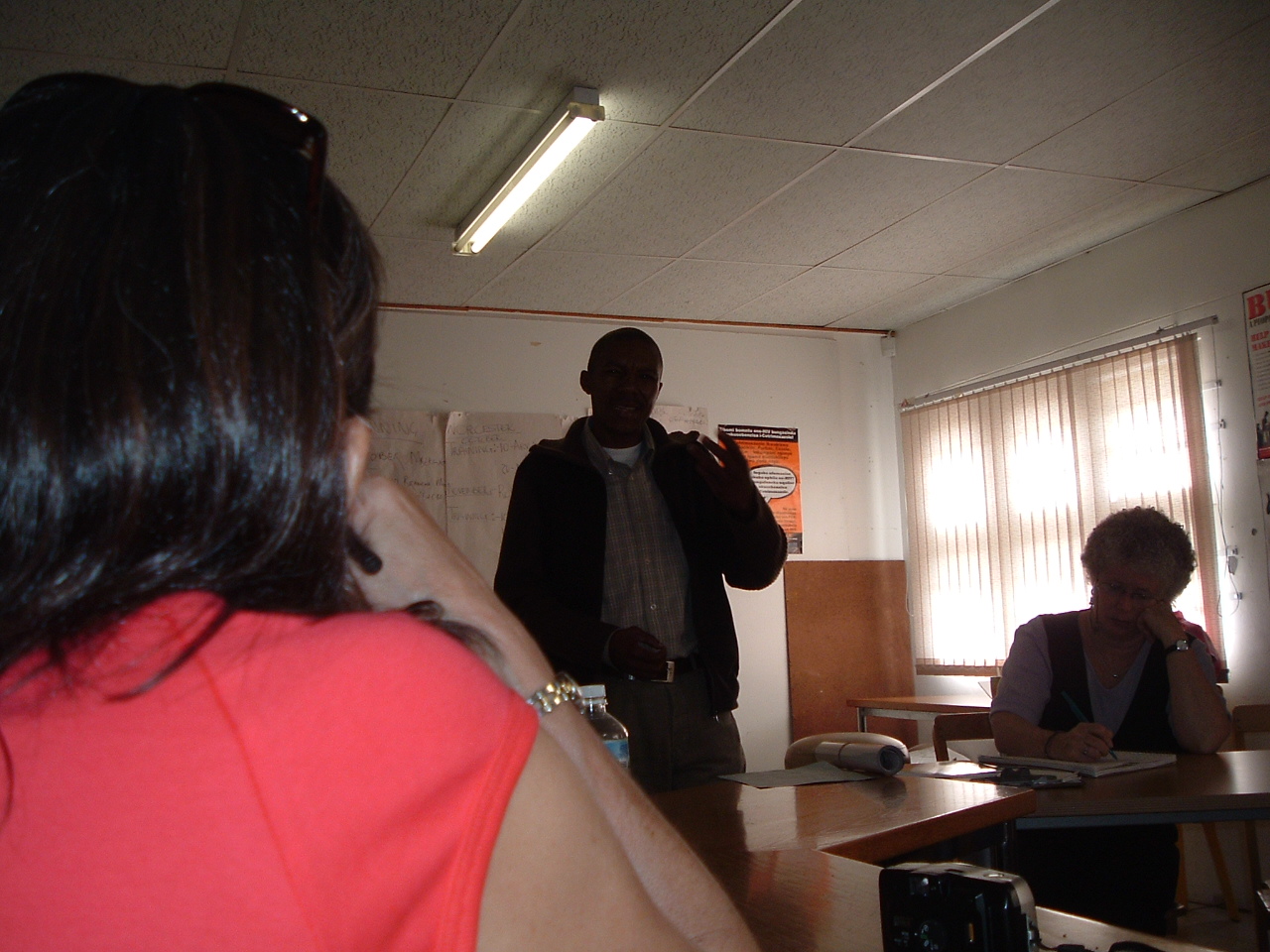 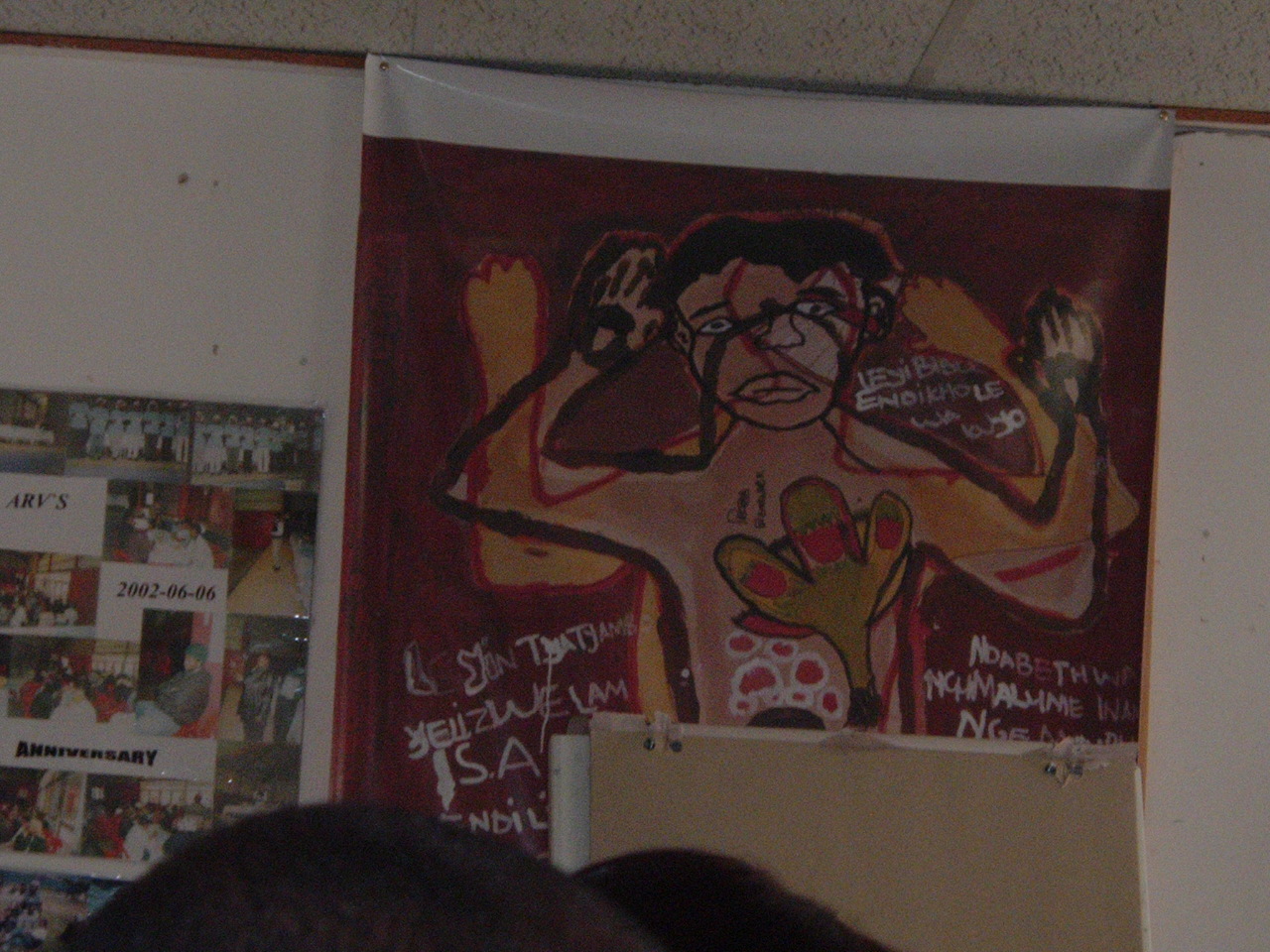