Cape Town In a country where the government concedes nearly 29% “official” unemployment and the argument rages over how to count disillusioned job seekers as they fall off the charts, no one seriously disputes the fact that unemployment is likely at least 40%.  In the world of numbers that means that in lower income areas a national baseline figure, call it 29% or 40% or whatever, is going to explode past the majority of the population up to 70-80%.  How in the world do people make it?

They make it by the hardest obviously.  Some people we met speculated that every job holder in the country was probably supporting another 10 people in their immediate and extended families.  Another answer lies in the vast “informal sector” of the economy.  Yet another answer lie in learning about the fight over the last decade — and partial success — to extend social security payments — or what we would call welfare payments — to more children in the country.  In Cape Town we met with the director of the Basic Income Grant (BIG) coalition supported by COSATU, APF, and many others, but we did not feel that we were really close to the story until we met with the leaders of the New Women’s Movement in a historic building in District 6 on a rise overlooking downtown with acres of undeveloped land all around us.  The meeting space was almost a story in itself, because it was a last vestige of what had been the community before it was cleared out and resettled by the leaders of apartheid.
We were fortunate guests at a one-week training leadership school for young women 18-24 that NWM was running a the center.   One could not escape feeling that one was in the bosom of the best of feminist values and principles as the older NWM women — several of whom had helped found the organization — spoke quietly and firmly of their history and the struggle for more welfare coverage which they had led, largely on what we would call a shoestring and a prayer, as they had mobilized forces throughout the country, camped in the Parliament, and finally secured a concession raising the age for child support from 7 to 14 years.  These were gritty, determined, and I must say, elegant sisters, who clearly had made deep decisions about what was right and just and then played way, way, way over their weight class and through conviction, commitment, and persistence had won a victory.  It was a great story and no doubt they had played an important role.
We no longer cared about all the details and exactly who had done what and when.  One could look around the room and see in their eyes and hear in their voices that our delegation of hardened, cynical labor and community organizers had gone mushy based as much on what they were hearing as the totality of the environment.  The whole idea of senior women leaders now training young women had power and appeal.  Hearing the training director and the young women describe the week’s curriculum and its emphasis on everything from social & political economy to AIDS health awareness to how to run a meeting was moving our organizers.   Going around the room, the young women stood up and identified the communities where they lived and what part of the training meant the most to them and why.  The wind was roaring outside suddenly.  Windows and doors were slamming shut in the sudden gush.  You could have heard a pin drop.
The organization had little real capacity.  Talking to one of the founders she shared with me the facts.  The two days here and there scrambling to find enough pay to work for the organization.   This was a labor of political commitment and love.
I asked the assembled women if they could bear yet another weight of responsibility and stewardship.  One of the founding members of the Organizers’ Forum board, Andrea Kydd, had recently stepped down from the board for health and professional reasons.  I told the story of first meeting Andrea more than 35 years ago when both of us organized — as they did here in South Africa — for the National Welfare Rights Organization, me in Massachusetts and Andrea in New York, and of her continuing work including her interest in health issues.  I asked them if we could make a modest contribution to their work for the next couple of years or as long as possible in Andrea’s name in honor of her work and service to organizing, and would they accept the responsibility to carry that work forward in some appropriate way for their sake and to honor the contributions that Andrea had made to this struggle as well.
I looked across the room directly at ……………the founding member.  She rose to her feet with what Barbara Bowen, the Organizers’ Forum, described as tears in her eyes, and with solemn grace said that it would be an honor and thanked us.
There is a spirit of struggle that is invincible and it is always good to be reminded that its power will in fact change the world. 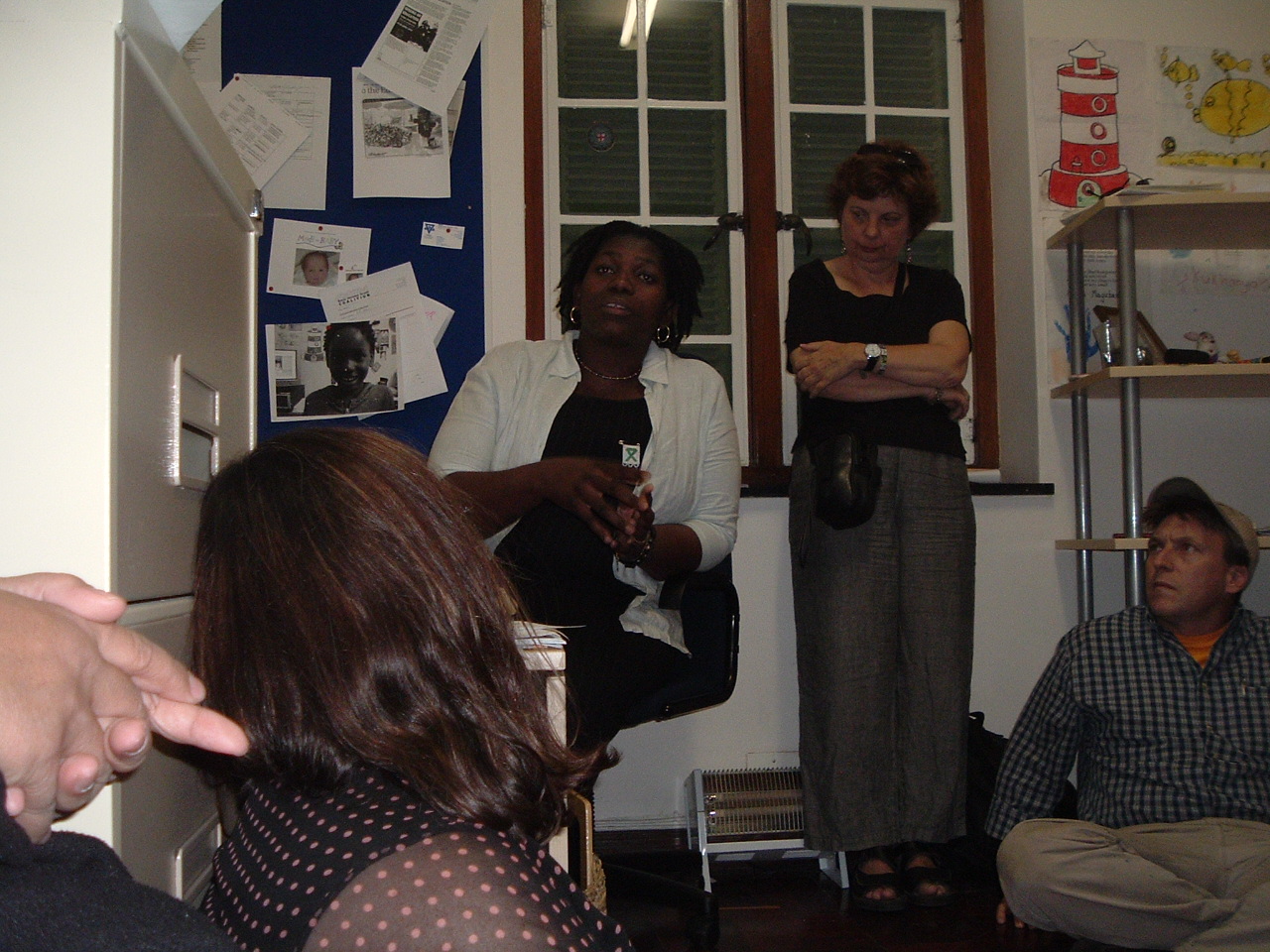 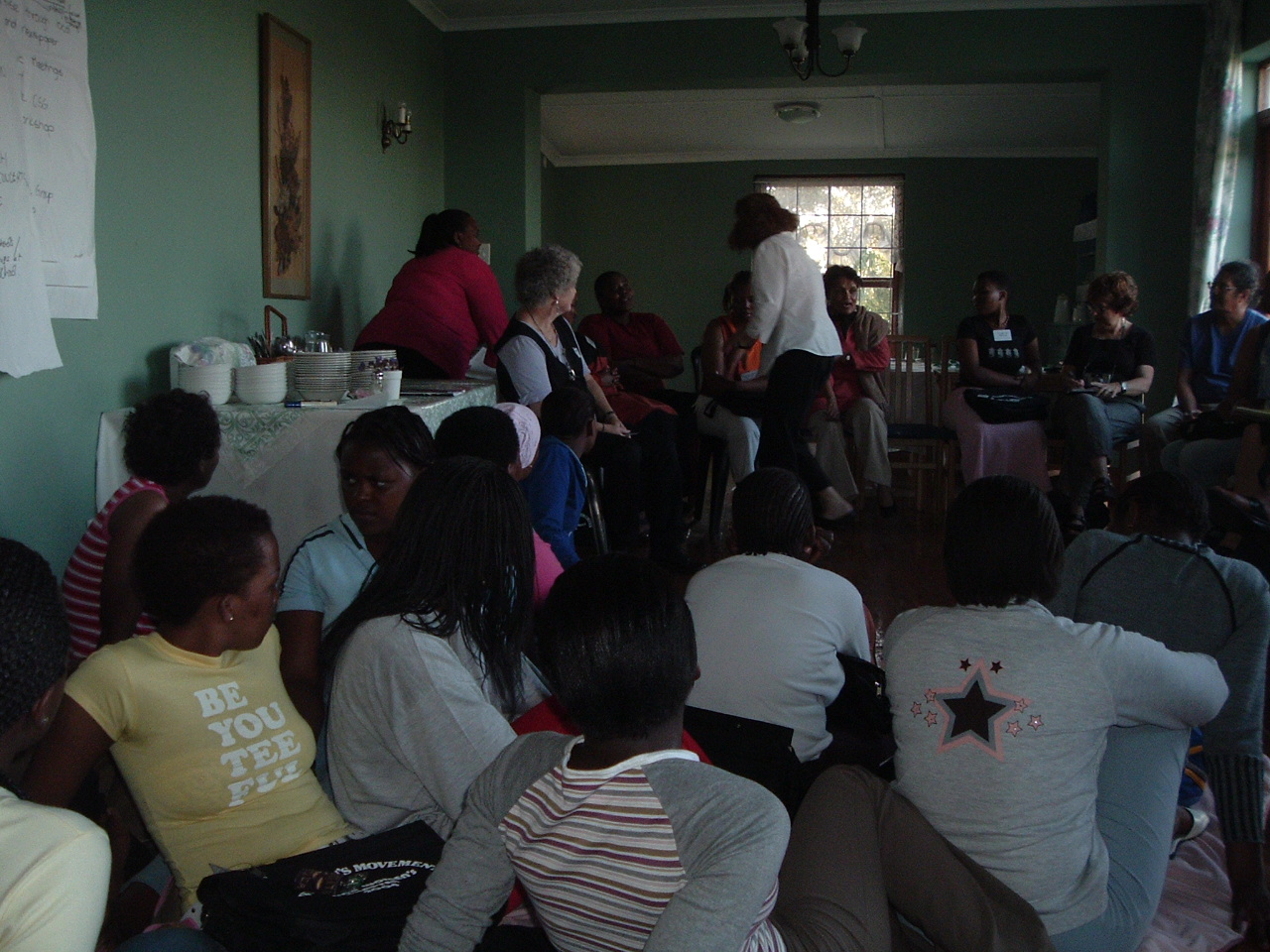 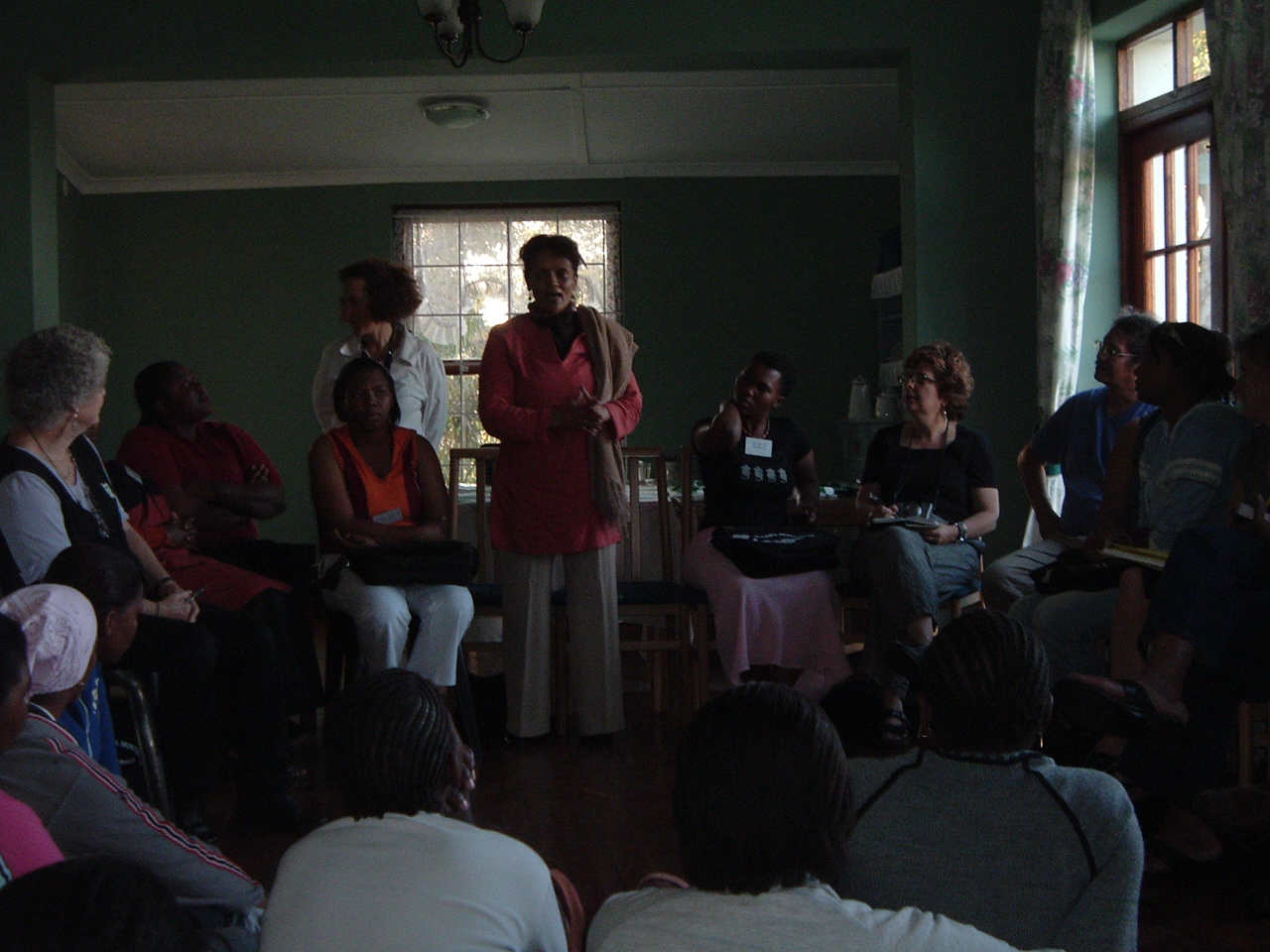