Washington, DC: Every year ACORN leaders come from far and wide to Washington, DC for the annual ACORN Legislative and Political Conference.  This year more than 150 ACORN members came for the full week and another 800 members came to participate in actions.

The timing was fortuitous.  The ACORN delegation happened to be in town just as Senator Kennedy tried to move a bill forward to increase the federal minimum wage.  I was fortunate to be in Washington to see the busses pull out to quickly try and meet with their Senators in order to get the measure taken seriously.  Good effort, but meager result unfortunately.

At dinner the night before John Podesta from The Center for American Progress and Alexis McGill from Citizen Change were excellent at engaging the ACORN leaders on what needed to be done to continue to fight back and advance progressive politics in a significant level.  These were good friends and allies.  A leader from St. Louis was quick to comment after Podesta’s remarks about the long struggle we would have in educating voters on the program.  A leader from Columbus was quick to jump up after she spoke to offer to bridge the gap between ACORN families and the hip hop generation.  The watershed work in 2004 had clearly produced an ACORN leadership that was engaged and unabashedly ready to go toe to toe with anyone anywhere, friend or foe to move the program forward.

The actions were good.   Besides the minimum wage effort, the organization moved the program on social security and engaged Liberty Tax Service at three of their DC area offices to let them know that we knew their business and were “over it.”

A small meeting that was held between HUD officials and a delegation of ACORN leaders though may have taken the real temperature of current Washington conditions.  Chicago ACORN and the ACORN Housing Corporation have been trying to salvage a development in Lawndale that would put together more than a 1000 units of good, affordable housing, but the devil is in the details, and HUD controls the details because without section 8 extensions the project might not be able to get off the ground.  HUD in Chicago had been resisting meetings at every level, so it took the intercession of new Senator Obama to get an audience.

Audience is the right word.  The HUD officials of old — even in disagreement — would sit at the table and look you eye to eye.  No more!  They said at the table and looked down at the chairs set up for the dozen in our delegation.  The anti-terrorists inspections to get in the HUD building had also become part of the ambience of the meeting, when for purposes of nothing other than intimidation; HUD brought several of the anti-terrorist team to stand around the room, while they met with the ACORN leaders.  What was that about?!?

This was no meeting, and it was certainly not a negotiation.  This was an audience where the message was that there would never be another meeting in DC on this subject.  There was no pretense of listening other than in the most perfunctory terms.  There was going to be one way, their way, and no other.

We are not wall flowers or shrinking violets.  We go to hard edged meetings every day around the country, but this was a “new” HUD stripped of even the pretense of caring about the constituency and issues.  They had a mandate and were on a mission from a special and separate god, better by far than any we might have ever known, and we — with the devil — could take the hindmost.

Little meetings or large, the ACORN delegation could feel the cold shoulder and the fact that there was a mean spirit at large in the capital that promised a hard four years. 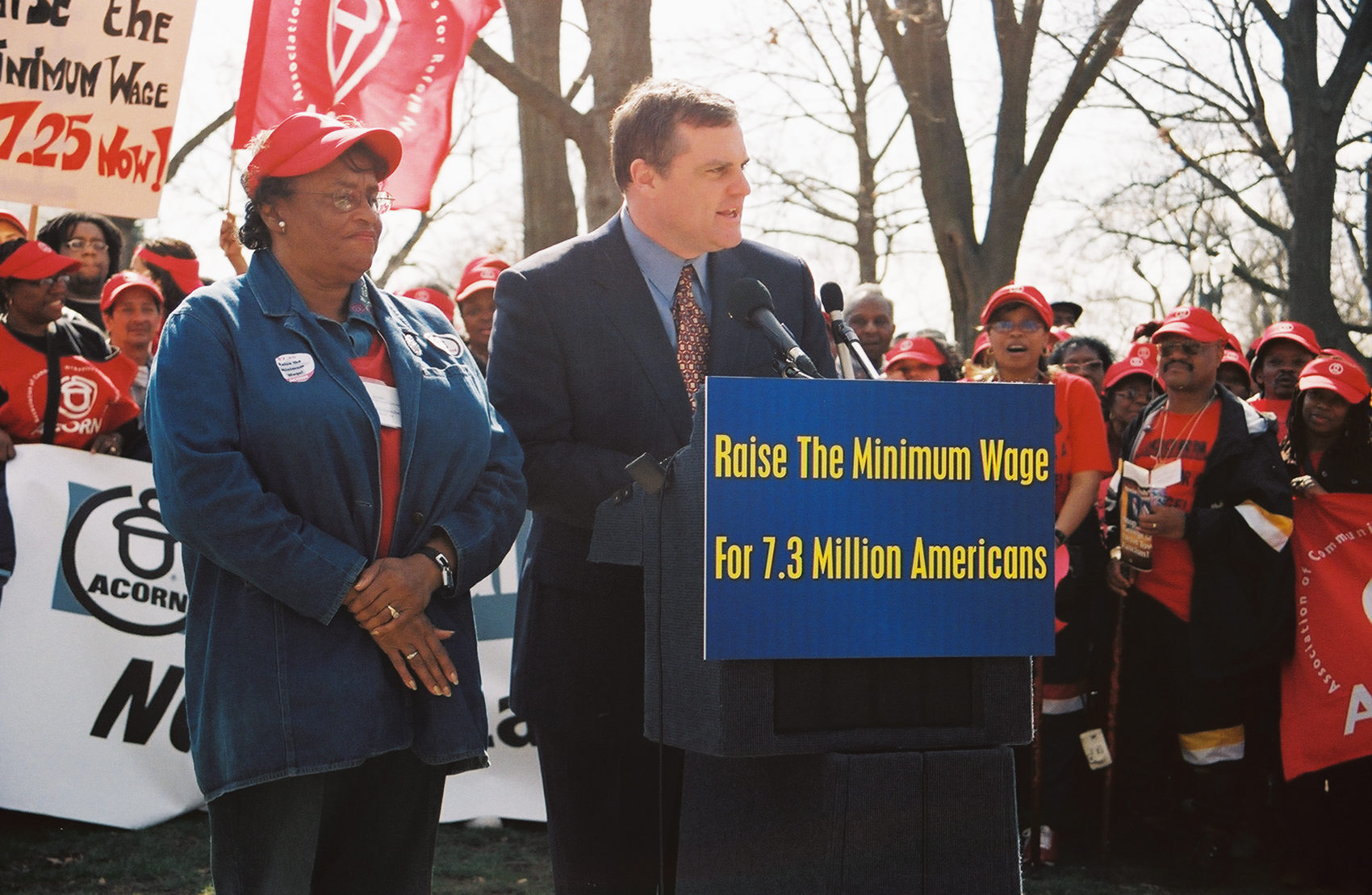