New Orleans:  From what they were telling me on Saturday morning in the office, full of the excitement of the night before, a call had come into New Orleans from ACORN’s office in Washington saying there was a table’s worth of free tickets for ACORN members from New Orleans at Roseanne’s show at the nearby Grand Casino in Biloxi.  The show — deep in the heart of Mississippi — from all reports from the members (who loved it!) indicated that it was ribald and raunchy and included a long anti-Bush riff (which the ACORN members thought was wildly great!!) which was greeted by the crowd in a sullen silence.

Furthermore (you won’t believe this, Wade!) the ACORN delegation was the only one expressly invited backstage.  The ACORN members were decked out in bright red, Louisiana ACORN t-shirts (which probably made them overdressed for the Biloxi casino crowd!), so without skipping a beat when the members greeted Roseanne backstage, she quickly said, “You better have one of those t-shirt for me!”  Of course, they did!

ACORN has never been a Hollywood darling.  We had a small glimpse of the bright lights in the early 70’s when Jack Nicholson, Ryan O’Neal, and Carroll O’Conner all did radio spots for an anti-blockbusting campaign in Little Rock, Arkansas.  Out of loyalty many of us went to all of their movies for years — and some of those movies, took some loyalty!  There was the rock group, Black Oak Arkansas, as well from that period — what, you don’t remember them?  Recently our members in California have worked with Rob “Meathead” Reiner on educational coalitions for Children — and he was mobbed at the Los Angeles Convention last year and Michael Moore showed up to support our Florida minimum wage campaign in 2004.  But, the truth is that we are not a natural on the glamour path.  Low and moderate income families fighting like heck for changes in their neighborhoods, cities, states, and countries probably do not do that well in the focus groups done by Hollywood press agents about what will help their careers advance.

Roseanne seems to like ACORN members wherever she runs into them.  She was a big fan of ACORN members in Cleveland from the Ohio elections last fall.  Now she has buddies in New Orleans as well and darned if she won’t probably wear that t-shirt.  The “domestic diva” that portrayed a working class mom on TV for years seems to get ACORN, because her roots and ours seem to wind together closely.  She seems to “get it,” because from talking to ACORN leaders, for her it’s not an “act” and not simply “politics” — she seems — from the way they told me — sitting back stage and hanging out with the members — to like ACORN because she feels at home and like one of us.

We sure aren’t Hollywood, and come to think of it — neither is Roseanne, Rock on! 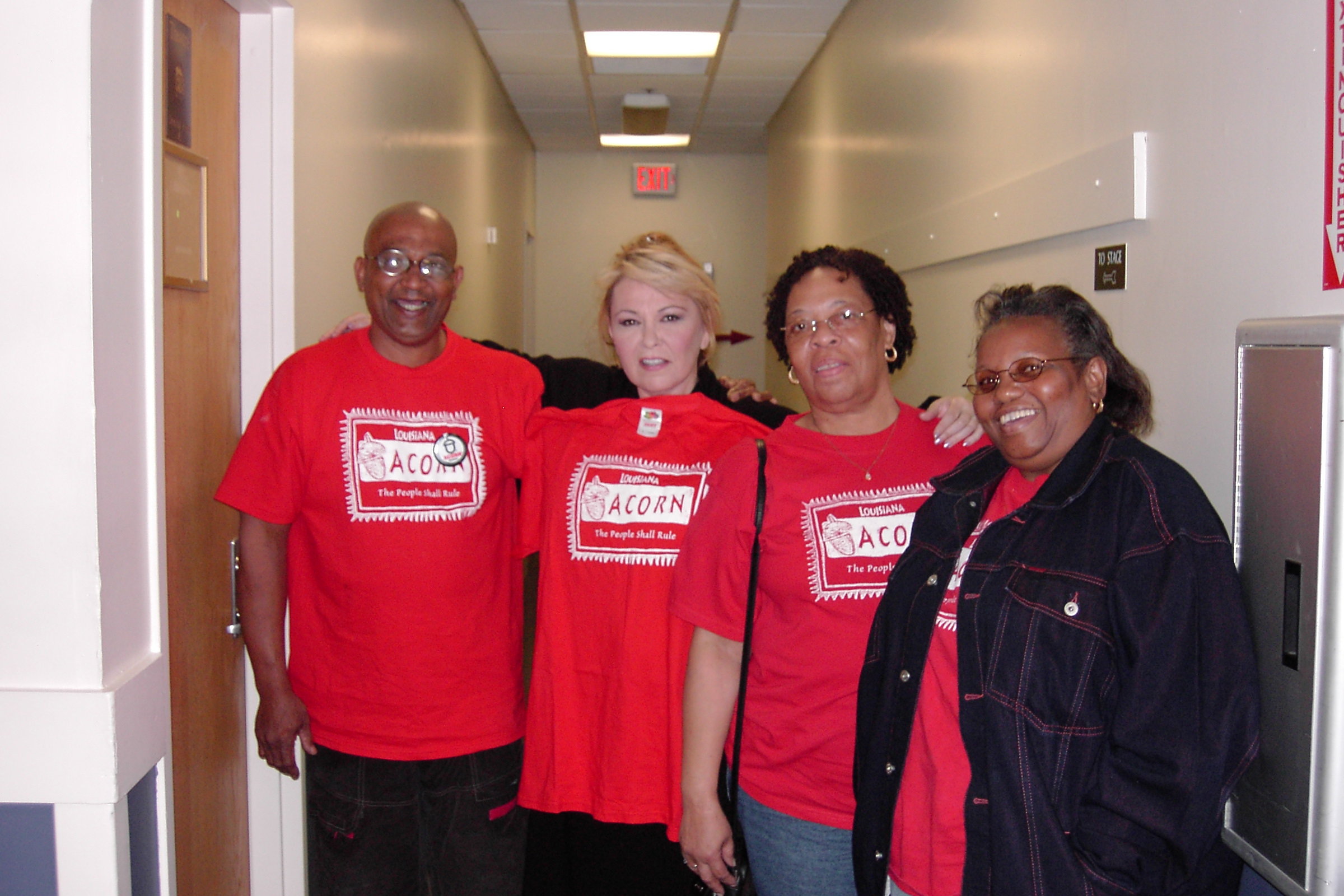 Acorn members with Roseanne Barr backstage at her show in Biloxi, MS. 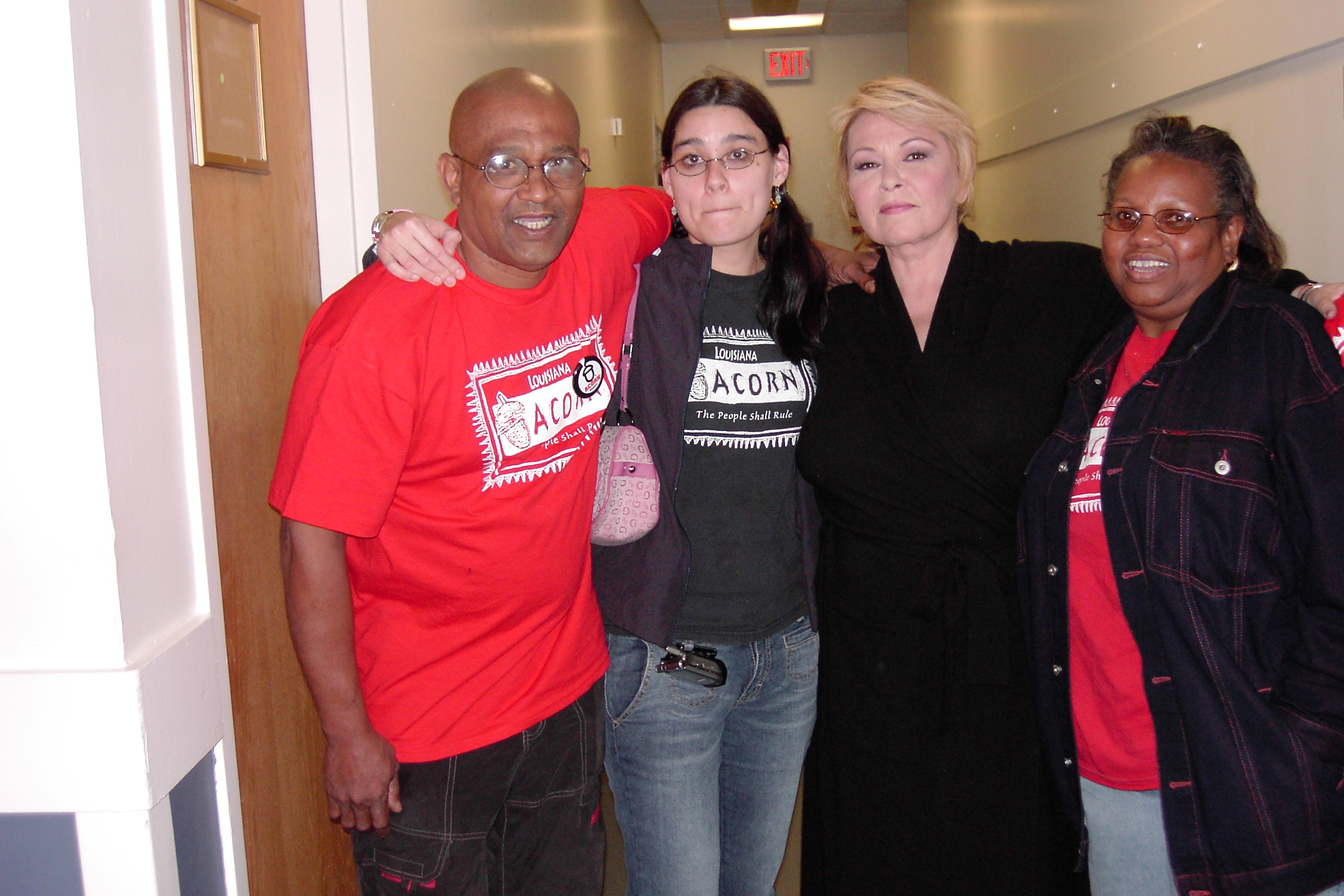