Tampa We were enmeshed in the Site Fighters Conference for two (2) days as well as the rollout of the Wal-Mart Workers Association and its campaign to win unemployment benefits for workers caught on the backside of scheduling cutbacks (more on all of this as the world turns), so I had missed reading the papers. Rick Smith, my organizing comrade in Florida, did me the great favor of picking up a New York Times this morning, so I braced myself to read it on the airplane.

I studied in carefully, reading every article on Katrina.

The op ed piece on Hattiesburg made me wonder how easy it might be to find the dog there or the car left in the run from the storm. The stories of gas and food lines in MS, made we wonder hear God laughing again. I had felt so lucky this morning during the workshops to manage to catch our ace travel agent in New Jersey, Mary Dowd Martin, on the phone and have her get me a flight on Labor Day at 5 AM to Baton Rouge and rent me a car, so I might be able to pull at least some of these loose ends together. Now I wondered how much gas it might take, and whether I would be able to make it both to Lafayette where a room might wait for me Monday night, and then make it to Houston to catch a flight on Tuesday afternoon. Crazy!

But I really spent time studying very, very, very closely the satellite map printed in the Times that showed the City of New Orleans and gradations of color indicating whether an area was “wet” or “dry.” I carefully plotted the number of blocks from the River to Burgundy Street where we lived and then the six-tenths of a mile to the railroad tracks and the old house where we once lived and the half-mile to Industrial Canal going down river from our place. Everything in New Orleans is always uptown or downtown, and we are absolutely downtown people. And, up and down is determined by whether or not you are “down” river or “up” river from the French Quarter and the Canal Street boundary line.

I may have been born in Wyoming, but I went to high school in New Orleans and lived through Hurricane Betsy in 1965 as I entered my senior year in high school, so I had a very healthy respect for nature. I tempted the gods by only trying to own a house in the city on high ground. Perhaps to a non-New Orleanian, this seems counterintuitive, but you want to be as close to the River as possible! So, I have only lived on Burgundy Street, three blocks from the River, because it is part of the alluvial flood plain and having endured centuries of the Mississippi River overrunning its banks every spring as the snows melted and the rains came, the residue of these floods has built the land up higher near the River than elsewhere. In effect one is living on the high lip of a bowl, so water would fill up the bottom of the bowl, long before overflowing the sides. Our house is eight (8′) feet above sea level in a city where some live several feet below sea level and the average of the city is below water.

There are no guarantees with nature. At the edge of the bowl on one side, our house is at the top of a diving board on the other. The River is more than 150 feet deep at the crescent turn that sweeps out three blocks and a high levee away from me. From the attic we had built for my son we looked eye to eye with ships being piloted up and down the River. If the River levee was ever to go, we would be on the front edge of the wave. But, there was always the hope against hope that even in the big one, we might someone not be flooded.

Looking closely at the map, glasses squared firmly to my face, it sure looked like the Burgundy was almost the dividing line between wet and dry with the water only starting to “blue” in the picture past the street. Even the office on Elysian Fields seemed perhaps to not be in too difficult straits. The office is 10 blocks from the River and raised another six feet, just as our house is raised three feet or so above the ground. One could almost feel the bullet whizzing past one’s nose.

I looked for my parents’ house nearer to Lake Pontchartrain. It was in an area that had been filled in by the Levee Board. There seemed to be at least a 50-50 chance that it was also dry or at least relatively dry.

Of course that does not mean there are any windows, or that the roof did not blow off, or that the 50 year old crepe myrtle did not take a dive into the house, or the Bradford pear come into the living room to roost. It really only meant that in the endless human capacity to adapt, that somehow against all reason that hope was once again beginning to grow.

It needed to do so quickly, because having finally turned on the television again, I was livid with rage at the continued abandonment of the city’s poor and unfortunate. We had somehow become the poster child for a city that does not work. The Speaker of the House, Dennis Hastert, mumbled out loud that it might in essence be stupid to spend good taxpayer money rebuilding something underwater. We were not just poor, but somehow stupid, rather than a stubborn, survivor class.

Hastert should have had the task of talking to my staff. Generous offers and common sense seemed to dictate a decision to relocate the headquarters operations to Houston where things worked and worked now, rather than Baton Rouge which seemed poised to slip into the same morass that was drowning New Orleans. There was no housing, cell phones did not work, and the Local 100 hall and offices were stretched to breaking as people fought there way into work, commuting from Lafayette 50 miles away. But, New Orleans people who could not go home and might not have a home either for many weeks and months or ever again, still stubbornly wanted to be as close as possible, so that if, just if, they had a chance they could be home as quickly as possible. Many of the men and women working for us wanted to keep their ears to the ground so that they could hear any sound coming up river that might say it was safe or that the city was opened again.

After three days I was finally able to begin the discussions but it would not be easy.

The organizing staff was different. There were no choices there. Many would have to be as close to the action as they could be.

I was calling Congressman William Jefferson from New Orleans asking him to let ACORN and Local 100 organizers in to find our people, so we could bring them out to other members. We put in requests to the Mayor of Houston to let our organizers into the Astrodome so we could identify the members. Other families had been evacuated to Dallas and San Antonio. We needed to get in to get people out!

This morning a call came in from the Dallas ACORN office that a New Orleans ACORN member family had showed up at the office looking for help. There are lists pages long in Houston, Dallas and elsewhere of members, who want to house other members. Where else than at ACORN would a member feel like they had won the lottery, because they got to be hosts to another refugee ACORN family from New Orleans.

Low income and working families know something the whole country is being forced to realize these days. They can only count on each other when push comes to shove. When the rhetoric has to yield to reality, the government clearly does not care if our members live or die. No wonder we have always had to fight so hard for every simple victory and over every obvious injustice.

Other members in other cities were doing anything they could. Twenty-five members in Baltimore met in their Congressperson?s office demanding help for New Orleans. A history professor and ex-organizer wrote me hoping that maybe this would force people to listen in the future.

The 80 people at the Site Fighters conference at the end of the meeting stood with their cell phones and called the 800 number to Congress and asked for their local representatives. The meeting ended as different voices became louder across the room, demanding that something finally be done!

Leaving down, my daughter reached me on my cell. I asked her how she was going to spend the Labor Day weekend. She said, she “would be working for her people back home.” 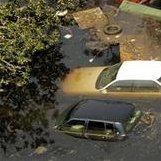