Atlanta     Baton Rouge is not easily able to accommodate its now burgeoning New Orleanian population.  The small airplane was crammed full last night, and when it was delayed for 2 hours throwing everyone’s connections to smithereens…some of the locals could not wrap their minds around the fact that the Delta ticket agent was telling them they every flight was booked full for the next three (3) solid weeks.  The plane was full of the flies that flock to disaster.  Lawyers sharing notes on bankruptcy filings, businessmen talking about which stores to reopen and when, FEMA folk, Scientologist relief workers, Red Cross, medical people, animal rescue people still wearing rubber boots, Guard soldiers heading home, and me were all crammed together trying to get out of town.
Never having been this close to a full fledged, perfect storm disaster, it all has a bizarre feel to it.
On the other hand every day seems to bring a surprise, and sometimes one is taken aback by how people step up, particularly for the ACORN Hurricane Recovery and Rebuilding Fund.
A park cultural worker, Diane Moran, who shared bananas for breakfast with us in a union, owned hotel in Havana last year while working for her union, the Canadian Union of Public Employees (CUPE) there, had made t-shirts and was selling them on the streets of Vancouver with a goal of raising $10,000 for the ACORN Fund.
The Zeitgeist Gallery in Boston announced that proceeds for part of its sales this weekend were being donated to the ACORN Fund.
Andrea Reimer, an environmental organizer also from British Columbia, was working on a project to have people “adopt” ACORN families as part of the effort.
A fellow in Chicago named Ollie Davidson was doing a CD and a fundraiser there for the ACORN Hurricane fund.
Some youngsters called from San Diego to tell us they were organizing a fundraiser for us in that city.
MoveOn put the ACORN Hurricane Fund on their list one day and an extra $40,000 came in the next morning. They keep calling about how else they can help.
Friends reach out with plans to organize fundraisers.
Greg Galluzzo, leader of the Gamaliel faith based community organizing network with whom we have partnered on several projects, including work in San Diego, sends me an email that at his meeting, field organizers are going to discuss the ACORN Hurricane Fund.  A week later I get an email that the organizers — and there are no cheaper folks than organizers, who to a man and woman usually feel like they in fact have really already given at work — had gone into their own pockets for over $5,000 and Gamaliel had matched it, and Greg wants to know where to send the money!   Blew me away!  He had to send me yet another email asking again what the Baton Rouge address was for mailing the check.
Don Stillman, an old comrade-in-arms, calls me for the office address as well, because his daughter, Sarah, was featured in USA Today because she won a $5,000 prize for an essay at Yale on ethics and was sending the ACORN Hurricane Fund part of the money, and had asked her father to track down the address for her.
SEIU sends an email that they are wiring Local 100 some money, because they know that we are bound to be caught short.  SEIU has also sent almost 70 nurses, social workers, EMT’s, and others into the scene along with the purple trucks to supply everything from 5,000 tetanus shots to telephone service in the Bogalusa area when there was no communication.
Every day one hears of others who have spread the word on the ACORN Hurricane Fund.
ACORN, it seems works in a very large community and has gained a special place in this larger world for many people.  Yet another lesson we will learn, among so many, from the devastation wrought by Katrina. 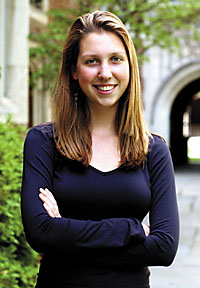