The ignorance of circumstantial travel produces opinions that feel certain even if they are not exactly logically defensible. It is in this way that I have come to believe that I could be happy living in Hong Kong and Buenos Aires. I like the cities — simple as that. I’m almost as certain that I could only afford to live in one of these.

Hong Kong seems to be the New York of Asia. I was last here coming in and out of India in 2003 for a day or so. The scale of the city is breath taking in its ambition. One giant skyscraper after another seems to leap and contort itself into the air, pushing its way into the skyline overlooking the waterway. I like the green hills. I like the container ships jostling with the sampans, junks, and ferries for position as commerce competes with transportation.

Much of the construction is related to housing and from reading the authoritative South China Daily News, a superior English daily in Hong Kong, I know that the cost is very high and the places are very small. Values had fallen and now are coming back up again. Tenants and owners are developers’ playthings, although I was delighted to read that they are starting to clawback with demands for basic amenities for the excessive prices.

The developers as always want it all their way, and they speak loudly of past grievances, particularly of subsidized worker housing from the days when Hong Kong was known not for finance and its position as a gateway to China, but for low wage, low cost manufacturing and textiles. It was really not so long ago when “made in Hong Kong” used to be on the underside of many a mass produced item where now it has been replaced with “made in…” and one substitutes China, India, Sri Lanka, and half a dozen other countries. In the days of low cost manufacturing, Hong Kong had to subsidize housing in order to have a pool of workers handy who could survive on the low wages required in this earlier race to the bottom. Now that Hong Kong was in high clover, developers wanted to find a way to wiggle out of these situations, repeal the subsidies, and remake the housing to squeeze such workers out of the city.

The problem is as basic as the classic conservative economics of supply and demand. Land is the delimiting resource here, much as it is in New Orleans for example and some other cities with geographically hemmed in boundaries. So, scare land dictated dense housing and the push upward to the clouds. It also made the cost of housing very dear for owners and tenants, unless they were part of the subsidized program.

Nonetheless, there is a certain appeal here for a government to understand that if it is to support a certain economic pattern, as it did with light manufacturing and the export market from the 1950’s forward, then in order to countenance low wages, there must be set asides to allow workers to survive like subsidized and lower cost housing. This is part of the vision that seems missing in New Orleans now for example. Business “leaders” once again want to push the city and its workforce into the low wage service sector of hospitality and conventions, yet they are silent on affordable housing, decent health care, and reliable public education. This has to be part of the governing bargain as we rebuild the city. We need to force these industries — and the city, state, and federal government that depends on them — to provide living wages for local residents, but we also need to focus on the land that is most protected and figure out a way to increase density and affordability, if we are going to bring back New Orleans residents and workers, and it has to be housing in a community setting that is recognizable within the New Orleans cultural tradition. The demand is clear, but the plan seems nowhere still. The city’s hoteliers and convention promoters are still just harping the standard, “it’s all about me!”

When I last passed through Hong Kong, I tried along with one of our organizers to be part of one of the pro-democracy marches, and we had gone looking for it only to be disappointed that it was happening on the following day when we were gone. An earlier march in 2003 had turned out more than 100,000 shaking the Chinese Government back to the mainland. The end result now was a new boss had been appointed by the Government. The new chief executive — the 2nd in post colonial Hong Kong — is Donald Tsang Yam-kuen. He is no stranger to administration here and the upturn of the economy perhaps gives him some margin that his predecessor lacked. The call for greater democracy from the US ambassador and numerous other advocates continues to be part of the political scene in Hong Kong’s booming landscape, so perhaps there is still a chance that the citizens of Hong Kong will build something new and different here yet.

Maybe when we get a Reconstruction Czar for New Orleans, since it is clear that we are part of the 3rd World in the view of the President and many others, perhaps they can demand that democracy finally come to New Orleans as well?

Heck, it seems to be our policy around the rest of the world! 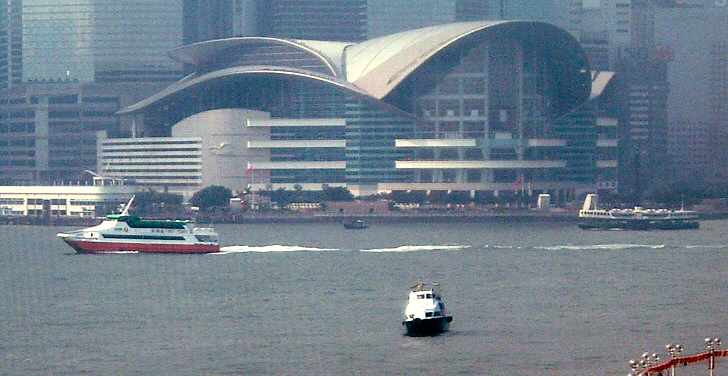