New Orleans                    Ok.  I hear you!  It’s time to admit that I have a LOT to learn about predicting the shifting sides among the great Canadian electorate.  Two months ago I opined that even though it appeared to all observers, including the ACORN superstars in our ACORN Canada national office in Vancouver, that this was simply a protest exercise to force more accountability from the long dominant Liberal Party, and that it wouldn’t really alter the fundamental balances of power, it turns out I was way wrong once the ballots were counted this week.

Paul martin – outgoing prime minister – stepped down as leader setting off what will almost certainly be a weird and bitter fight in Canada’s ‘natural governing party.’

Stephen Harper from Alberta and the leader of the Conservatives now gets to try and assemble a government now that they have won this election in convincing fashion.  Fortunately, they did not end up closer to the 155 mark or we might be witnessing the Bush-Thatcher Revolutions in the great northland!  The NDP picked up votes for sure, but doing the math, still ended up 1 short of the number that might have left them with the muscle to determine the majority.   Since the government will be cobbled together, there is also likely to be another go-round in two years to revote and see whether this is a trend or an aberration.

Neil Moncton, ACORN Canada’s director of special projects and reigning political wizard, believes that the basic program will be “devolution,” which on the States-side, we know only too well.  Pushing powers down to the provinces helps them keep bridges built to Quebec as part of their coalition, while feeding support from the western, and more conservative, provinces (states) which is part of their natural base at this point.  With the Liberals letting them operate at some level, while they go through the internecine struggle to find a new leader to replace Paul Martin, who resigned yesterday, there could be some hairy times.

This is Canada though, Neil reminds, so even when the “wingers” win, they still promise to do more on affordable housing and child care, even tax credits, than one might imagine from the State-side experience with the right onslaught.

I was only really right about one thing.  It’s still a good system that allows not only the threat of exit, but the implementation of protest, and in fact if protest turns to power, even if it is a little uncomfortable as in this situation, that’s still a welcome prospect compared to what the progressive forces face in most circumstances in many countries. 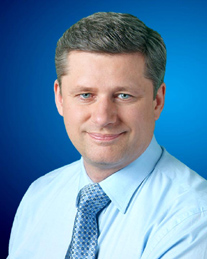