Mumbai               Reena Desai has been heading up ACORN’s efforts in Mumbai for the last three months to build a grassroots campaign around the impacts of opening up Foreign Direct Investment (FDI) in retail in India (www.indiafdiwatch.org) which would allow Wal-Mart, Shoprite, Metro, Carrefour, and other huge multi-nationals (MNC’s as they call them here) to entire the country unbridled.  I was in Mumbai for several days to work with her, assess the progress of the campaign, and meet with our allies to make plans for the future, before going to Delhi and doing the same thing there later in the week.

I’ll spare you all of the details of landing several hours late because of problems with the Paris connection that stranded my bag there and deposited me in a plane different than printed on the schedule hours after I was due and long after Reena and her uncle had left me for lost.  You have no interest in what it takes to negotiate a cab to the hotel where 8 drivers and 1 policeman were unsure of the directions in several languages or then of watching the cab slip its transition in a forest some miles from the hotel fortunately to be rescued within minutes by 3 armed police in an SUV who deposited me at the lobby of the hotel at 3 AM to some real respect.  My lack of sleep, clean clothes, or any of the western hygiene aids normally employed to confront 100 degree temperatures with close to the same humidity, as I walked out of the hotel for this round of meetings would be boring to anyone but me.

C. T. Shanghvi, who acts as Chair of the Foreign Trade Committee of the Federation of Associations of Maharashtra (FAM), and Mohan Gurnani, the able President of FAM as well as the President of the Bombay Sugar Merchants Association, along with one of their directors, Chandrakant T. Shanghvi, met us in their offices in South Mumbai in a tower in the main commercial center of the old city, just short blocks from the water on one side and the Gateway of India in the other direction.    Some might not find these gentlemen “natural allies” in every way, especially from the US perspective where small business people are often the shock troops of the opposition, but in the fight to stop the encroachment of Wal-Mart and its ilk, they are the ones that truly get it in India.  Our talk was straight to the point.  What would it take to really mobilize key groups within the 750 associations that composed FAM?  When could the posters we had produced find their way into the shopkeepers windows, counters, and shops?  Where were the combustible points near the areas of likely big box expansion?  This was the stuff of real organizing with real allies, and one could feel — against the odds — that the campaign was getting traction here.

Several hours later we addressed the board of the Apna Bazar Co-Op with its 75 stores in outlets throughout Mumbai and its almost 900 employees.  They were committed to coming on board with our campaign, and we needed their leadership along with our friends at FAM.

We are making progress here. 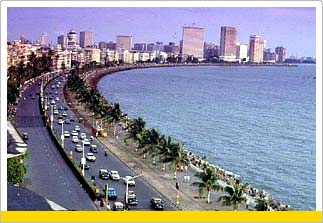 The mega-city of Mumbai, India