Washington      I met Gloria Wilson in the usual way almost 36 years ago.  I knocked on her door.  I was going down a street of small bungalow houses in Little Rock’s South End neighborhood.  Standing and looking to the east one could see and hear the expressway and the access road 100 feet away.  Looking west an equal distance was the housing project.  I was going house to house trolling for people that might be interested in building something called ACORN which would combine issues they might have on welfare with other concerns in the community for the low and moderate income families.  I believed in the idea, but it was only an idea.  It had to start somewhere and that meant finding people in the South End and elsewhere who would step up, join the organization, be a part of the organizing committees, and build the whole operation.

When I hit Gloria’s door I found a young single mother with a couple of kids running around.  I also found someone who was angry and who was ready.  She liked every word I had to say.  All I had to do was listen to her issues and keep saying yes, these where the kinds of things an organization like ACORN could handle if we could organize people to act.  I can’t remember but she may have been the very first member that I signed up on the doors.  Kids or no kids, I pulled her out of the house that minute to start hitting the doors of her neighborhood, which was always my test on whether or not someone was ready to join the organizing committee.

She worked hard on that drive and was elected the chair of the South End group.  She was part of the group of young women who were in a hurry.  They had been on welfare, and they didn’t like it!  They wanted something to be right, and they wanted something more.  They saw themselves as just passing through this system because of bad luck and bad choices and babies to feed.

In a dramatic moment in the negotiations with Governor Winthrop Rockefeller when we were trying to win furniture allowances for low income families in the first crucial make or break campaign, she had sat somewhat quietly through the early discussion with the Governor until her turn when she started talking about why something had to be done and suddenly pulled off her wig to make the point that she was losing her hair because of the stress of welfare and something had to be done.  An organizer can’t ask someone to do that, nor would it ever occur to an organizer to think of such a move.  That was all Gloria all the way and it worked along with a lot else and we won.

The older women didn’t trust these young and angry sisters, like Gloria.  I was 21 years old then and she was hardly older than me, maybe she was 23 or 24, but not much more.  And, they were right to be wary.  When push came to shove, it was Gloria and Carolyn Harris and Sue Hodge and her brother Bill, who did not blink when it came to casting the lots to build ACORN and the larger vision even if it meant being cast out of the National Welfare Rights Organization, which it did.  They didn’t mind the fight.  They were ready to yell and holler.  Without them there would have been no ACORN.

There was virtually no office in ACORN in Arkansas that Gloria did not hold over the years.  She even took a turn or two on the staff, though that never was a natural fit for her.  A few years later she married Perry Wilson, a lineman for the phone company.

Does community organizing, ACORN-style build power?  There is no other way to describe the election of Gloria Wilson to a term on the Little Rock City Board of Directors, making her the council person for the south end and larger area.  ACORN pulled her out of that little house in the South End to hit the doors and she didn’t stop until she and the organization found her sitting in Governor’s offices and around the council chambers at City Hall.

One term was all she could handle as health problems of one type or another began to plague her continually.  She came back from strokes and all sorts of problems, but finally passed away last week while I was in India after a lengthy bout of illnesses.  I’m not sure she was 60, but, I am sure that her history is my history.   Organizations are all about people and they are made of the hundreds and thousands of powerful and miraculous encounters that forge the steel of lifetime connections that never show up in obituaries and most histories, but I know that without Gloria Wilson and a lot of others there would never have been an ACORN then, now, or tomorrow.

Gloria was a pioneer.  She was a warrior.  She was my friend. She never ever said no to anything I ever asked her to do to build the organization.  She wasn’t perfect, but she always batted 1000 for me.  From the first day I met her she was pleading with pride that screamed that she was not what they thought she was, but she was somebody who meant something past the stereotypes of welfare and women and whatever.  She was right.  She was somebody very, very special.  She proved it a hundred times.  In this life she made a difference.  I know the story, and it is an honor to tell it. 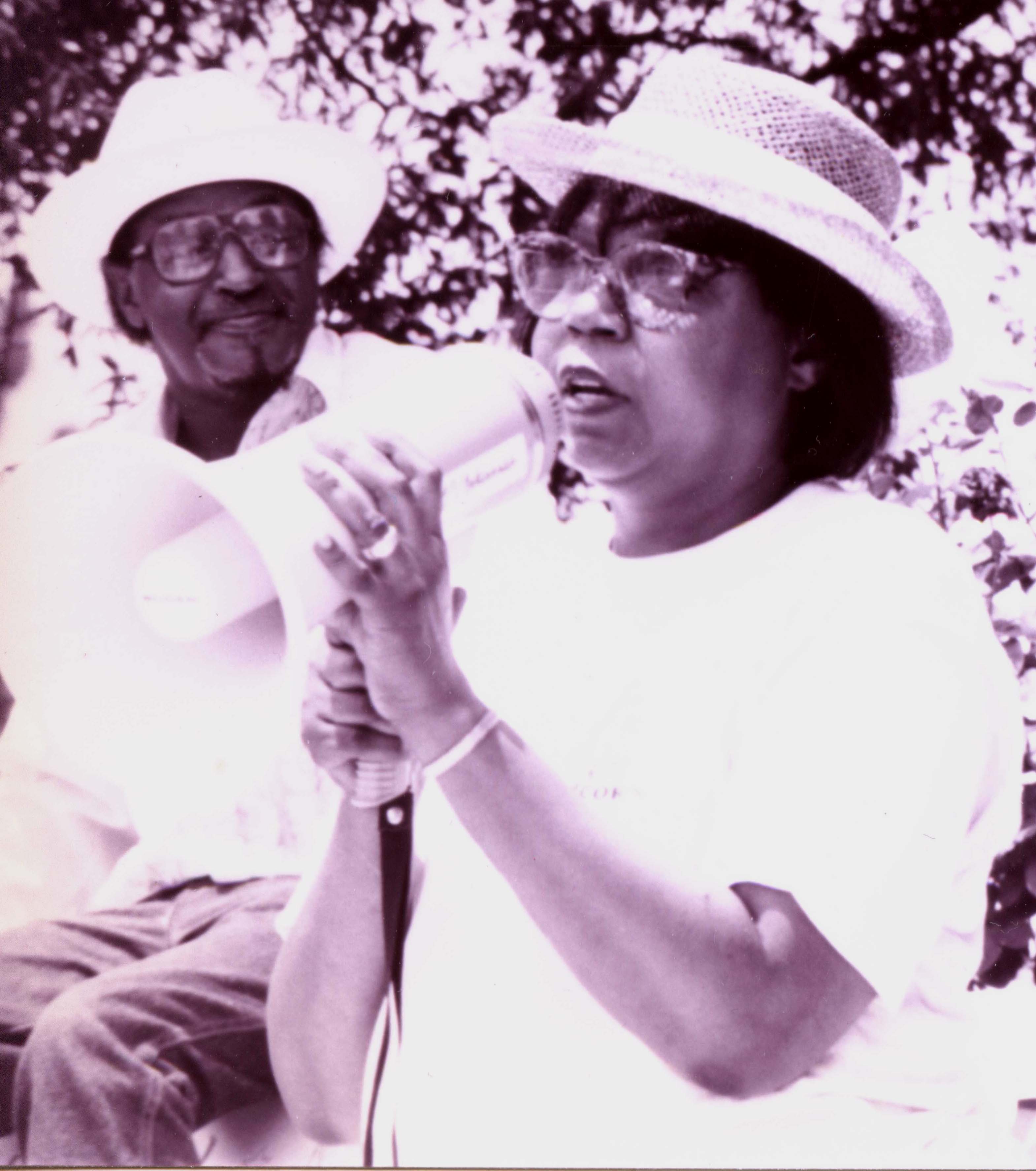