My favorite memories of this trip are going to be early mornings in Shanghai in the pre–dawn fog and smog and watching the older people at their various exercises and pursuits.  I never was able to beat them to the streets and they were everywhere, which I greatly admired!

There was a park around the corner from the place where we stayed.  The park was one small, square city block.  In addition to the sidewalk thought they had paved a small ‘track’ of sorts in asphalt to accommodate the elderly walkers (and occasional jogger).  In the middle of the park were various pieces of stationery equipment designed to assist in tai chi exercises, which were fascinating to observe.  One of the pieces consisted of several orange oval circles, and I would see various people moving their hands to follow the motion repeatedly.

In Beijing and in parks in the rural areas around the city there was an even more serious public commitment to good health.  Everywhere we went we drove by stationery bikes, elliptical trainers, and other ‘all–weather’ equipment located in each park so that local people could visit and use the equipment in a collective fashion.  What a wonderful commitment to public health at such a modest expenditure!  Why don’t we do this in the USA?

On the Bund in Shanghai there were whole troops of people practicing tai chi, but they were not alone.  Even in the dawn there were impressive kite flyers.  These were no amateurs.  They had twine or wire holders on massive 12 inch circumference circles affixed to straight rods about 18 to 24 inches in length.  The kites would fly at huge heights over the River and dance in the breeze.

Every 100 yards or so in one stretch, one went by the dancers with their boom boxes.  Some were traditionalists with umbrellas and fans.  Others were more modern.  In one section near the end of the waterfront there was a group of couples dancing as if this were simply an outdoor ballroom.

Around the corner from our hotel I ran through a small group of women who had just punched up the boom box to an American song of the 50’s and were starting to get their steps together for a little jitterbugging before they did the twist.  Recognizing the song, I couldn’t avoid a big smile as I moved through them, and all of them smiled at me with huge, self–satisfied grins as they knowingly did the steps we both knew.

It was all I could do to keep moving to the hotel, rather than stopping and dancing a couple of songs with each of them on my last morning in Shanghai. 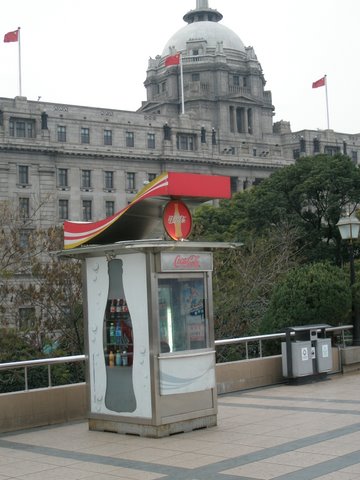 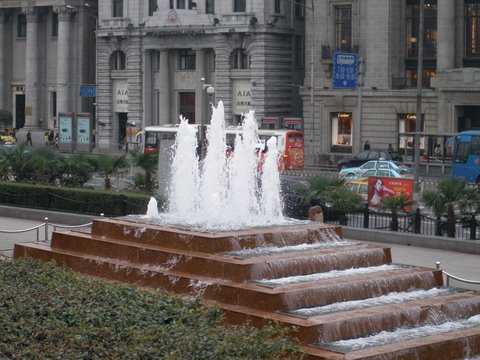