Cleveland               In Detroit we visited with Ken Paff, the long time director of TDU (Teamsters for a Democratic Union) and enjoyed lunch with him at a great Polish restaurant down the street from his office of 20 years standing on a rough block in Detroit.  Ken is another example and inspiration of hard, thankless work over a disciplined marathon of struggle with some clear highs and file cabinets full of woes in making the Teamsters a better union and the union it is today.

Walking back to his office in the beginning flurries of snow in Detroit we passed under the garish sign of a girlie bar between his office and the restaurant.  Brother Paff pointed out the sign and the fact that on the outside of the sign had been painted a black bikini.  There was a story behind this just like there was now a bikini in front of this.

It seems right before Detroit hosted the Super Bowl last year a city worker showed up with a large ladder and to the protest of the owner who kept yelling that he was defacing art, painted without so much as a howdy–do the bikini on top of the neon display for the girlie bar of what otherwise would have been a naked woman in all her glory.

Seemed that beauty is in the eye of the beholder, because the City of Detroit had decided that this was not going to be the rough handed, hard jawed face it presented to the world of Detroit, so the bikini must come on and even naked neon ladies had to suit up for the game. 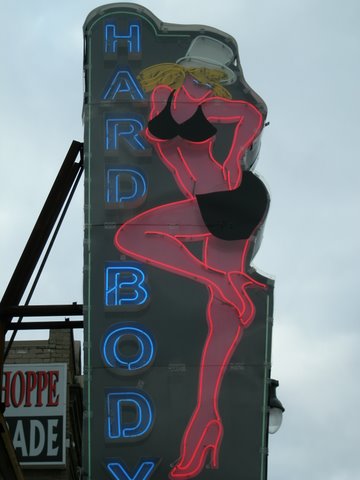 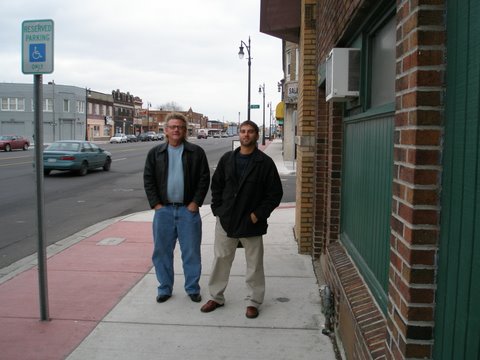