Detroit             All of the news this morning is the Detroit Auto Show here, where this city is still trying to fly the flag on a ship that increasingly seems to have set sail, while those of us still driving American made cars seem to have ‘old school’ tattooed across our foreheads.  Nothing seems more ‘old school’ to me though than seeing all of the attention being paid for the first time in 30 years or so to the price and impact of generating electricity.  Deja vu all over again!

First, our buddies at Wal-Mart tried to turn over a new page for 2007 with a PR assault that they were going to lead the way in changing the standard of the basic light bulb from the incandescent oval we all know to the fluorescent corkscrew that we have seen in cheap hotels and vacant shelves.   The cover page reads well.  The claims are that the bulbs last way longer and have a drastically low impact on the environmental production of greenhouse gases.  The sticker price in their claim though has undercut the issue.  Regular bulb shoppers scoff at the alleged financial savings from the new bulbs, and the price point difference is what seemed to make this a ‘no, duh’ when you first looked at the comparisons.

This is sad.  And, cynical!  Of course when one sees that Wal-Mart is pushing this, automatically I look at where the profit margins have to be expanding.  The framing can not continue to be that going ‘green’ always means paying more.  If these bulbs really are the way to go, there needs to be pressure and push to make them legitimately competitive on the price or it will be another situation of the rich getting a deal and doing good, while the rest of us schlep along on the ‘old school’ system of simply turning off all the lights all over the house and feeling our way from room to dark room.

Second verse seems same as the first.  New meters (that no doubt cost a pretty penny to install, though the costs were not mentioned) that allow people in certain situations in Chicago and New York to regulate their collective usage so that they can use their kilowatts when the costs are the least.  The story in the Times regaled the reader with tales of email message warnings on prices and big co–ops in New York getting free electricity on weekend mornings and occasionally saving so much that they were able to sell electricity back to the company for thousands of dollars.

Sounds great of course, and who among us would not love to regulate our electricity use at home or office so that we were using each watt and dollar the most efficiently and saving money?  But, why can’t we get these measures into the mass market and the hands of the families that are desperate for the savings and not just the well connected? 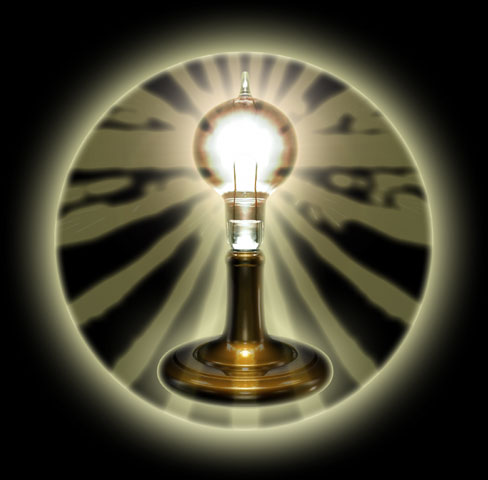