Delhi Everything changes and we are part of it, but just not enough changes fast enough and sometimes it is not the right things that are changing.

We ran around Delhi on the last day in a schizophrenic rush of contradictions. How else can I describe a morning spent in Bawana, one of the large Delhi slum resettlement areas with nearly 100,000 residents almost an hour away by car from the city center, and an afternoon meeting with the Ford Foundation and a press conference with 15 reporters on the steps being taken to move forward against amendments on FDI.

The press conference went well. We had been in a number of papers that morning after the convention. There was an interview with me in the Business Standard, which included a picture taken at the Chamber of Commerce meeting in Mumbai. The press was skeptical that we could win but excited that we were moving closer.

We had some final meetings with our staff. Plans were made for the next phases of the campaign. Plans were made to assess more closely the development of ACORN India and how to identify and train staff as organizers for such a project. We had discussions and got advice on ideas for raising money to couple with the small dues that people would be paying. This would be a new model for work in India. If it could be developed, it would be difficult.

Reena Desai had made progress in managing this campaign. We had a good team in place, and they were excited about the next steps of the campaign, especially the building of the sustainable and locally based “joint action committees.” The team was also excited about the Quit India Day we had announced at the press conference for August 9th just days before Indian Independence Day — and ironically the day that Bharti-Wal-Mart was due to open its first location in Bangalore. Vinod Shetty was moving forward on the list of things that needed to be done in order to lay the groundwork for ACORN India. This had been a productive trip. I was exhausted. I was ready to go home!

Several observations had been made to me about the underlying tensions in building some of our local coalitions between traders, hawkers, unions, and everyone else with a stake. Caste differences that dated back thousands of years were not easily eradicated by 60 years of independence. We always had to both work with what was said, and beware of what was unsaid. Race plays that role perhaps in the United States, but so does class. I was all too familiar with the studies done by scholars that indicated that it was far more likely, for example, that a newly organized group of workers with a union would succeed in getting a first contract if the union representative leading the negotiations across the table from the players and bosses was someone better educated and more likely to have come from the same middle class experience as the managers and company representatives. Caste, race, and class — you say toMAto, they say toMATo. We could not easily confront what was unsaid in any of these contexts, but as organizers we continue to find unspoken questions that can pose obstacles all over the world. All over the world includes in the first rank, countries like the US in the developed world!

It was all crazy running from one world to the next and one meeting to another.

Once I had gotten through security, I was disappointed to see that my favorite shop in the airport, where I had always bought great local gifts, books, and handicrafts, had been replaced by a faceless UK duty free store. I asked the cashier, and he said it had opened 3 days before. The airport authority had replaced the carpeted seats in the waiting area with vinyl seats that were both more colorful and more uncomfortable. Modernization, I supposed, though somehow the same, frayed carpet had survived and resisted any efforts at updating.

I was now completing my 7th trip to India in the last 4 years (since 2003). Averaging almost two visits a year, I must be a regular of sorts on this route. I wondered how many visits it would take and how much work I would have to do before feeling that I really had a grip on the country and what could move both the poor and the future? I wondered when I would be here next. What a wonderful opportunity my work has given me!

I was upgraded for the first time to business class so was waiting for yet another all new experience on the 15 1/2 hour flight from Delhi to Newark.

My head was spinning as I got ready to leave India. I could no longer say anything simple about the world around me. If you are not clear about what you think, feel, and do, you are just more dust in the wind these days. We have to provide our own anchors in the whirlwinds around us. 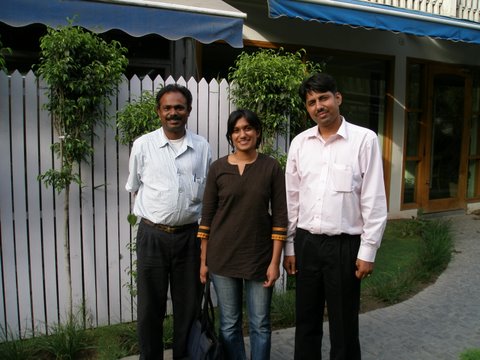 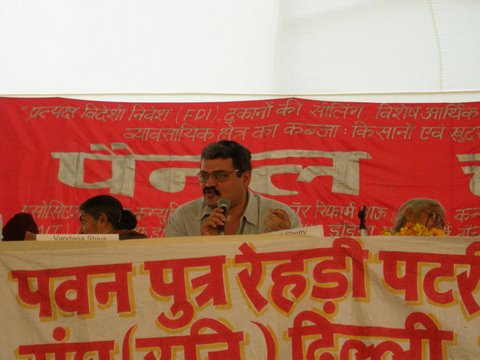 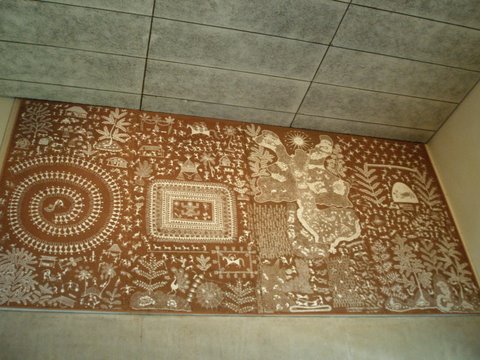 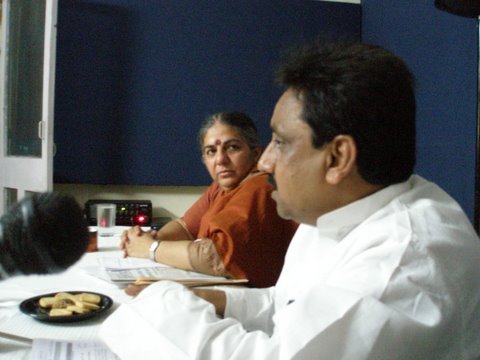