Delhi As India becomes more and more ambitious about its place in the world as a developing power, the poverty of its people has become more inescapable. Whether in Mumbai or Delhi, it seems even if the local governments are not committed to really solving the problem, they are at least committed to removing it to make the slums less obvious to businessmen and tourists.

There are 3 large resettlement areas created in the last several years by the city of Delhi as part of this development trend. Registered slum dwellers (it’s a longer topic!) were evicted from the slums, or I guess I need to say, resettled to small sections with a few rupees to make housing work. There is electricity. There is water. The city provided infrastructure, which included paved alleys and streets, and little else. Less than $100 USD in rupees was allotted to allow the residents to construct something for their families on the 200 square feet they were given. (I will also delay discussion on the active “trading,” or more frankly theft of land rights, that have occurred in some of these situations from predatory interests.)

From the moment we stepped from the car into the community of Bawana, which with nearly 100,000 people is arguably the largest of the three areas, the flies were swarming everywhere and stench was palpable. We meet with 20 or so women who were willing to tell us about issues they had with the settlement and the city. It was all bad. Water was only turned on for 2 hours a day and was hardly potable, so children and the elderly especially were always getting sick. The transportation was abysmal with a long bus ride to the metro and than a long haul to the city, but that only mattered if you could get work, and work was scarce. Malaria was a problem. Housing was a problem. The mafia controlled the shops and few brick buildings.

Asking about a recently built school, I was told that it was fine, but that after the primary years no one could afford the fees to go to the next level of public schools, and they were distant anyway. The other physical structures were all built and run by NGO’s. For 1 rupee one of the buildings was available for washing and laundry. The local Hindu temple was used as a meeting place — we in fact met in the back yard where blankets had been laid out on the grass. What NGO? No one knew. Who built the temple? No one knew.

This was a community focused on survival and daily life. Other questions fell rapidly to the background.

To many of the women ACORN seemed a good idea, frankly, because the women were willing to try almost anything! Hard decisions lay before both them and us if we are to move forward. 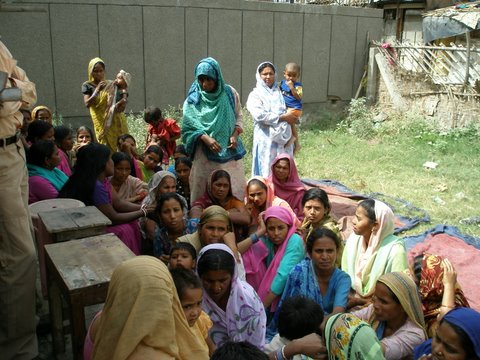 A meeting with a group of women from Bawana

Women rushing to get water while it was running
Infrastructure provided by the village
Fetid drainage
Examples of the variety of housing
A tv!
Housing on a garbage pile
A little girl washing clothes for her mother next to drain 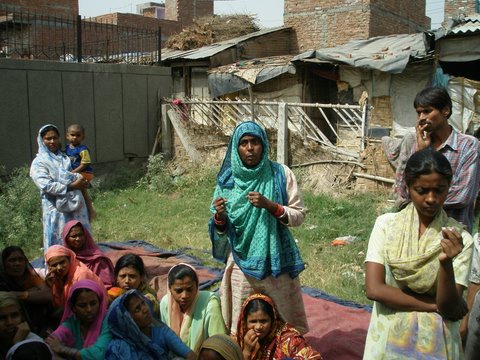 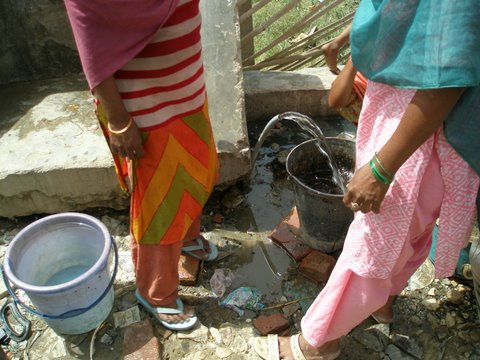 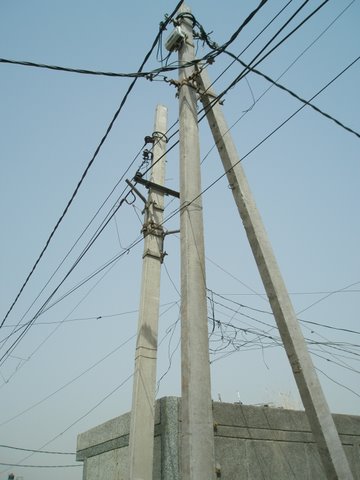 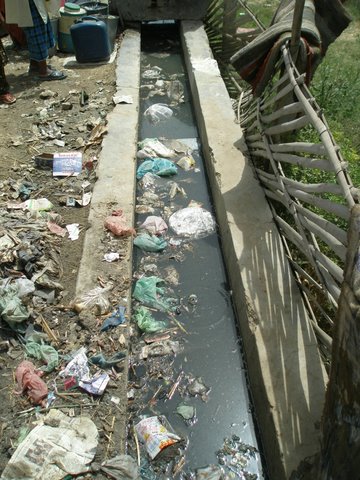 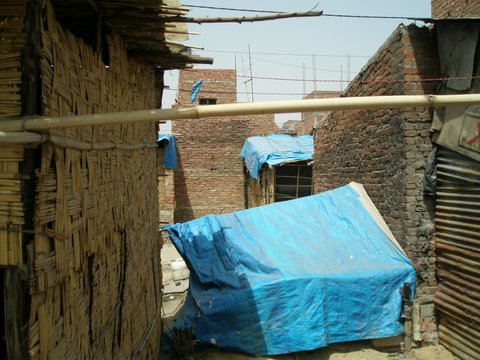 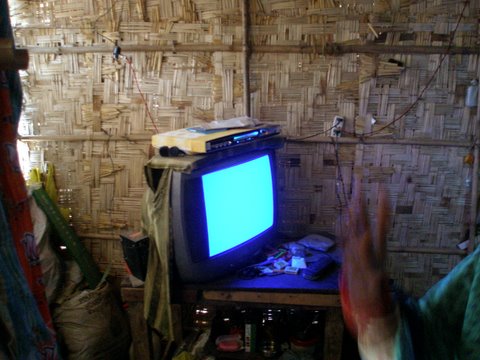 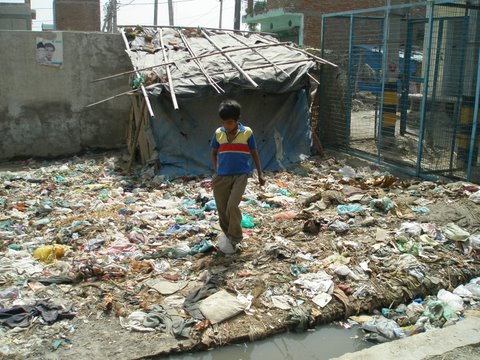 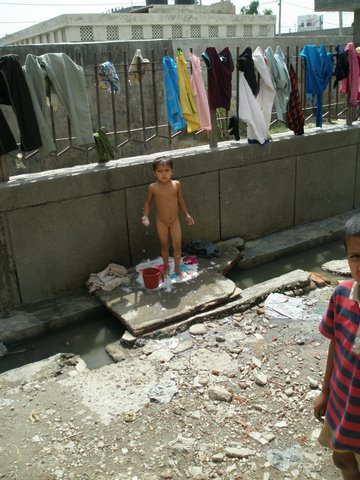