Nairobi When I was last in Kibera, I was able to convince myself that perhaps there were 300,000 people living here rather than the reported 1,000,000. Touching the elephant from a different direction, I have become more convinced that it is probably as large as advertised. There are different “villages” in Kibera: maybe 8, maybe 12 or 13. We went in through an older part of Kibera today with Peter Ndungu, a local Lutheran pastor, as our guide, so that we could see and meet people in Soweto East, one of these villages, and get a better sense of the “upgrading” project.

We walked past the garbage and the goats and down the hill, then across the railroad tracks, and farther down past an outdoors grinding shop, and then past small children who sang “how are you” in a sweet, high pitched tone over and over, and then through a dark alleyway until we came to Peter’s sister’s place not far from where he had lived. This was all mud and stick construction with corrugated roofs, but the pathway was paved leading to her door. There were electric wires over our heads. There was a standpipe at the end of the alleyway, not 10 feet from her door. When we walked in the floor was not dirt, but concrete. Talking to her, we found she had a list of issues and concerns, but at the same time she was being supported by renting out rooms and other shacks. She was a small-time landlord on public land and despite being a half-step from abject poverty herself, in this area she was solidly middle class.

Our next stop was across the trickle of a stream. Contrary to my confusion in January, the greenness of this side of the valley ravine was based on the fact that the railroad side of the creek is public land and the other side of the creek is private property, so in fact people have title here. We visited a woman who was well known to Peter and had virtually raised him. She was building a nice concrete block house. There was no electricity but there were fixtures waiting for the juice in coming weeks. There was rebar on the first floor waiting for a second story. There was a massive, blue gate. She was happy and felt blessed by God. She was gracious and friendly and offered us tea. Her husband was an evangelical Lutheran minister. She told me she collected rent from 50 shacks in the next village down from Soweto East. She didn’t hesitate to agree that she had bribed the officials when building those shacks. She asked me to lead the prayer in her home as Mark, Peter, and I rose to leave.

At the top of the ridge standing on the tracks, I took a picture of the “upgrading” project as it is called, which is a 600+ unit concrete block set of apartments rising on the “private” side of the ravine and being funded by the national government and United Nations Habitat. The upgrading scheme is wildly confusing to us because we could neither do the math nor follow the rationale. From oral and written descriptions it is supposed to allow residents of Soweto East, who are registered dwellers, to move to the new project to be completed by October of this year. Their former shacks would be bulldozed, so that this would be a slum clearance project. Though we had asked 20 questions of everyone, nothing added up? Who were the 600? Did they live together? If not, how would bulldozing help anything? What would keep other people from moving in? We had heard that the 600 were coming from a precinct with 1800 dwellings, so what about the rest? The questions rolled in faster than the clouds coming from the Rift Valley and across the savannah, yet there was no rain which followed to either clarify or cleanse.

Later Mark referred to Kibera as a “Chinese Box,” or a puzzle alluding solution in other words. Most often when we asked about housing, politics, or the possibility of change, people mainly shrugged uncertainly. 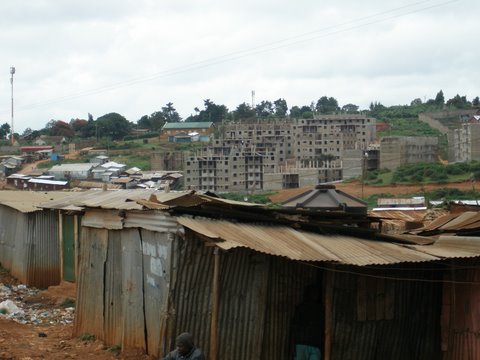 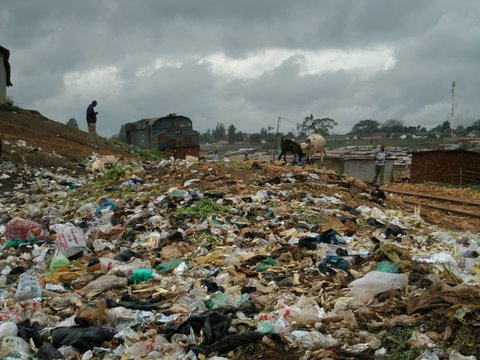 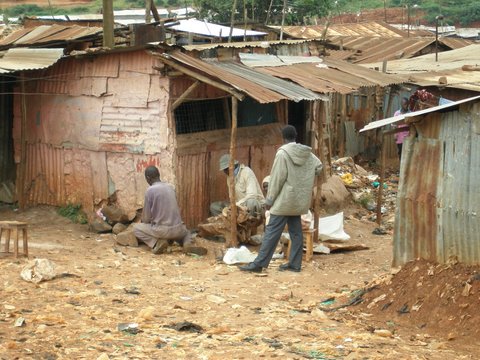 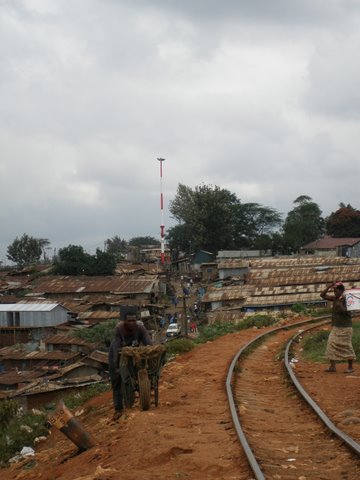 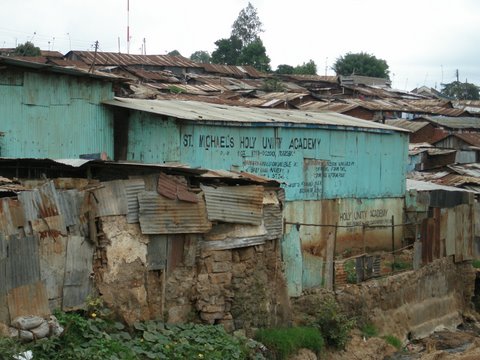