Amsterdam     As I take a plane across the pond again trying to extend our footprint and raise the money for the shoes to do so, let me share a message from Rich Hall of the Solidarity Center assigned to Jordan and the Palestine for another perspective on a part of the world hard to imagine for many.

Greetings — I hope this message finds you well and enjoying the early daze of summer. On this Memorial Day I can’t help thinking about the many American families who are experiencing first-hand the loss of a young man or woman in the Iraq war. For every American family mourning a dead soldier, there are dozens (maybe hundreds) of Iraqi families experiencing similar pain. Here in Palestine they have long experience with that kind of loss and many families (particularly in Gaza) continue to experience it. While all our societies place a high value on their sacrifice, the sadness is there are way too many people with a strong sense of righteousness running around shooting guns in the pursuit of peace. As Jim Hightower says, "the first thing you should do when you notice you’re in a hole is stop digging". But the hole we collectively find ourselves in just seems to get deeper every day.

I’m now comfortably settled in my Ramallah apartment. I’ve had a solid three weeks in Palestine (which is a nice change from the past year of running back and forth to Amman). It gives the opportunity to settle into a rhythm of daily life, as well as get more focused on the unionwork. Just to give you a sense of life here, I have a very comfortable apartment (with a nice view of the surrounding hills) in a duplex with the family that owns the house living upstairs. They have a nice garden and three dogs, two full-blooded German shepards (unusual for Arab families here to have dogs). When I need to travel, I walk up a steep hill to Jerusalem open university and catch a service taxi to Ramallah Centre. The taxi costs 40 cents and leaves when it gets five passengers. Ramallah is a bustling place mixing fairly modern commercial activity with traditional markets and small shops selling virtually every cheap Chinese plastic product known to man. And fortunately, fresh vegetables, fruits, meat (lamb and chicken), breads and spices. When I need to travel out of Ramallah, the same type of service taxis run almost everywhere. With five to seven strangers, you get to share the unnecessary adventure of Israeli soldiers presiding over checkpoints and closures.

The PGFTU, our union partner is having its Congress, like our Conventions, this week. This is an opportunity for them to make a big step forward as a democratic union. We’ve helped them hold sector union elections and congresses, develop a strategic plan and plan a large-scale demonstration to kick off the Congress. As with most things here, we’ll end up with a mixed bag of results, but its still an important step forward. We’re conducting a workshop (and running a project in the months ahead) on the issue of job creation. At whatever point there is political progress, the next challenge will be to create tens of thousands of jobs to sustain Palestinian families and help them get a taste for "normal" life. So we’re helping the PGFTU prepare itself to insure that jobs are created with strong worker rights protections.

I’m also getting started on a project to help organize auto workers in Thailand, Malaysia and the Phillipines. All of these countries have had huge investment in auto production (Thailand is called the Detroit of Asia) with American, European and Japanese car companies all having major production facilities. In April I was with some officials of the UAW meeting the Thai auto union leaders and touring facilities. I’m traveling back to Thailand and Malaysia in June and will go to the Phillipines in August. Its good to stay connected to organizing campaigns and Asia is an interesting change of pace from the Arab world.

While I was in Thailand, I took a trip with the folks from the Solidarity Center to the Burmese border where they are conducting support programs for textile workers. I thought I was innoculated to tough sweatshop conditions in the Jordan garment industry, but the horrible conditions for Burmese refugees working in Thailand are staggering. Often working for 3-4 dollars a day for 12-14 hours seven days a week ne, living in crowded, dirty dormitories with a minimal diet, sending whatever they make to their families in Burma. We met a young woman who was fired for missing work on a Sunday to help her sister deliver her child (she’s trying to pursue a case in a Thai court). It’s hard to believe that these people see themselves as the fortunate ones because they have a job, compared to their relatives in Burma.

Sorry for the severe content of this holiday message but seeing firsthand so much hardship and suffering… while in America, families throw away more everyday than most people in the world live on … and feel like they’re struggling. On well…maybe a little perspective to counter-balance the evening news or to know what goes into that garment that costs 6 bucks at Walmart is a good thing. Despite the somewhat maudlin tone of this email, my spirits and determination to contribute something remain strong.

Anyway, my best wishes for a good summer for you and the family. Send some news when you can. Regards, rick 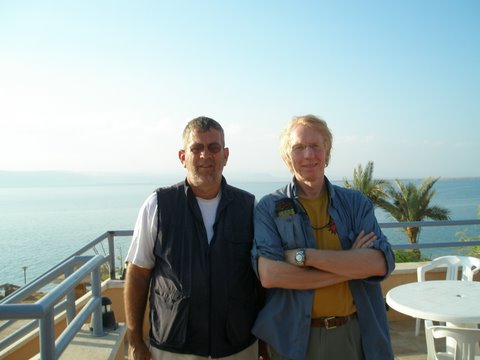 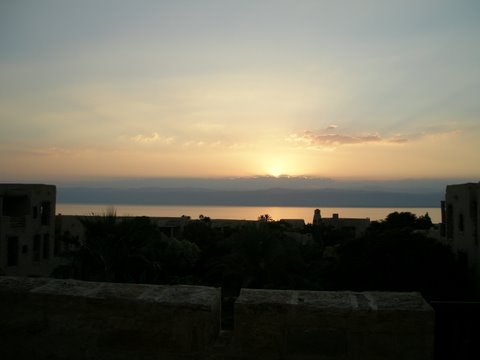