Aachen, Germany Misereor, the seminal German Catholic Bishops international charity is based here, and I am meeting with them tomorrow about the work we do in many countries where they have an interest: Asia, Africa, and Latin America. They are equivalent to the Catholic Campaign for Human Development in the United States, except with a global footprint at the cutting edge of support for social change and community based efforts. I flew from Rochester to Dulles and then over to Amsterdam, where I quickly caught a train to Eindhoven in the southern part of the Netherlands, transferred to another beat-up yellow train to Herleen, and then over to a fancy new train destined for Aachen, which unfortunately made it all of two stops when the conductor took the four of us that were left, walked us across the tracks in the rain, put us into a cab, handed the driver a voucher, and after a tour through the wet streets dropped me off in Aachen. And, how did you spend your 24 hours of the Memorial Day holiday?

Couple of notes from the road in passing though:

* Good news (if you hold your nose about more huge tax breaks) for lower income workers with the passage of a significant increase in the federal minimum wage. The numbers will rise over two years from $5.15 to $7.25, which is a nice healthy 40% increase. It may have taken 10 years, but with any luck (and lots more work!), we could get this back on track with another increase passed in 2009 with the next new Congress.

* Report on food banks in the Wall Street Journal the other day indicates that this may not be enough to help the emergency needs of low-income families. One of the unintended consequences of the bruising, Wal-Mart driven competition particularly in the areas of supply chain system, means that manufacturers and retailers have become more efficient at handling foodstuffs, and that means that the overage and spoilage in packing and handling that used to guarantee a steady stream of food to the nation’s food banks has been cut anywhere between 25% and 90%. Food banks are struggling to buy what used to be donated and curtailing what they have considerably. This spells yet more trouble on the frayed safety net.

* Report several weeks ago in the Times on the latest twist of last century’s “predators’ ball” where the hedge fund magnates pooled their resources to benefit the Robin Hood Fund. Glowing report (they used glow sticks to signify bids) that they raised almost $40,000,000 for a teacher training institute and an educational fund. They also fund EITC centers (including ACORN’s in New York). A whole lot of money was raised. It is best not to even think about the billions of dollars these folks made (earned may not be the right word?) last year in shifting value and debt on money and market plays (no small amount back to the poor if the TXU deal in Texas is a good example) and whether or not this was really an effort to dig deep to help those in need or the collective exercise of a tip of the hat from the tux and champagne crowd?

* And, then of course there is the war dead and damaged that is supposedly the point of Memorial Day (rather than picnics and speeches). The Times had a piece that named the soldiers killed in the most recent conflict actually on Memorial Day. The New Yorker quoted Henry Kissinger’s Vietnam observation, “…that the forces of order lose so long as they do not win, whereas insurgents win, so long as they do not lose….” Elsewhere in another article the historian Ronald Steel commented on the toadying of the CIA’s Tenet, that it “…exemplifies the rule that those in higher places will endure virtually any humiliation before surrendering a position of power.” A recently retired bird colonel said tellingly in a critique of the failure of the generals to either do right or speak truth to power in this war, that “a soldier will be more harshly punished for losing a rifle, than a general for losing a war.” Maureen Dowd in her column commented on this war and others and the number of dead after the tragic fact of loss and withdrawal has already been accepted (as is this situation now) when the body count is essentially a measure of political cowardice and expediency, rather than stewardship of lives in harm’s way.

Courage in the face of personal peril should not just be a battlefield commission, but a responsibility for all of us, whether to end inequity, stop hunger, or bring peace especially when war is proven inadequate to the task. 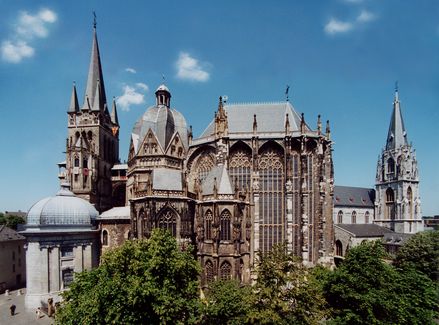