Brussels     In an almost visceral way I now finally know what the lyrics of the old songs mean about taking a “night train” to either run towards or away from something. The last two nights I rode the rails from Amsterdam via Brussels (and its new station!) to Berlin (and its giant station which was essentially a 5-story shopping mall with railroad tracks!) and then back again the same way, which is where I’m writing this now on the last leg to Amsterdam Central. Sleeper cars on night trains are fascinating experiences, neither enjoyable, nor repellant, but efficiently exotic in an unusual way.

They are “comforter” people over here in the EU, rather than being sheets and blankets people. That takes some getting used to whether in bunks or beds. The bunks are long enough in their own way and everything is right at the margins of being fine, but you are lying down in essentially a tin-can of sorts. My first night in a combination of coffee and excitement, I didn’t sleep well. Last night my roommate got on at Hanover, Germany, and having been out since Berlin, I hardly blinked. I didn’t wake up until an alarm sounding thing from my erstwhile neighbor convinced me that the earlier alarm sound had not been my mistake in hitting a strange button but the steward’s wake-up call for me at 5:15.

To my delight our particular car had a water closet (WC is posted everywhere over here!) with a shower. A good “money shirt,” as we say is really not enough to hide the fact in endless meetings that you have been a hobo on the rails and are putting on (and off!) airs. Working the shower meant a scalding the first morning since I was clueless on temperature regulation and a settlement for tepid shower on the 2nd morning to avoid the earlier scalding. Either way it was a much welcomed pleasure. I was no rock n’ roll backpacker, but a solid citizen burgher on my way to the big cities of Europe!

Berlin was an interesting city it seemed. My first meeting was in an art deco style building in the “sidewalks” area where several buildings were connected by a walkway with outdoor cafes and other stores. My second meeting was in the old East Berlin area which was nondescript but solid multi-storey apartment buildings that seemed modern and attractive. There was none of the soviet era concrete block style readily apparent where I was. My third meeting in Berlin was right across the river in grand, new building which on approach looked like a wood, glass, and brick shopping mall with a huge atrium at the entry. This turned out to be the new building for the 2.3 million member German union, Ver.di. Quite amazing! Almost as amazing to be sitting in the lobby waiting for my appointment and to do a double take as Bill Regan from SEIU and a delegation walked into the lobby with me. Small world! My last meeting in Berlin before the night train was with an American, Leo Penta, a former IAF community organizer and professor in Berlin, who had been working there since the wall came down. Fascinating to hear how things worked from the ground level.

More of the same waits for me today in Amsterdam as I bounce from pillar to post and search for solid ground.

In a sleeper bunk you begin by convincing yourself that you are on a ship at sea and the swaying on the tracks is simply the rolling of the waves. A car being uncoupled or a sudden stop though feels like the wreck of the Andrea Doria. You are physically pushed into the safety harness (I was an upper bunk guy). This can wake you up, as you try to remember whether you fell asleep driving your car or what?

On the other hand, the difficulties of airports make trains look stark but efficient. There may be few amenities and some rudeness, but there are no security lines, and the seats are positively spacious in comparison.

One more side note on East Berlin elevators…. In my meeting in a building where the former city newspaper of East Berlin had been located, there was a standard box elevator without a door. You used it by jumping in as it moved through your floor and jumping off as you got near the floor where you were going! The same principle that you see for attendants in multi-storey parking garages, if you have ever watched them grab the lift up. The elevator was in constant motion; it just required you to be quick of wit and firm of foot. I asked about the elevator, and the guy I was meeting explained that almost all of the old elevators in East Berlin were built on this design. After unification they were banned as safety hazards and not allowed in any new construction, but some lingered on. 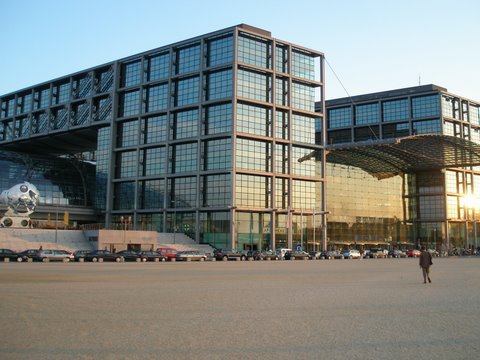 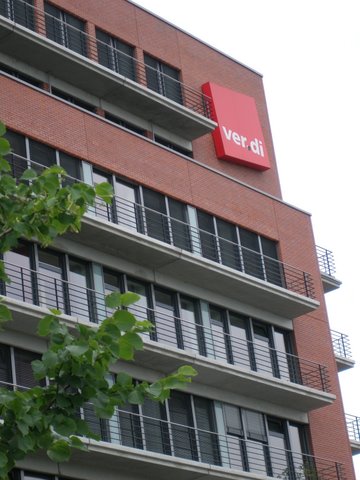 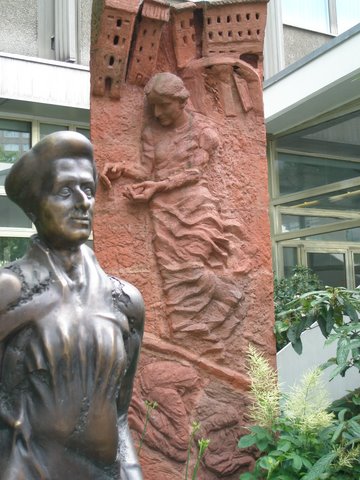