Amsterdam     Back and forth across Amsterdam from the central train station to a cab, drop the baggage in total confusion in the western part of the city, and then beat it over to a bus to the end of its line, stopping at Sloterdijk, a giant train station, feeling like I was hitting all points of the compass in this city to meet with retail organizers with FNV, the large Dutch union, I finally ended up catching a ride somehow to the southeast to the giant corporate headquarters of ABM-ABRO. The headquarters building is giant, spacious and modern right down to No Smoking signs, which cause people to stop and try to see what they say in such a large way or the Andy Warhol picture of Queen Beatrice, which speaks to a time of the bank’s ascendancy in the world, rather than its current predicament as merger bait for what might be the largest corporate consolidation ever at nearly $100 billion dollars. I was at the point in my week after one redeye, two sleeper trains, and meetings in four cities in two different countries and time in a third country and travel on everything but a boat, that I was fried. This meeting had already been postponed from earlier in the week. The bank might not even exist in a real form in a year, and if the wind had blown in a different direction, I would have been out the door.

Proving that one should stick with the plan and hit every door on the block, because you just never know what might be behind the last one, I walked into this meeting. I was meeting with Kahlid Sheikh, whose card says that he directs “group public affairs,” but who describes himself as running the MANGO unit (Multilateral Agencies and NGO Affairs). He was a good-humored, frank sort (I hate to make snap cultural judgments, but the Dutch I met were uniformly direct and to the point and totally refreshing and enjoyable because of it!). His father had been a trader from northern India near Kashmir, and they had ended up in Dutch Surinam, when he had then gone to Canada, and back and forth around the world to end up again in the Netherlands speaking English, Urdu, and Dutch. Within minutes of our beginning, he pulled in one of his staff who works for the ABM-AMRO foundation, Monique Oostweegel, to join in the conversation about community development.

The three of us had a great conversation, which began with my asking them directly why ACORN in India and the FDI India Watch Campaign should not oppose the relaxation of FDI (foreign direct investment) for India’s banking in 2009. ABM-AMRO has many interests in the country and great ambitions, which they believed would be unaffected by whether or not they were purchased by either Barclays or the Royal Bank of Scotland. They made some interesting arguments and fortunately the conversation turned to community development in Mumbai in the Mills area and Dharavi. They neither defended micro-finance schemes as really dealing with poverty in urban areas, nor did they argue that existing private development schemes would work. In fact Kahlid challenged us directly to come up with a real plan that would really work to develop Dharavi so that we could do it together and actually make a difference. Whoa! Was he serious? Could be! The day had suddenly gotten much better.

We were then on to talking about Indonesia, Argentina, Brazil, and Mexico, and the bank’s footprint there and where and how we could work together. Who knows what might develop. Maybe lots and maybe nothing, since the devil does live in the details, but it was definitely a great meeting.

Meanwhile they cracked wise. I asked if they were already spending the big money they would make from the merger. They scoffed at that. I asked outside of Khalid’s office about the open plan, where the staff was all working on the same counters with different computers like a mini-trading room, whether or not they were trading in NGO futures. They shrugged and said a lot of the staff hated the arrangement. Trying to get in and out of the building none of the swipe cards worked, which made everyone complain, and the security (in Dutch translated for me) was clear and loud that the bank had installed this non-functional system, not them! Leaving we walked out on a floor that looked over the actual trading floor several stories below — an amazing sight — immense, busy, modern and very white — desks and computers all white!

We will have to make hay while the sun shines here. Under any terms the bank will still operate in the Netherlands and its relationships with multi-lateral agencies, a term speaking to government development office partnerships, could lead us all into some interesting partnerships in important directions. 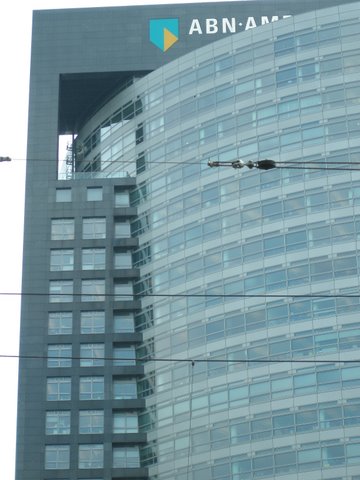 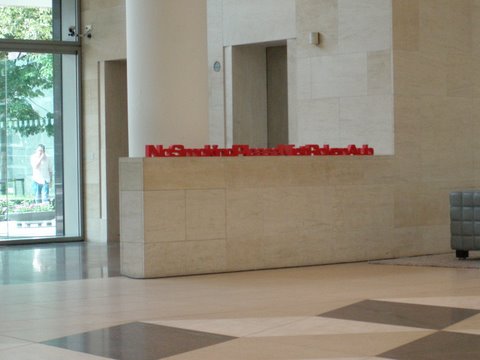 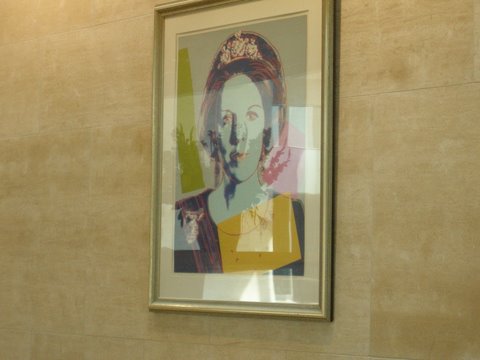 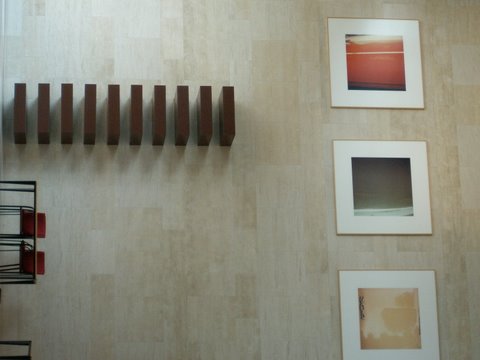