Buenos Aires There are some unique features of individual communities as they adapt to their individual environments. I find these things fascinating when I travel, and sometimes wonder why they have not caught on in the wider world. The problem reminds me of evolutionary progress in isolated spaces that takes time to spread from the islands to the mainland. There are several such things that I have found in Buenos Aires deep down in the Southern Cone that I think are worth sharing, and one is persianas.

To think that persianas are just blinds or window shades would be a mistake. They are really so much more! First, most of them are wooden, so we are talking sturdy now. In fact I would think they are best described as “retractable shutters.” In New Orleans they remind me of special hurricane shutters that some houses have on glass windowed rooms near their patios to keep from having to board everything up every time there is a bit of wind and rain with a name attached.

They fit in a box inside the window openings, and are pulled open and shut by a stiff canvass strap that is also hidden behind a small door along the window. One opens the little door and then pulls the strap towards him to lower or away from him to raise to the right height. In our office the persiana serves more as security and sunshade than anything else though on a cold day on the 10th floor of our building perhaps they serve as a windbreaker as well.

In the neighborhoods they are a nice amenity given a distinctive charm to the constant rows of apartment buildings. My favorites are the shellacked or varnished natural wooden persianas I pass on the street. Others are less distinctive perhaps, but still as uniquely practical.

Now the name is another story, and unfortunately I don’t know it. I would like to think that the first Argentines that brought them over and fabricated them had lived in Persia (now Iran) and found them there, liked the way they blocked the sun and cooled the spaces in the heat. But, on the other hand it may just be marketing, so one hesitates to make many claims.

They are great though and a step above blinds and shutters. Why don’t we have them? 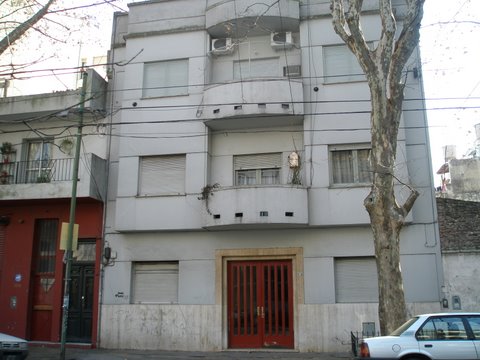 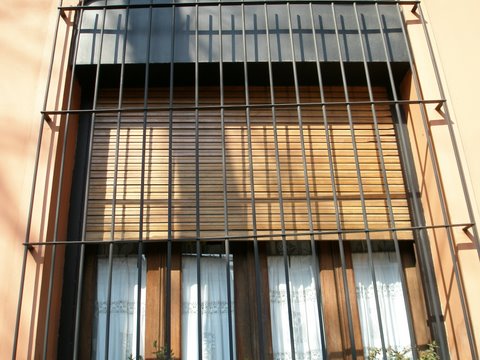 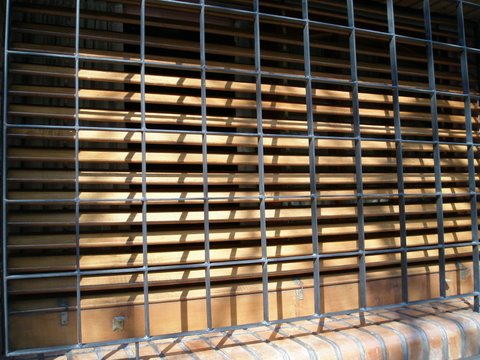