New Orleans        Still going back and forth between my new “worthless” computer and my old “damaged” computer and trying to synchronize all of the files and information as the ever faithful ACORN tech department pulls the pieces together. None to happy about it, but in doing so it reminds me of tidbits from the last trip that apropos of nothing, I might just share to break the boredom….

*    Ecuador “dollarized” the currency system in the 90’s, so they use the United States dollar.  Frequently though if you put a five into someone’s hands the change though comes back not so much in dollar bills but in Sacagawea “silver” dollars, as we children of the western Untied States used to call them.  The Sacagawea coins were originally minted in 2000 and were never a big hit in the United States, which has been true of most of the silver dollars.  They also aren’t so much silver as copper by and large, but they had their day, as we all say.  Growing up in the West as a boy, I remember them everywhere, and for me, and it turns out the Ecuadorians, these coins still have quite an attraction and are definitely the coin of the realm.  I suspect that they are more popular in Quito because they wear well in the constant handling and probably are harder to counterfeit than bills.  Truth is that I have no idea how so many of them got down there, but they were everywhere, and I was delighted to come back with a pocket full of them.

*    Changing planes from Quito to Houston means going through Lima.  In the five years of so that I’ve been flying through that airport there has been a vast makeover, particularly on the international side of the operation.  Used to be a closet sized customs area and a pretty beat up and dingy situation to while the hours away waiting to fly back to the states usually near midnight.  I remember fondly one coffee and internet place that seemed the one concession to modernity.  It’s a whole different affair now in these airports.  There was free wireless in Quito and there was wireless, though somehow not free in Lima, but regardless the whole Lima airport has finally been rebuilt, and it makes a huge difference.

*    In Lima Continental upgraded me to first class as a frequent flyer (love that airline!) and all of the discussion, aisle to aisle, in the business community focused on where people where and what they were doing when the earthquake hit.  Lima is a huge city and working there we have come to appreciate it mightily, but frankly few see it as a “tourist destination,” so it is never shown a lot of deep love.  The folks around me had made their separate peace with the city for business reasons, but the bloom was off the rose after the earthquake.  The man sitting next to me lived in Appleton, Wisconsin.  He had been part of a project with a team of 80 doing a back shop tech upgrade for a bank in Lima as part of a big contract for a Jacksonville firm for the last 18 months.  He and many of the rest of his team lived in some of the upscale towers with views of the Pacific Ocean in Miraflores, one of the nicest areas around Lima.  He talked of the building swaying 3-4 feet back and forth during the earthquake while he was on the 16th floor.  Even in this newer area, the damage was simply tarped over where parts of bottom floors in other towers had collapsed.  They were more than 80 miles from the epicenter, but the confidence in even the most modern Lima construction standards had clearly left the business community quaking in the wake of this disaster.

These notes almost seem like more reminders of globalization, but perhaps not of what we are learning as much as refusing to learn perhaps except when forced. 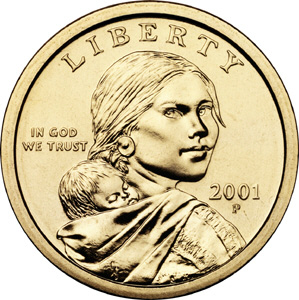