Denver Seeing President Clinton as he walked up to speak last spring at the Anniversary banquet at Citigroup for New York ACORN, he told me that he had given ACORN in his inimitable words, ” a big wet kiss” in the book he was currently finishing. Now that Bill Clinton’s Giving: How Each of Us Can Change the World has been published and is pushing the tops of the best seller list, I figured I had better invest in a copy and see if I could feel the love….

Sure enough, ACORN finds its way into the former President’s recommendations and applause in three different instances.

First in talking about New Orleans after Katrina, he says, “About the same time, in the Lower Ninth Ward, which was virtually wiped out by Katrina, volunteers turned the first new homes over to residents. Built of pine, elevated five feet, and designed to resist hurricane winds, the houses cost only $125,000 each. The project was organized by ACORN (Association of Community Organizations for Reform Now), which also provided the financing with support from a California bank. ACORN works to empower low-and-moderate income people through the grassroots activism of more than 200,000 members in one hundred communities all over America. The owners expect to repay the mortgage and previous loans from funds from Louisiana’s Road Home project when they are released. The houses were designed with help from the Louisiana State University School of Architecture. The volunteers included university students, local church members, young people from Covenant House, and novelist Richard Ford, who recently moved back to the city and spoke at the ceremony celebrating the construction and handover. He called the occasion “a valiant and hopeful house raising,” an allusion to the barn raisings of early America, where neighbors pitched in to help one another erect buildings on newly settled land. All the citizens who responded to Katrina’s devastation, including many who are still working to bring back New Orleans and other communities, are part of that great tradition.” Pps. 51-52.

A second Katrina reference comes on page 79, “After Katrina hit the Gulf Coast, Operation HOPE joined my foundation and ACORN, an NGO of grassroots activists committed to empowering poor people, to assist eligible survivors to claim the earned income tax credit. Together HOPE and ACORN helped people secure more than $10 million to which they were entitled but for which they had to apply.”

And, once again when at the end of the book he begins making recommendations about how citizens can give and get active, he says, “If you’re interested in policy changes that would strengthen the middle class and help poor people work their way into it, you can contact the Center for American Progress, which is working on ways to lift the debt burdens on the middle class; the Center for Responsible Lending; ACORN, which organizes low-income people for economic and political empowerment; and several progressive religious groups….”

Mr. President, we’re blushing, and it will be a while before we’re willing to wash that kiss off our organizational cheek! 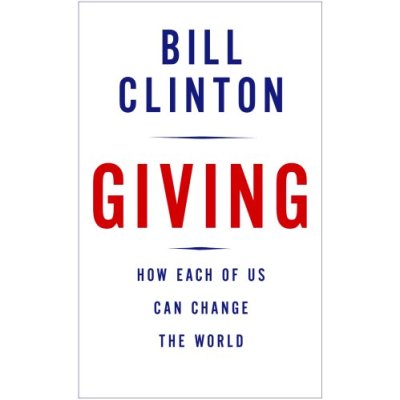