New Orleans        For almost thirty years the old Hotel Employees and Restaurant Employees (HERE), now merged with UNITE, has seen Yale as ground zero for achieving change in America.  There is certainly a case given the elites, particularly in politics (the Bush regime!), that muster through there, though it may be more obsessive to those having emerged from the experience than it is objectively connected to reality.  The fact that the leadership of the union matriculated there, especially John Wilhelm, president of the hotel division of UNITE HERE, and Karl Lechow, his long time organizing right hand aide, and had their early successes organizing blue and white collar workers there over the decades, no doubt is at the heart of their analysis as well.

Lechnow’s signature strategy has always been careful selection of a very few good sized targets and then an infinite patience with investment of time and resources until the inevitability of victory.  He has been a master of the long march and has many successes to show for his approach, though its scale and breadth warrant some thought.  Following such a plan almost a decade ago, HERE partnered with SEIU 1199/New England to organize the giant Yale University Hospital with a commitment to avoid an NLRB election, to use their existing strength in the clerical, service, and maintenance units, and leverage their research tools and political clout in the area to stop or delay any new Yale developments.  For a long time, there seemed to be little happening.  Several years ago HERE pushed to organize graduate assistants and ended up being thwarted, perhaps because of the decades rancor in the relationships between Yale and the union that allowed opposition to develop and made an election a chancy affair.  Finally, though on the hospital unit there was a neutrality agreement reached whereby Yale would allow a non-NLRB election and promised not to interfere.  Disappointedly, and somewhat surprisingly, the union withdrew from the election.  The allegation was that Yale had broken the neutrality agreement.  Inevitably, the reality was that such a breach had eroded the union’s support in the hospital making an election a likely loss.

The agreement allowed any disputes to be resolved by an arbitrator and in recent weeks the decision was reported.  The award was huge:  Yale was to pay SEIU more than $4,000,000 to reimburse them for legal and campaign costs!   Typically, Yale indicated that it would appeal.  Unfortunately, the union failed to win a bargaining order that it had sought as ultimate relief for the breach.

Employer reaction was immediate and intense.  Many speculated that the arbitration award could be another reason for employers to avoid signing non-NLRB recognition agreements with unions, since there has never been a day that the NLRB would have awarded financial relief to a union for its unsuccessful organizing costs in the wake of illegal activity found by the employer!

Maybe, but most employers do not really need such incentives.  They would rather stay with the NLRB which for the last number of years has been a captive of employer practice and preference and the refuge of lasting resort.

For Yale this is still a deal.  They achieved their aim:  eroding the union’s support at the hospital.  They will probably eventually have to pay the union some money, but a couple million for Yale is chump change as these things go, and certainly less than a union contract would have costs.

There is no good lesson for the union in any of this really.  It is wonderful to win the arbitration, but the tag line on this story continues to be that employers, even the self-satisfied and “enlightened” Yale, can still throw roadblocks in the way of even the most determined union organizing drives in the uneven terrain of our work. 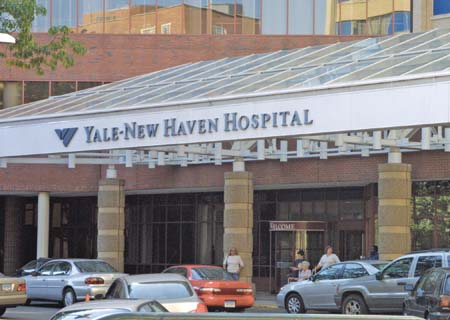