New Orleans        A couple of notes worth mentioning in follow-up to blogs of the past especially about the world and wildness in non-profit land:

*    GiveWell.org         We have discussed the boosterism of Stephanie Strom of the Times  was this small operation and its young former hedge fund researchers who were promoting themselves as being able to advise donors on the basis of “just the facts, ma’am” approach to philanthropy drawn from non-profit filings.  I doubt that she is embarrassed, but the rest of us are, since she has had to report that both of the staff people (and co-founders) have now been fined and censured by their board and demoted in some strange way because they were caught in the act of whole cloth, sock puppet boosterism themselves, having written comments and then recommended themselves as the answer both in their own names and in the name of one of the founder’s girlfriends (former?).  Sometimes not only does all of this look too pat and too good to be true, but it is.

*    Red Cross    This is a Congressionally franchised corporation that continues to have the exclusive non-profit rights to disasters despite its own unremitting internal storms including most recently the resignation of a new boss after less than a year for getting a little too involved with Gulf Coast recovery taken to a too personal and intimate place with his Mississippi subordinate and now an announcement that they are $200,000,000 short and are going to have to lay-off a slew of folks, including a bunch of fundraisers.  The Red Cross situation continues to be appalling to those of us with ACORN, who in the wake of Katrina have seen our members attempt to engage scores of cities on the lessons of the hurricane, since the Red Cross also continues to dominate and direct the non-profit “tables” at the local level that prepare for any possible future response, and unfortunately continue to be totally old school in refusing to learn from Katrina to our dismay.  No leadership and less money would seem to encourage accountability, but it is still hard to see at the local level.  This is another crises waiting to happen.

*    Habitat for Humanity        Habitat is still getting way more press than it wants I’m sure on its efforts to bring all of its affiliates into alignment on resource sharing, program, and principle, particularly in San Antonio of all places and not surprisingly abetted by its former director and founder.  This all seems too bad, because it looks like big Habitat is doing the right thing after years of probably looking the other way and making classic legacy deals and is now paying the price of clean-up in the press.  Bad press means weaker contributions so this becomes the non-profit blackmail of choice.  Ugh!

*    Yale    Announced that it would follow Harvard and some of the other deep pockets in capping out the costs for the upper middle-class. 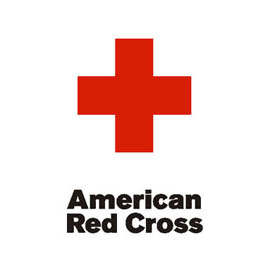