Tara, Raigad District, State of Maharashtra     We ended up somewhere 60 or 70 kilometers south of Mumbai having made relatively good time in the lighter Sunday morning traffic. One of the members of the Yusuf Meherally Centre met us not far from Tara in order to make sure we found the compound and its 13 acres.

The Centre was named after the first Mayor of Bombay, a socialist dedicated to the freedom struggle who created the “Quit India” slogan in the push to move the British out of the country. The head of the center moved slower at 84, but was a “freedom fighter” from that period as well who had founded the Centre in 1966.

We knew the Centre because they were one of the many organizations that had faithfully been part of ACORN’s India FDI Watch Campaign. We toured all of the grounds. Fifty or so people were employed there. The Centre made everything on the grounds and sold them both a booth at the front gate as well as through other smaller distribution grounds or co-operatives. They made bread, various soaps, a number of different oils of almond and other seeds, pottery for tourist market, and so forth.

We listened briefly to a presentation at the school from a Mumbai corporation that was gifting a water-filtration system to the centre and explaining to the blue uniformed middle form girls and boys how it would work and why it would make a difference. Afterwards we talked to the director in a small circle, speaking up so that his hearing aid could keep up with the quickness of his questions and argument. He wanted to know if we really felt we could stop FDI from infecting retail. He worried that without a broader analysis it was simply a matter of time. His analysis was still Gandhian. What he believed was needed was “decentralized industrialization,” one of the roots of the Gandhian movement that tried to promote self-sustainability at the village level throughout the country. The pictures of Gandhi weaving his own cotton for his own clothing in his ashram are indelibly etched for anyone who has seen the newsreels.

After lunch I talked to Ashok Mehta, one of the board members, and listened as he bemoaned the fact that the products were not really breaking even. They had hoped that they would end up subsidizing some of the other things that they wanted at the Centre, like more meetings like the one going on under the shed with a large, consumer group from Mumbai. He talked wistfully. If the products every made money, they could locate other centers every 200 kilometers or so. It just didn’t seem like it was going to work out. They were subsidized by donations from people who respected the tradition and the old days.

Which is partly why they worked with the India FDI Watch Campaign, since they understood the expansion of the Reliances, Bharti’s, and Wal-Marts is another step away from the revolution and closer to the grave. 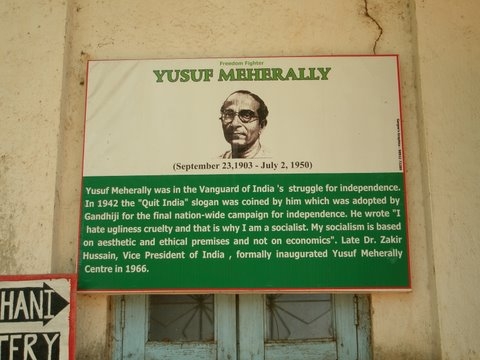 production equipment and workers at the Meherally Centre 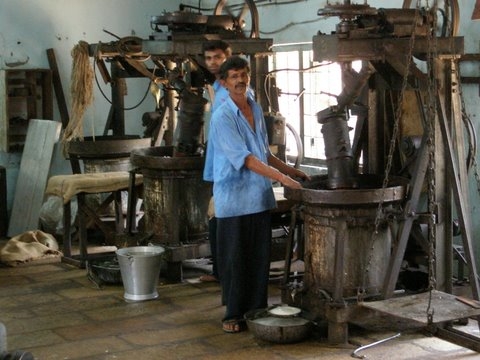 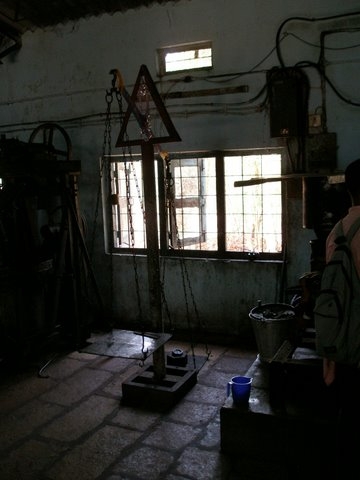 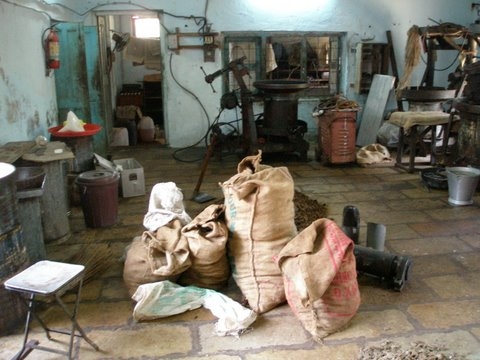 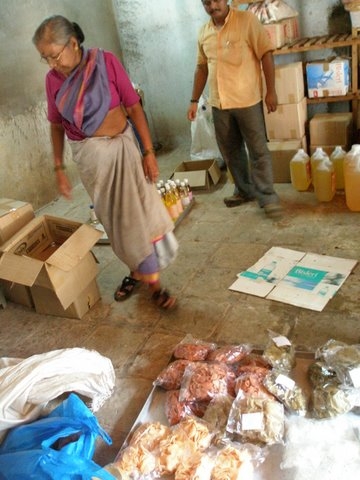 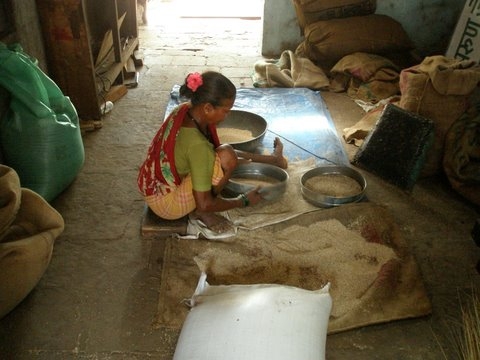 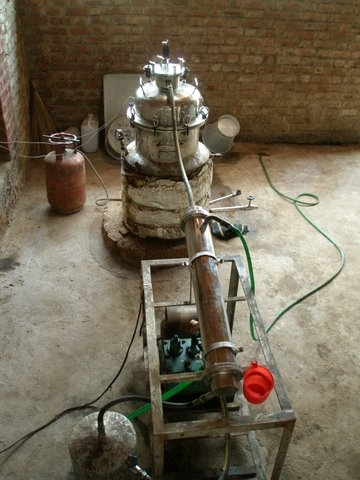 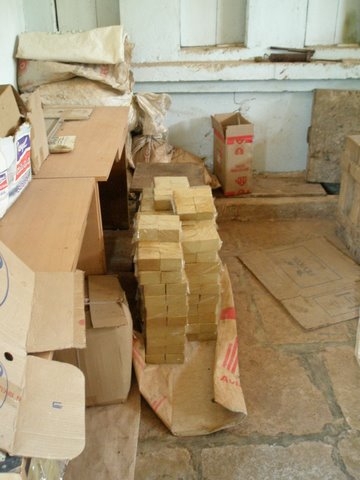 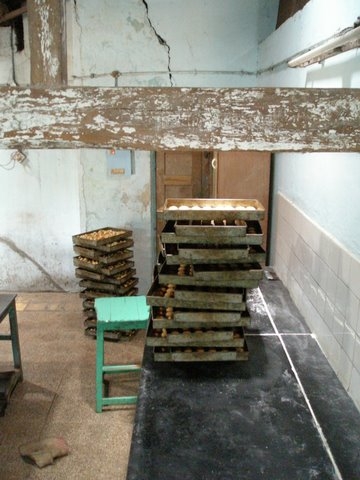