New Orleans        I mentioned at some length on my blog a couple of weeks ago (June 25th) that I was moving on to the “next chapter” of my work with the great sendoff I received from ACORN members at the recent convention.  Even while trying to quick step into future, there are still footnotes and milestones along the way that mark the closing of old chapters from those 38 years, and some of them are hard to avoid, particularly because of the constant snipping at our heels in this political season, where once again conservative pundits are trying to paint ACORN and its half-million members as part of some whacko-radical fringe.

The last touches and final due diligence are being done on a package to retire a debt from almost 8 years that finally ties off the loose ends to undoubtedly the most personally difficult chapter of my time with ACORN.  The money has been safely in escrow to retire all of these debts for the last several weeks and in coming hours will finally be back where it belongs.

In the middle to late months of 1999 one of CCI’s staff (CCI is the accounting and back shop services contractor for ACORN and its family of organizations) couldn’t reconcile various charges on corporate credit cards.  One thing led to another and once we brought in our outside auditors we found that the total amount of missing money was just short of a million dollars.  We were stunned.

In a meeting of our staff Management Council (composed of the managers of all of our larger operations and therefore our most senior people) in mid-December 2000 after the long process of sorting through all of the denials, the shock that “it could happen here,” and the varied proposals and individual conversations inside and outside of the organization on the options for handling such a serious — and sensitive — matter, the key decision had to be made and the die cast on how to manage this internal crisis.

December 15, 2000 seems a million years ago, but remembering back in many ways those were early days of the George W. Bush era that we have come to know so well throughout this period.  In December all eyes were still burning from too much CNN, too many hanging chads and last ditch hopes, and way too much Florida, but by then few of us doubted that a second Bush administration and all of the terrible problems that would bring was upon us.  It turned out that we had no idea how really bad it could get.

But for ACORN our memories of the troubles and harassments of the Bush I administration were still vividly etched.  We had endured years of an expensive and time consuming federal grand jury investigation brought and allowed to proceed for years by the Department of Labor alleging that ACORN was “too close” to Local 100 SEIU and they were not sure that Local 100 should be “involved in social change.”  Gary Delgado’s book about ACORN, Roots to Power, citing the connections between the various organizations was literally in the investigation file.  It was not until a year into the Clinton Administration with a new DOL from top to bottom that we finally got a call to come pick up a truckload of records that we had meticulously numbered and filed with them.

After extensive debate about possible options between public and private alternatives, prosecution and the likelihood of bankruptcy with no repayment or a private, personnel solution with restitution, the concerns shifted to the press.  The other central issue was publicity and how the organization would weather something in the papers that focused on malfeasance and how various funders, the public, and politicians would respond.      The thought was chilling.

The Management Council went one by one around the room so that each member could express their deepest and most personal view about what should be done.  I was committed to implementing the decision.  One after another people spoke and the decision was unanimous that we needed to do what was necessary to protect the organization given the real and immediate risks, and we needed to move forward to implement a private restitution agreement.

It had to be this way, because I had a conflict of interest.  The individual involved was my brother who had been the comptroller of CCI.  My family and I were shocked and humiliated.   He had to be reassigned away from the accounts.  We still have trouble imagining how he could have done this, but he did.

I had the burden of apprising the CCI board so the debt could be recorded and executed.  I talked to leaders who were members of the ACORN Executive Board so that they had the information and were also comfortable with the chosen alternatives to protect the organization.  The work continued.  We grew from 80,000 members then to nearly 500,000 now.  Our family of organizations grew from $20M per year then to the pace where we will spend $110M in 2008.  Many of our greatest victories on a city, state, and national level from living wages to hurricane recovery have occurred in this period.

Almost 8 years have gone by.  Restitution has been made by family and friends beginning in 2001.  Now the debt is finally resolved and the chapter closed.

Writing a couple of weeks ago on this blog, I rued some of the decisions I had made and the hard process of getting enough of them right.  This was certainly one of the hardest for any of us involved, and some might have made it differently.

As Chief Organizer, I respected that and felt I had to stand by the principles that I had argued in my time with ACORN including that as the chief executive officer, I had the final responsibility and therefore needed to exercise accountability were any required.  With the matter finally resolved and so many things in a place personally and professionally where it was appropriate to resign and move to the next chapter, it was the right time for me and everyone else.  I could write a book about hard decisions at ACORN and this one would have a special section.

Reading how backwards and distorted some would tell ACORN’s story, I am glad I did my job and protected the organization.

Hopefully, we are all wiser and stronger and able to move forward now. 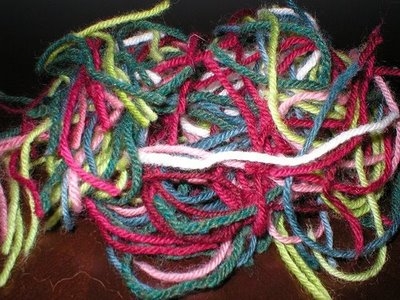